Having tackled the first few years of Only Fools and Horses in Part One (which you can read by clicking here), next we move onto some of the greatest years in the history of Only Fools – although this period began on a sad note.

Episode one – Happy Returns, where Rodney dates the daughter of one of Del’s old flames – briefly refers to the Grandad character being in hospital. In reality, actor Lennard Pearce died during production of this series, with some scenes shot for a later episode (which would be refilmed). To handle the situation, John Sullivan wrote a moving yet ultimately funny and productive episode entitled Strained Relations, where the Trotters openly acknowledged the real-life death, albeit referring to Grandad the character rather than Lennard the actor. It was so effective that David Jason and Nicholas Lyndhurst were in tears filming the scenes, but there were still moments of laughter to be had, such as a priceless mix-up involving Grandad’s hat and his coffin, and the humorous methods used for the introduction of Grandad’s replacement, Uncle Albert (played by Buster Merryfield). Although Grandad provided great comic foil for Del and Rodney, Albert was arguably even funnier and certainly a more loveable figure in the long run, with his recounts from “During the War” being show highlights on their own at various points going forward. Of greater note, though, was how Sullivan managed to weave a real-life death into a situation comedy, and pull it off so well and so tastefully that the show never missed a beat, and paid a fitting tribute to Lennard in the process.

Hole In One is the first true post-Grandad episode, although as stated Lennard had filmed scenes for this prior to his death. This episode, where Albert falling down a hole at the Nag’s Head provides a financial opening for the Trotters, had some great moments as did Happy Returns, to be fair. It’s Only Rock and Roll (where Rodney joins an aspiring rock band), Sleeping Dogs Lie (where the Trotters babysit Boycie and Marlene’s Great Dane dog Duke; this features the first appearance for Marlene, played by Sue Holderness), Watching The Girls Go By (where Mickey Pearce bets Rodney that he can’t get a date for an upcoming party) and As One Door Closes (where the Trotters chase a rare butterfly) all have their moments, too; at this point, every episode was of a high standard, with either a major laugh-out moment (like Denzil crushing Del’s butterfly in the final episode) or generally strong interplay between the characters in each edition. That the series had rebounded from Grandad’s death and was arguably better than ever before is a testament to Sullivan’s writing and the acting performances by all involved, perhaps none more so than Buster Merryfield, who easily filled the void left by the now-absent Grandad.

The first Christmas episode to have a significantly longer running time, To Hull and Back had a basic plot: the Trotters were helping Boycie and his associates to pull off a clandestine deal involving the smuggling of diamonds from Amsterdam. Due to its length and the lack of a laughter track from a studio audience, not everybody is a fan of this edition, which is understandable. For longtime fans, though, this is one of the stronger episodes due to the carefully-constructed plot which ties up several story arcs in an extended series of closing scenes, as well as some hilarious banter between the Trotters prior to and during their trip to the Netherlands. A side-plot where truck driver Denzil thinks that Del is following him across Europe is perfectly executed, as is a scene where the Trotter trio mistakenly believe that a secret policeman is chasing them through Amsterdam. This also includes the return of Slater, and his involvement has a surprise twist – or so he thinks. Hmm …

This one is down to taste for the reasons mentioned earlier, but it stands as a perfect example of John Sullivan’s well-planned writing of the show, with close attention to detail. As the first feature-length episode, this was the beginning of a new era for OFAH, where lengthy Xmas specials would become the norm and define Only Fools as the show to watch over Christmas.

The fifth series contained some really funny episodes; on offer here were From Prussia With Love (Del looks to cash in on a pregnant German lady; incidentally, this was originally planned for series four but was postponed due to Grandad’s death necessitating the Strained Relations episode), The Miracle Of Peckham (Del orchestrates a “miracle” at his local church”), The Longest Night (the Trotters are unexpectedly caught up in a shoplifting sting), Tea For Three (an apparent love triangle between Del, Rodney and Trigger’s niece Lisa), Video Nasty (Rodney is writing a screenplay with Del looking to cash in), and Who Wants To Be A Millionaire? (not the quiz show; Del is offered a chance to achieve his financial dreams in Australia by old pal Jumbo Mills).

There were some absolute gems across this series, particularly Tea For Three which features the famous Del-Boy-forced-to-go-hang-gliding scenario and the resultant chaos that stems from it. The Longest Night was also a treat and a rare episode filmed away from Nelson Mandela House. In fact, the only low points were The Miracle and Video Nasty, which only provided occasional laughs, but even they were of a much higher standard than episodes from the first few series’. Only Fools had probably achieved legendary status already by this point, but it could have ended here: originally, David Jason planned to leave after series five, hence the plotline where he was going to start afresh in Australia. Only when he reconsidered was Del’s last-minute decision to remain in the UK written into the story. Whilst the show continued, this would be the final “regular” series, as all episodes going forward would last 50 minutes or longer, in the case of Christmas specials.

A Royal Flush sees Rodney somehow end up dating a Duke’s daughter, with Del “helping” him to fit in. This also played before no laughter track, although an edited version released in 2004 did include audience reactions to the on-screen happenings.

Although this episode has its moments (in particular, Del’s unwittingly annoying behaviour at an opera show is hilarious), hardcore fans of the show do not like this one at all. This is mainly due to the final third, where Del, in a drunken state, humiliates Rodney at a posh dinner gathering. Whereas Del would occasionally dash Rodney’s dreams without realising it or in a comedic fashion, here it felt a bit too cruel; as if he was out solely to ruin Rodney’s chances. The Del character does explain the potential consequences of Rodney remaining in the relationship at the end, which perhaps justifies how he acted, but it wasn’t enough to satisfy fans who felt that Del was just too nasty, leaving Rodney as a harshly-treated victim. In fact, even John Sullivan agreed; for the 2004 version, some of Del’s dinner table behaviour was cut out, because it portrayed the character in a really negative light.

Not that the core audience minded: a whopping 18.8 million people watched A Royal Flush when it aired, almost double what the show was achieving in its early years. That being said, feedback was negative overall, at least compared to previous episodes.

For the next couple of years, Only Fools would only appear on our tellies as a Christmas special, and the next one was a true classic for longtime fans to savour. The Frog’s Legacy revealed that there was hidden gold which would make the Trotters extremely wealthy, only for the chase to be much tougher than Del and folk had envisioned. There is also a side-plot where Rodney unknowingly gets a side job as a chief mourner, and it is implied that the brotherly bond between Del and Rodney is not so straightforward (although this wouldn’t be addressed again for a very long time).

This is less about the laugh-out-loud moments (although the funeral march being led by Rodney is hilarious) and more about the one-liners and generally funny banter shared by almost all of the characters. The plot is easy to follow and takes some funny turns along the way. If anything, this episode is as strong an example of John Sullivan’s writing as any, since a number of story arcs are handled with patience and care, and are effectively interwoven at various points. Even though the episode ultimately does not resolve the leading plotlines, the door is left open for the series to come back to said situations in future.

It’s interesting that at one point the introduction of Freddie The Frog/Freddie Robdal, and his relationship with the Trotters, was meant to help bring OFAH to an end, the second time an exit strategy had been officially planned. Was Sullivan tired of writing or did he believe that the series had peaked? Or did he believe the original director Ray Butt, whose involvement ended with this episode, when he stated that the series had passed its best and should be brought to a climax? Whatever the case, it’s fortunate that Only Fools continued, because its greatest moments were arguably still to come, even if the focus of the show would change in future.

Although it was always a running plot that the Trotter lads were unsuccessful with finding true love, it never cancelled out their chief aim of becoming millionaires. However, Dates marked the beginning of a new era for OFAH, whereby landing the loves of their lives was equally as important, if not more so, than achieving financial success. This subtle shift began here with an episode that saw both Trotters re-enter the dating game; Rodney, by dating barmaid Nervous Nerys, and Del by using a dating website after Trigger unexpectedly found success in the same way.

Neither brother achieved much in the long-run in that department here, but there were still plenty of laughs, from Rodney’s daft tough-guy attire for his date with Nerys to Del’s misguided belief that he had been set up in the Nag’s Head by a strip-o-gram. Of greatest note was how Del’s dating fling here with Raquel (Tessa Peake-Jones) would ultimately be the first step towards finding his permanent life partner, or his “significant other” as he would later put it. Although there are a lot of laughs to be found here, there is also a focus on drama, especially with the end being Raquel thinking that Del had no-showed a date (he was actually arrested for the Nag’s Head incident). The soul of the show ensured, however, that viewers still left with a smile on their face, and the writing was of such a high standard that everything happened for a reason, and everything was written down to the fines detail to ensure the “correct” reaction was achieved.

Rodney’s dating adventure was also unsuccessful, but his romantic fortunes would change in the next series, the first for several years.

Check back tomorrow for Part Three! 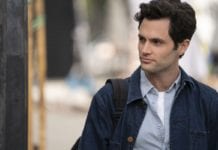 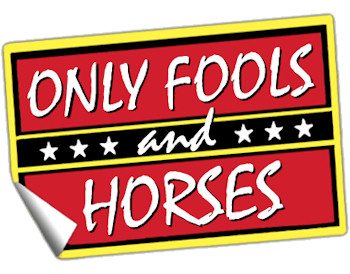 TV Opinion: Ranking Every Episode Of … Only Fools And Horses

TV Feature: The History Of Only Fools And Horses – Part Four

TV Opinion: A Season (Or Five) Too Many For Supernatural