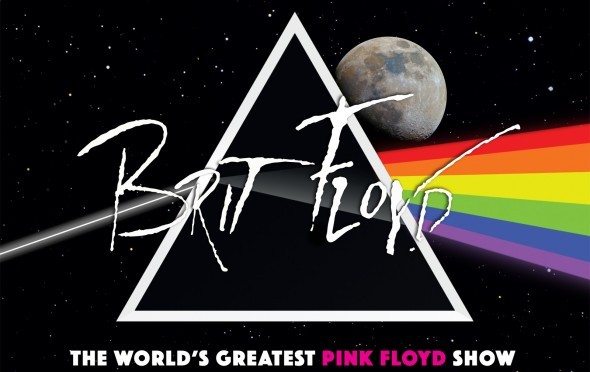 Almost anybody who knows their stuff about music will know about Pink Floyd. A British rock band who focused on alternative, psychedelic and thought-provoking songs, many of which lacked lyrics but carried emotional instrumental sequences, Pink Floyd quickly gained legendary status, and are remembered today as one of the most important and unforgettable bands of all-time. They formed in 1965 and toured for the final time in 1994, with a one-off reunion at Live 8 in 2005. Although it is more than 50 years since they arrived on the scene, Pink Floyd left an indelible mark on the music industry, and influenced other artists and bands that went on to achieve big things such as David Bowie, Queen and Radiohead. One cannot tell the story of British music, or indeed music, without discussing Pink Floyd.

Brit Floyd brings the Pink Floyd experience back to life with an exclusive tribute show, performed by an all-British band. Damian Darlington, the lead guitarist and band leader, was previously part of The Australian Pink Floyd Experience from 1994-2011. The Australian group still tours today, but Darlington made the decision to leave in 2011 and focus on putting together his version of a tribute to Pink Floyd. (You can read about that and more in our interview with Damian by clicking here.)

Therefore, one can definitely state that this show really is his vision for how best to pay homage to Pink Floyd. It isn’t just about the music, it’s about the production. The screen frequently displays a mix of cool and thought-provoking imagery covering all forms of life, entertainment and, at times, of our own planet within the solar system. Some visual scenes are designed to match the song (such as a brick wall for, erm, Another Brick In The Wall), whereas others are simply a reflection of life which, mixed with the slow nature of certain songs, actually make for a pretty emotional experience at times. That’s not including the strobe lighting which, whilst occasionally a little on the heavy side (those sat closest to the stage may not have been able to see directly into the lighting at certain points), provided another element to the show, whether it was the rainbow-colours to emphasise the band as a whole, or the changing colours of the dazzling lights on a rotating basis to match the emotion of that particular tune.

Now, for anyone unfamiliar with Pink Floyd, many of their songs would be – well – long. As in, well over six minutes, with quite a few coming in at ten or more minutes (Atom Heart Mother, released in 1970, lasted a whopping 23:39). This is reflected in the Brit Floyd show, as the actual number of songs may appear to be on the light side but, due to the extended guitar solos (and don’t forget that quite a few Pink Floyd songs were instrumentals, meaning no lyrics at all), the length of the songs themselves makes up for that. That’s not to mention that the songs were performed to an excellent standard and, as one onlooker pointed out, because of the band’s focus on instrumental numbers, these hits could be performed with incredible accuracy, to the extent where if one closed their eyes whilst listening, they might genuinely mistake Brit Floyd for Pink Floyd themselves.

As for the songs: Another Brick In The Wall went down very well. As Damian mentioned in his interview, Dogs became part of the set for the first time for this year’s tour, and this too went down a treat. Is There Anybody Out There, Money and What Do You Want From Me were also memorable renditions from this particular show. Although Damian was superb all night, and the rest of the band were of the highest standard as well, perhaps the standout performance of the whole evening came from Angela Cervantes, who (having provided backing vocals in a trio of background singers for other tunes on the show) delivered wordless vocals for The Great Gig In The Sky, but did so with such passion, with such a vocal range and with such a high pitch, for so long, that she earned a standing ovation afterwards, not only from the crowd but from her fellow band members.

The only sticking point for me from a production standpoint was its length. Pink Floyd fans – and Brit Floyd fans, obviously – would recognise that longer songs mean a longer show. However, coming in at just over three hours may not have been advisable, especially with the encore songs being announced more than 30 minutes before the final bows were taken. For any attendees who weren’t familiar with the band or were watching Brit Floyd for the first time, I’m not sure if such a long conclusion would be wise. On a side note, the group did well to overcome frequent heckling between songs from certain members of the audience, more so in the first half, although it probably didn’t warrant what appeared to be a pretty large number of safety stewards scattered throughout the arena.

More than perhaps any other music show, one has to be a fan of Pink Floyd to truly appreciate Brit Floyd. If you are unfamiliar with the group or if you are only partially aware of who they were and what they meant to their industry, then this show may not be for you, and certainly its running time will not be a reason for you to come along.

If, however, you loved Pink Floyd back in the day, or even if you have become a fan of the band in the last decade or so and wish that you had the chance to watch them perform live, then Brit Floyd is the closest and best experience that you would probably find, with some superb performances, dead-on instrumental renditions and occasionally mind-blowing production techniques. Simply put, if you love Pink Floyd, you will love Brit Floyd.

The Greatest Hits Of Motown – How Sweet It Is Show Announcement – Empire Theatre, Liverpool