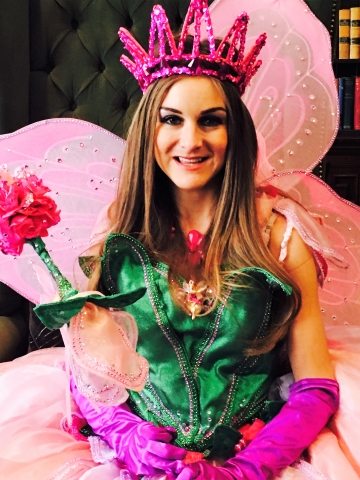 With Beauty & The Beast recently hitting cinemas, it’s pretty good timing that an Easter pantomime production of the classic B&TB story would be coming to St. Helens Theatre Royal. Starring Amy Thompson, Nikki Grahame, Liam Mellor and more, the show promises a lot of fun, laughs, songs and possibly a few “egg-citing” surprises over the course of its Easter run. We spoke to Nikki about her role in the show, as well as her previous Big Brother experience and her hopes for the future.

First of all, tell us about your role as Fairy Rose in Beauty & The Beast.

My role is to make Belle and the Prince fall in love. That’s my mission, and the Prince actually got poisoned and turned into a Beast, so if The Princess (Belle) falls in love with the Beast, she’ll see the true Prince underneath. He’ll transform from the Beast into the Prince, and they’ll have their “Happily Ever After!”

I understand you have previous pantomime experience as a part of Cinderella at the Epstein Theatre in 2012, how was that experience?

I love the Epstein Theatre. Cinderella was such an exciting run, and I also just love being in Liverpool. I was the Fairy Godmother in Cinderella, and I get to be the Fairy again. So, it’s a very exciting time.

This will be your second panto in the North-West. What is it like to perform in front of the Liverpool audience, which will extend to St Helens for Beauty & The Beast?

I just love Liverpool, and the Scousers in general! Everybody is so friendly; I always notice the difference, coming from London to Liverpool, because everybody’s so friendly here, whereas in London, everybody’s stressed, it can be a bit cold. But here, everybody’ so, so friendly, and it’s so nice. So watching the audience reactions, seeing them laughing; it’s so rewarding. It doesn’t feel like work at all.

Tell us your thoughts on the cast for this show.

Everyone’s been cast perfectly. It’s a really, really great cast. I think we’re gonna have a lot of fun with the accents and stuff. I was watching the rehearsals yesterday, just thinking “This is going to be such a good show!” Everyone’s just really throwing themselves into it, and it’s gonna be great.

You rose to fame as a contestant in Big Brother in 2006. Tell us why you applied to go on Big Brother and how you found out you had been chosen, and what were some of the biggest challenges of being on the reality show?

I have always been such a huge Big Brother fan. I still am; I haven’t missed a series since it started, and obviously since being on the show myself. To have been on it, and to have been called on it was just a dream come true. I’m so honoured and lucky to have been able to do that; it’s completely transformed my life, and I’ve had some incredible experiences from that, and I’ve been very, very thankful to that show.

As for the challenges: battling with the air conditioning, sharing the bedroom with 12 other housemates, there were lots of very unpleasant smells (laughs), the bathroom was putrid, there were hair extensions all over the floor – there were lots and lots of challenges! I look back on it with fond memories, though, and I’m still really good friends with quite a few of them, actually. I see Imogen quite a lot, and Aisleyne, they’re always on the London scene, and we’re friends on Facebook. I met up with Grace last time I was in Liverpool, she’s up here with Mikey. I’m still friends with Glyn on social media, Pete too … we all shared a really special experience together.

Tell us about the Nikki for JYY.London clothing range which launched in September 2015.

I got to try my hand in fashion, which was a lot of fun. That would be something that I would like to continue in the future.

What other future ambitions do you have?

Wow … I’d love to maybe go in the jungle one day (for I’m A Celebrity Get Me Out Of Here!), and prove everybody wrong, because I think everybody thinks that I would really struggle, but I would love to throw myself into it, and eat some bugs maybe! (Laughs)

Finally, what can the St Helens audience expect from Beauty & The Beast?

I think that the show is filled with energy, the costumes are just amazing and they’re all hand-made, and it’s gonna be a really uplifting, exciting, surprising show. It’s gonna be great; the music is exciting, with some really catchy songs. Plus, Beauty & The Beast is the show of the moment right now, so it’s the show to come and see!

Beauty & The Beast will be heading into the St. Helens Theatre Royal from Saturday April 1 to Sunday April 23. To book your tickets, click here. 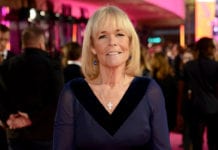