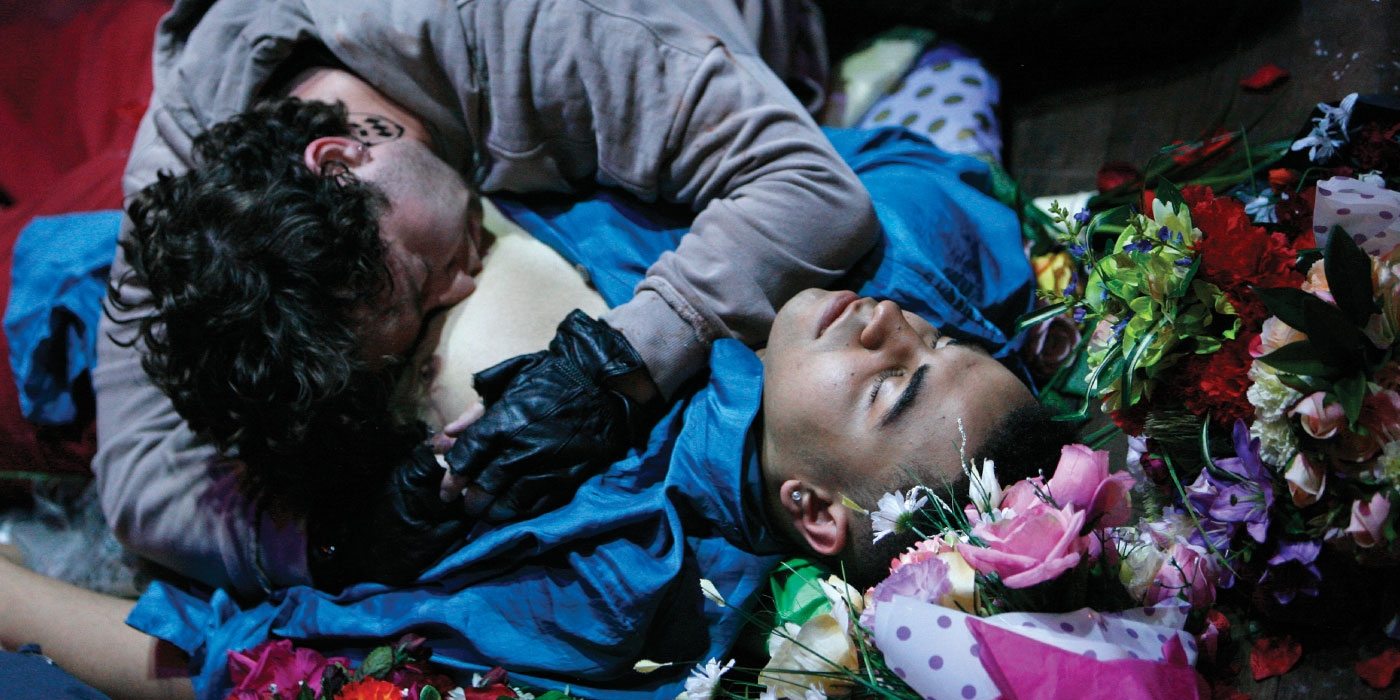 Entering the theatre beset with preconceptions, I feared a word-for-word retread of the great Shakespeare. A loyal adaptation in all its untainted grandeur.

I was wrong. Shockingly wrong.

This was Shakespeare on a mild trip. Tradition and prestige joined in marriage with an air of psychedelia.

Immediately, with the onset of the first scene, wistful cries of “alone, alone, alone, alone” swamped the theatre; a most melancholy musical number that united the audience in a universal quiver.

The Everyman is theatre in the round. This automatically impresses upon one, I felt, an impenetrable sense of magic and awe. It immediately makes things interesting. There was a real buzz in the audience; somewhere in the region of 400 at the most conservative of estimates. Impressive.

A few scenes in, after a somewhat bonkers modern rave scene, I felt the intellectual purists and their jaws become slack and inanimate and then drop to the floor with an animated guffaw as it dawned upon the audience that there was no Juliet, only a Julius in his place. The instinctive cynic in me sniggered when I read about this before the performance.

If the man-on-man aspect was meant to illuminate the play in any way, then I concede that it failed. Not spectacularly though. More of a flatline with a mild thud. There was nothing daring or controversial about it. Something inside me suspected it had probably already been done before.

That importance criticism aside, this was Shakespeare with a modern twist and it was great. Loyal to the subject matter, but not afraid to thrust at the audience with a fresh perspective.

The actor portraying Mercutio excelled, swelling with uninhibited charisma and bombast. Real magnetic talent. At one point, he moons Julius’ trusted Nurse. She too was a real scene stealer. Armed with a thick Barbadian accent and plenty of sass, she walks on stage at one point eating a box of fried chicken. Completely irrelevant to the plot, but the audience loved it, and nobody thought to question it because it was great, and when something is great we love it without prejudice.

Comic relief aside, this was all about Romeo, another one who emitted real magnetism. Forget Julius, who was largely – and unfortunately – forgettable. Romeo, on the other hand, sizzled. He commanded every scene and rippled with the promise of a young actor, fresh and ripe and (almost) upon his prime.

The lack of chemistry between the two leads cannot go unmentioned, but other aspects of the performance made up for this failing, examples being the lush kaleidoscope of costumes and playful injection of modern music into proceedings. Back to the negative, I just didn’t buy Romeo and Julius as a couple. As an actor, Julius was no match for his on-stage companion.

In short, it was a feast, and a most unexpected one at that.

Bidding his Romeo farewell, Julius muses “for in a minute there are many days”. That was not the case in this instance. The minutes melted away effortless. There was no clock watching or checking my phone; my eyes were fixed on the stage and the performance.

I have no reservations in heartily recommending this excellent production that succeeds in making Shakespeare accessible and palatable to the masses.