Jersey Boys is the crème de la crème of theatre musicals. The story of how Frankie Valli, Tommy Devito, Bob Gaudio and Nick Massi became huge stars as The Four Seasons with one hit after another, only for it all to fall apart (largely because of Tommy’s financial problems) is a compelling and cautionary tale, but it is the songs themselves, and the performances of said songs by the cast, that make this one of the most famous shows in the world, spanning from Broadway to the West End and from Toronto to Tokyo.

I had previously seen the Jersey Boys in 2015, and at the time I believed that it was the best show I had ever seen. Upon its return to Liverpool Empire as part of a second UK tour, I was excited, and though I probably enjoyed the previous incarnation more (most likely because it was all new to me), the latest version hits all of the right notes (quite literally), making for a fantastic night at the theatre once again.

The tone is set early on for a story involving music, sex, money, glory and tragedy. It’s divided into four sections (for The Four Seasons, of course), with each character serving as the narrator for each quarter. Tommy Devito (Simon Bailey) handles the first part, Spring; Bob Gaudio (James Winter) covers Summer; Nick Massi (Karl James Wilson) narrates Fall; and Frankie Valli (Michael Watson) runs through Winter. The band name makes the use of seasons to describe the chapters a wise one, and it also ties in with the fortunes of the performers: they spring to life, they enjoy something of an Indian summer, before they ultimately fall apart, and the winter represents darkness with Frankie learning of his daughter dying from a drug overdose. It also allows each member to tell the story from their perspective, at a time when they were playing a central role in the plot.

As for the story itself: we begin with Tommy Devito explaining the early days, before they were The Four Seasons, and before they even had four members. We see multiple scrapes with the law, as well as how Tommy initially discovered Frankie; crucially, Valli already had the voice, but it was Devito who paved the way for him to become a star, which becomes a debate between the two as the show rolls on. After some members decide that the spotlight isn’t for them, Bob enters the picture, and shortly thereafter, the Four Seasons are truly born.

Well, they were born, but they still weren’t making enough noise to make a difference in the music industry. It took just one hit (not a song, but a hit) to radically change their lives, that hit being Sherry. Big Girls Don’t Cry proved that they weren’t one-hit wonders, and further triumphs came from Walk Like A Man and December 1963 (Oh, What A Night).

Everything seemed rosy, but Tommy’s massive spending and even larger loans from local “helpers” would ultimately lead to the downfall of the group. Ultimately, the band has major decisions to make, and though Frankie especially would continue to thrive as a star, it wasn’t until 1990, and their induction to the Rock ‘N’ Roll Hall Of Fame, that they would share the stage again and reunite, for what turned out to be their final bow.

There are tremendous performances throughout. From an acting standpoint, Simon Bailey as Tommy Devito is probably the star, mainly because he has to demonstrate a wider range of emotions through the variety of situations he encounters, from the wise guy setting up the group, to the confident, controlling ring-leader to the joke-cracking, high-pitched singer to the emotionally drained figure of denial. However, all four are outstanding singers, with Michael Watson in particular receiving the opportunity to shine as he brings to life the one-of-a-kind vocal talents of Frankie Valli. Other background performers demonstrate their own abilities, but it’s undoubtedly the quartet, and especially Watson, that leave the strongest lasting impression. The production is excellent as a whole; the fact that I can’t really think of any negatives to the show says it all.

If I had to sum this show up, I would simply state that if you only ever go to one theatre show, it has to be Jersey Boys. The story is gripping, the acting is excellent, and the singing is incredible. It’s the ultimate theatre experience … Oh, What A Night indeed! 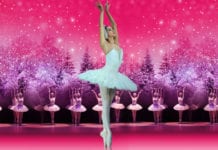