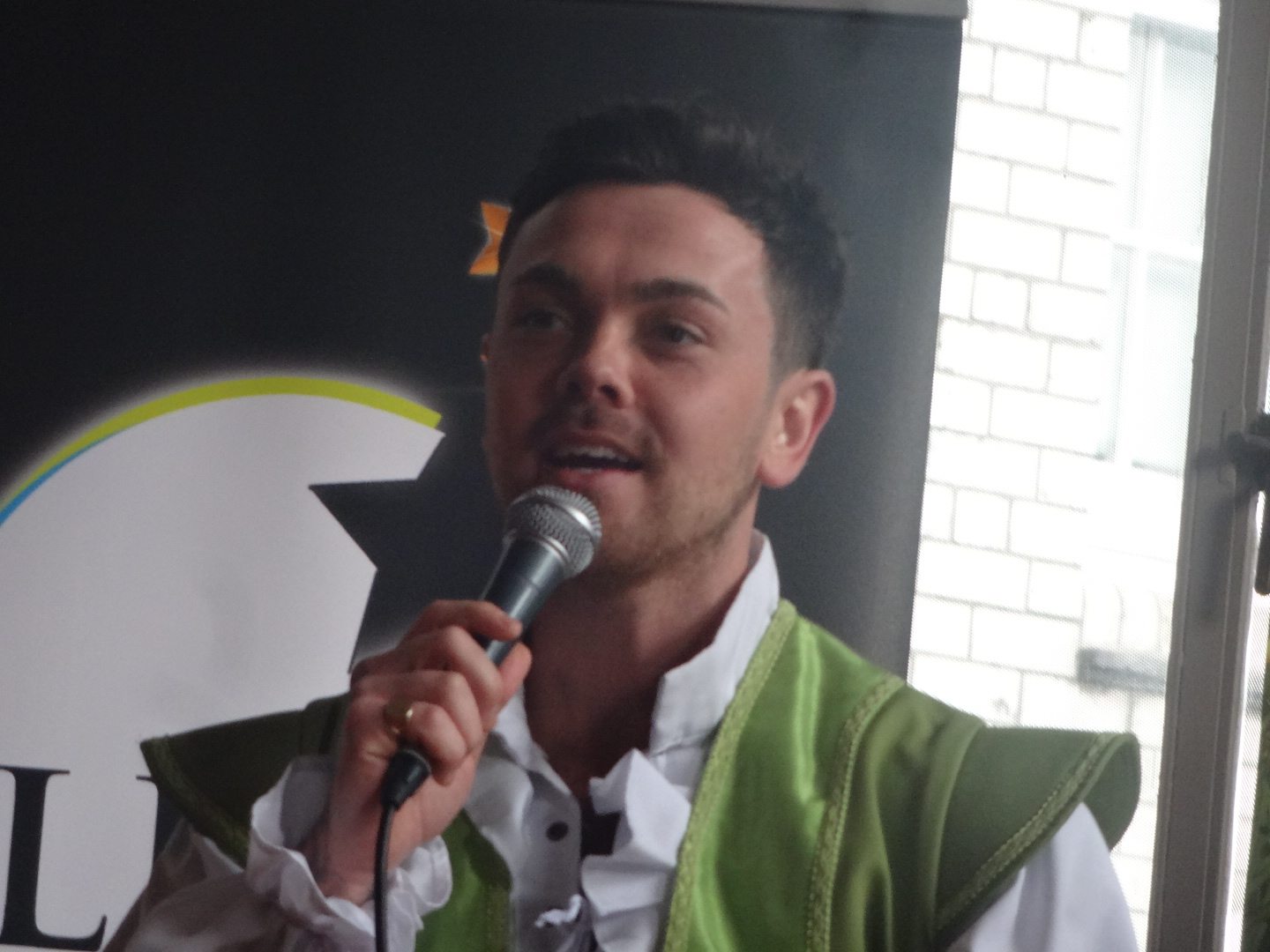 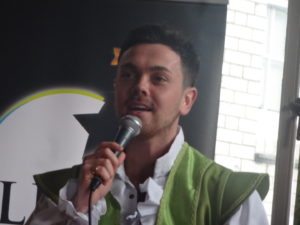 There aren’t many things that Ray Quinn hasn’t done over the last 10-15 years. From acting on the small screen to showcasing his talents on the theatre stage to singing in front of an audience of thousands, Ray has built up such a diverse career already, and still aged just 29, he will be performing for a long time to come. This year alone, he’s set to star in Summer Holiday, as well as getting back on his skates for the Dancing On Ice tour. Before all of that, though, he’ll be in the lead role for the Epstein Theatre’s Easter pantomime Jack and The Beanstalk. We spoke to Ray about his upcoming panto production, as well as the many highlights of his career thus far, and we also learn some facts that you may not know about him …

First of all, tell us about your starring role as Jack and The Beanstalk at the Epstein Theatre.

You’ve performed in many different theatre shows in the past, and it has just been announced that you will be starring in Summer Holiday later this year, based on a movie famous for starring Cliff Richard. Are you a fan of Cliff and of the original Summer Holiday movie?

My Mum and my Nan were both massive fans of Cliff Richard. My Nan means the world to me, bless her. She’s not with us anymore, but Summer Holiday was one of her favourite movies. So, as soon as I heard about this job coming along, I knew that I had to take it. So, yeah, I’ve always been a fan of Cliff’s. It was out in the 60s, and those were the days when it was okay to be a little bit sexy and a little bit raunchy, so it’s gonna be fun. It’s gonna be a new experience for me, because a lot of the shows that I’ve done have either been before then, such as the 50s with Grease, or after then (e.g. the 80s with the likes of The Wedding Singer). It’s a new realm for me, but I’m very, very excited. The songs that have been chosen for this show are essentially Cliff Richard’s songbook. Plus, I loved the film as well, so it’s all-singing and all-dancing which is perfect for me.

Turning back the clock, you first became known in Brookside as Anthony Murray. Given the nature of the storylines (which included bullying), was it a challenge to play this character, especially since it was your first major role?

No, not really, because I was so young. It was my first job and I took it all in my stride, plus I learned from some fantastic actors who were in the programme for a long, long time and have gone on to do marvellous things. So, I was surrounded by greatness if you understand what I was saying. I learned a lot as a young kid, and I just soaked it up with what I had. It was never a case of “Ooh, this is daunting” because I never knew about the experience of performing before. I just went with it and I got the job, and for me it went from strength to strength. I got some fantastic accolades out of it with the likes of the awards, so it’s only served me well. I look back on it fondly.

How much of a life-changing experience was it to be a contestant on The X Factor, and did you expect to go so far in the competition?

Oh, it was huge! Again, I just took it in my stride, as I’m not really the type of person who puts too much pressure on myself at the beginning. It’s always when I’m at the top and the pressure is on where you can’t control it, and you get to the point where you think “Okay, this is real now, all of a sudden it feels real!” You go through that non-reality phase where it’s all a bit of a blur and you’re like “Oh my gosh, I can’t believe I got this far!” Having got to the final, I was thinking “This is amazing!”, but looking back it is like “Wow, what a life-changing experience!”

You are catapulted into fame and catapulted into the public eye massively. I remember getting back to Liverpool and when the MetQuarter first opened, it must have been around 30,000 people that turned up, and swamped the MetQuarter, just for me to turn up and sing. At the time, you think “Wow, this is amazing!” but it’s only when you look back at it that you go “Wow! That actually was incredible!” Because I took it in my stride, I didn’t realise the vastness of it, the greatness that was happening around me. I loved every minute of it, don’t get me wrong, but what an experience it was, and I’m very thankful for the stepping stones that were put in place for me to make a career out of it, and I’m still here now 11-12 years on.

I’m still watching the current series, I’m a massive fan of the show and I always have been. Even when I was on it, I loved it, slept it, drank it, bled it; it was a huge part of my life. It still is now, even when I’m sitting at home as a punter watching it. But I’m so pleased to be a part of the tour again, and I can’t wait to get back on my skates. It’s been about four years since I’ve been out on the ice, with touring and what-not. So, I’m very excited to get out there, to get the competition rolling again, and to retain my title! (Laughs)

As noted, you’re about to star in Jack and The Beanstalk. Are you excited to perform with the cast that you’ll be working with?

Absolutely. I’ve worked with Claire Simmo before, but as far as everybody else, I haven’t worked with them yet, and I haven’t worked with (director) Lee Kelly before, either. But they’ve always been friends and acquaintances of mine throughout my career in the entertainment business. It already feels like a family unit, even just today being on the farm and walking round with cows, and goats flying everywhere, and swans, geese, ducks (laughs) … that was an experience in itself! We all get on and that’s the main thing. Being in Liverpool, my city, I’m a very city-home boy; I love where I’m from, I’m very proud of where I’m from, as are everybody else in the show. It’s a real, local, family show, and it’s about giving a bit back to the city itself. You’ll come and be entertained for that couple of hours. It keeps things local, and it’s a real nice part to play in the city.

Finally, tell us something that fans may not know about Ray Quinn?

Wow … well, they may know or they may not know that I’m really into my motorbikes. I’ve got a sports bike that I enjoy riding when the weather gets a bit better! Also, I am an Everton supporter, so my favourite colour is obviously blue. And I’m 30 this year, so I’m getting on now! (Laughs)

Jack and The Beanstalk runs at the Epstein Theatre from Friday March 30 to Sunday April 8. To book your tickets, click here.

The Best Of Queen – The Break Free Tour Preview –...