I went into this play knowing very little about the premise. Instantly, we were engaged by the lead. The set was simple, effective and left you wondering what to expect.

The first moments open with an elderly lady reading passages from a book. Her face was scrunched up, and the makeup was almost grotesque. She talked about mermaids, selkies and other sea creatures. She sang, she joked and she engaged with members of the audience.

If you think of a Vic Reeves-style personality mixed with a beautiful voice and some imaginative theatre, you have found a home in in the Unity theatre watching sirens. Once the elderly woman finishes reading, the lights go down. The show carries on, and a storm hits. Then, we are greeted with a half-fish/half-woman with a haircut suited for an underwater creature. She touches on subjects including litter in the ocean. A disturbance in the ocean that is down to man-made machines leads her to being washed up and trapped in cargo netting.

Katy-Anne Bellis instantly shows her qualities. Switching from soft singing to obscure comedy, the show flows with unpredictable intrigued. I literally had no idea what was coming next. As she flirts with a cargo ship full of sailors, she reveals a desperation to find love. Amidst the bizarre mermaid’s jokes lies a vulnerable woman searching for meaning. Katy-Anne keeps the audience invested as she raises the atmosphere with a hilarious “Manatee” song and dance. She dips her head into a box, and what follows will have our abdominals sore for a couple of days.

The show then dips back to the performance of this disgusting-looking mermaid. You can feel the play itself growing as the performance goes into the latter stages. Every time that there could possibly be a little bit of staleness, the show takes another crazy twist. I myself have been a lifelong fan of Reeves and Mortimer, and this show is a female version of their strange humour. Katy-Anne has found a niche, a small break in theatrical markets, and I think that if it’s worked upon, this show could really be something to talk about. It’s the type of show that you tell your friends about when you are at a house party after a few bottles of vino. It’s a real treat wrapped up in an excellent small theatre.

I believe the opening needs work. It needs to happen a little faster. Or maybe just a little more humour, or even more sentiment in the beginning, would have the audience’s attention immediately. However, once Katy gets into her stride, you can’t look away. Overall, it just needs to speed up to begin with, and then fine-tune the overall delivery, but it is an excellent idea and a real must-see for anyone looking for something that doesn’t follow the current. 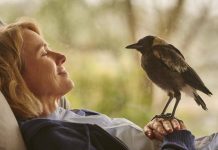 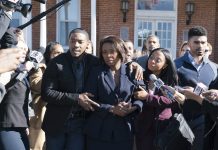