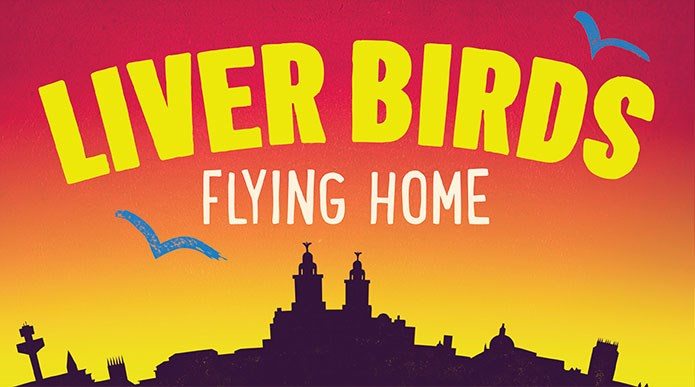 Liver Birds Flying Home is the theatrical revival of the story of two Scouse “dolly birds”. It continues the story of their 1970’s friendship, and life thereafter. If you grew up watching television in the 1970’s, The Liver Birds may have been one of the shows you followed, and this modern-day update may just be the throwback to your youth that you need. Liver Birds Flying Home brings back the favourite main characters: the best friends, Beryl and Sandra, with a few other faces new and old.

The production opened with our protagonists heavily clad in 1970’s fashion, arguing over what colour to paint the front door of the duos flat – a typical Liverpudlian argument “red or blue?” In a seamless transition to the present day, we then meet Beryl and Sandra as older women, coincidentally meeting each other back at their old home, though they’re both there for very different reasons. We’re quick to discover that this friendship was left on a bad note back in the 70’s, with Beryl being a little hasty to rekindle her friendship with the warm and friendly Sandra. Eventually, Beryl softens, reaches out to her old best friend, and they soon meet at a venue they both loved to visit together in their 20’s.

As the story develops, we eventually discover what went wrong between the two friends. The portrayal of the girls’ story was easy to follow, even though the entirety of the show flipped between the present day and the 70’s. Though the set was minimal, the different eras and locations were really well-represented, with great attention to detail. It was interesting to see the character development whilst discovering their backstory, and learn how both of them differed in their versions and opinions of the breakdown of the friendship. There was a gradual rekindling of a true and meaningful relationship between the dolly birds, helped along by their love for the city and their old shared memories, visiting places together they once loved and enjoyed together.

Towards the end, after thinking Beryl and Sandra have reconciled and we’re heading to a happy ending, a huge secret is revealed, and we begin to think this relationship is over for good. Soon after, Beryl’s world is rocked by a life- changing event, and she turns to Sandra for support. Our story ends with a true show of how opposites attract, when posh go-getter Sandra decides to stay in Liverpool with true Scouse home-bird Beryl, and we’re back where we begin, asking the most important question of all – are you a red, or a blue?