In the Total Eclipse Of Descartes tour that sits alongside his Radio 4 series of the same name, Rob Newman takes his audience through thousands of years of philosophy, right up to the ethical dilemmas we face in the age of AI. You may not think philosophy would provide the best material for a comedy show, but after watching this, you’ll question why more comedians aren’t mining the works of Descartes, Sartre and Kant.

The show begins with a stark warning of the dangers of using personal philosophy to inform scientific methods and then ultimately undermine empirical evidence. The culprit is educational psychologist Cyril Burt, whose false results on IQ and inheritance informed the rise of the Grammar school and influenced (and is still influencing) the fate of generations of people. Newman then moves on to his own angst as a parent and the pitfalls of ‘teaching to the test’.

This is an intimate show. Newman discusses his adoption in the 60s (hilariously) and investigations into his biological parentage. Family, and its underlying support in the face of philosophical ideals that the world can hold us to, is always in the background. He prefers the imagined philosophy of Sartre’s mother (which includes chicken soup and practical advice) to that of Sartre himself. Humanising the giants of philosophy and science is a recurring (and ingenious) tool that helps support his overall thesis. Newman tells stories of the ancient world using inspired modern references. Cue the story of members of Pythagoras’ number cult attempting to silence the one person who knows their mathematical secrets, in the style of a Godfather film.

All of the big philosophical and ethical experiments are explored here – Pavlov’s dog, the trolley problem, the fat man on a bridge, the tree falling in an empty forest and Shakespeare-typing monkeys. The latter is used to explore a distinction between the infinite and the limitless. It would have been good to see him unpack this distinction even more, as it is in this act of unravelling that both he and the audience seem to get the most satisfaction. While all of this may make you think that the show is heavy, it really isn’t.

It is accessible and stimulating, and performed with an actor’s touch. Newman moves in and out of characters to make his points enlightening and truly hilarious. His eloquence is not intimidating – rather, it crystallises his argument and gains empathy from the audience. The vast research he has done pours out. Brian Cox comes under scrutiny for promulgating the mysticism of science, just as much as philosophers do for promoting theories that are just that – by their nature, they have no real-world application.

There are one or two moments when Newman’s own pondering is on the verge of losing the audience, but he always manages to bring it back with an example grounded in reality, or a hilarious impression of how Paul McCartney’s face has expressed ‘mild surprise and curiosity’ for the last ten years. Newman also brings home the immediacy of philosophy and ethics we face today, with a fascinating section on the rise of the self-drive cars, and what the cars would do if faced with a real-life trolley problem. While these cars may have ‘ethical governance’ built in, whose ethical governance is that?

Newman clearly finds philosophy exasperating, and at times, just plain wrong, but it leads to fantastic material which he also delights in exploring and making fun of. His ultimate argument is that philosophy is imperfect because we – the beings that produce it – are imperfect. Philosophy is a very human thing. It is produced by humans for humans, by imagining scenarios that could never happen in reality. Why torture ourselves and others?

This show is not just about tearing down philosophy, but rather demystifying it. Newman’s message is ultimately an affirmative one. Don’t ignore philosophy, but take off its shackles. Just live.

I left this show feeling educated as well as elated. This was one of the best nights, if not the best night, of comedy that I’ve experienced in years. 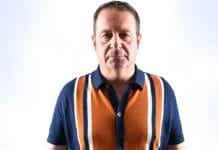