For more than 50 years, Cher has been an iconic name within the world of music. Her act has evolved with the times, ranging from the squeaky-clean and sweet to the hard-rock outrageous style of her later work, with plenty of highlights in between. A new generation has learned of her talents through an appearance in Mamma Mia! Here We Go Again, which has allowed her name to be on people’s lips once more.

And now we have this superb production paying tribute to one of the most famous female vocalists of all-time. Believe: The Cher Songbook perfectly captures the personality of Cher, with the show breaking up into multiple sections to reflect the development of both her career and her personality, and with plenty of cracking tunes to boot.

Charlotte Talbot truly shines as Cher; with shows like this, one is always watching with the hope that you could truly imagine the real-life performer standing in front of you, and Charlotte definitely achieves that. By the time that we get to Cher’s most famous songs, it’s easy to get lost in the moment and to imagine that, in fact, you really are watching the original artist rocking and dancing in front of you, supported by a first-class backing band/

The show kicked off with an interesting mix of the main choruses from each major Cher hit, before the evening began properly. To start off, we had a section dedicated to Sonny and Cher, with Sonny played by one of the show’s guitarists, Darren Jones. Not only because the duo led to Cher making her name, but songs like I Got You Babe provided a perfect start to the night, and a good way to lay the foundations for what was to come in regards to the beats getting stronger and the high notes reaching fever pitch (quite literally).

From there, we travelled further forward in time and further back through Cher’s back catalogue. The first half was very good, but the second half was even better, There were plenty of memorable numbers, from Dead Ringer For Love performed alongside Tim Wedlake on guitar, to a fantastic rendition of If I Could Turn Back Time to close the first half in an outstanding fashion, to a cover of Walking In Memphis which included an incredible high note by Talbot. The show shifted in tone impeccably, going from Bang Bang to The Shoop Shoop Song at the drop of a hat. I should mention that we had many costume changes authentic to those of the real-life artist, and again showing off her dynamic, unique personality. These outfits were also shown as part of the setting, and we had some neat lighting and smoke effects to complement specific songs.

Believe was performed just before the end, which was one of the many times that the audience were on their feet singing along and capturing the moment on their phones in both photographic and video form. It did make me wonder how the show (titled Believe, remember) would actually close. This was answered with a nice surprise: based on her aforementioned appearance in Mamma Mia! 2, Cher released an album last year of ABBA covers, and that’s how this night ended, with Fernando and an extended highlight reel with the main choruses from Super Trouper, Gimme Gimme Gimme, SOS, Dancing Queen, Waterloo and Mamma Mia, which went down a treat with the crowd. A quick bonus of both Believe and If I Could Turn Back Time rounded things off, and Charlotte also greeted attendees afterwards who wanted “Chelfies”. There was some unintentional humour when she walked off stage before being presented with flowers; I’m sure she received them shortly afterwards!

Overall, this was a fantastic night of entertainment, and unusually it is incredibly appealing for both Cher and ABBA fans based on the climax. Charlotte Talbot really does bring Cher to life, and the production as a whole is the perfect tribute to one of the most famous singers ever. If you ever get the chance to check this show out, I strongly recommend that you do so. 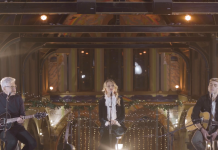 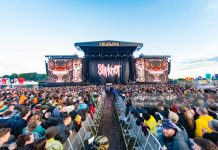 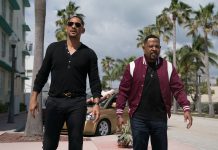 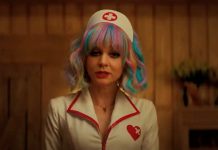 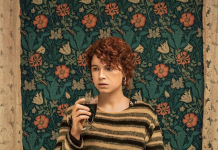