Get ready to moonwalk the night away at the Auditorium At M&S Bank Arena on Saturday June 22 with the world’s number one Michael Jackson tribute artist!

King Of Pop – The Legend Continues stars Navi who was hired by Michael Jackson himself as the stars official body double. Navi is widely regarded as the leading and most successful Michael Jackson tribute artist on the planet – a claim that is backed up by an incredible list of achievements chalked up in a career spanning three decades.

As well as working for Michael as his official body double, the star booked Navi to perform at two of his lavish birthday parties in New York and Los Angeles, and went on to give him a standing ovation (captured live on film by local news crew).

Talking about his relationship with the star, Navi commented: “To meet Michael was one thing, but to perform in front of the greatest entertainer of all time and to perform his songs was no easy feat and extremely nerve-wracking.”

The next morning, Navi unexpectedly received an invite from the King Of Pop to visit the star at his home, Neverland. Navi spent the day with Michael visiting his cinema, his zoo and even went on a few of the theme park rides – topping the day off with a barbeque on the grounds. “My memories from that day will always be some of my most precious” says Navi.

Since Michael’s death, Navi has continued to work alongside the MJJ Estate and has performed his tribute worldwide in a staggering 59 different countries.

Talking about the 2019 UK tour, Navi added: “The show is bigger and better than ever before with a few surprises. We know the fans will have a great time celebrating Michael’s music with us.”

With an incredible live band and dancers, the production features all of Jackson’s mega-hits in a fast-paced, two-hour show that will have you dancing in the aisles and singing along all night to the likes of Thriller, Billie Jean and Smooth Criminal. 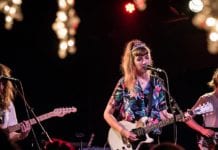