For those of you who have not seen September’s selection of free games for PlayStation Plus (PS Plus), it builds on the momentum set by August’s feature. There has been an upward trajectory in the quality of games on offer of recent, after several seemingly disappointing instalments in previous months. This month has a consistent theme of third-person action-combat titles that will have gamers brimming with anticipation on getting their hands on. These are two quality titles for absolutely no cost at all. If you are a fan of combination-based combat and intense boss fights, your time to shine has truly arrived. With all that said, let us dive straight in and see what September has to offer in replacement of August’s Sniper Elite 4 (2017) and WipEout Omega Collection (2017).

The grand finale in Rocksteady’s highly acclaimed Batman: Arkham series as you placed into the shoes of DC’s Caped Crusader for the third and final time in the acclaimed Warner Bros franchise. This title is set one year following 2011’s Batman: Arkham City as Batman takes on the infamous Scarecrow following the mass-scale evacuation of Gotham City. Scarecrow, with the help of the enigmatic Arkham Knight in forging an alliance of Batman’s most notorious enemies in thwarting the masked vigilante once and for all. Batman: Arkham Knight follows on from its predecessor in adopting role-playing mechanics, allowing you to explore the open world of Gotham, assign yourself missions and unlock new gear, doing so to great effect. By basing the game around these dynamics, Rocksteady allows you to play as the masked vigilante with the freedom to pave your way through its narrative and additional playing content seemingly by your own terms. While the gameplay elements of third-person melee combat and open-world design are improved upon Batman: Arkham City’s, it is with the inclusion and focuses upon using the Batmobile that this title enters new realms of possibilities for combat and transportation. Also included in this download you will receive full access the Scarecrow Nightmare DLC pack as well as an Arkham Knight theme for your console background. Receiving reviews of 87% on Metacritic and 9.2/10 on IGN, this title is an absolute must for your gaming catalogue.

THQ Nordic’s third instalment in the Darksiders series, in this title you play as Fury, the sister of Death and War, three of the four horsemen of the apocalypse, upon being summoned by the Charred Council to locate the seven deadly sins. This title follows the lore established in the previous three titles of the series. Although it takes place in parallel to Darksiders II, however, you will not be punished if you have not played the previous titles as the title still performs well as a standalone title. The title places you in a semi-open world, in so that you have the freedom to explore and advance at your own pace but there is linearity in the directions you go and there is little opportunity to stray too far from the path. The core of the game is in its combat, whereby you combat difficult enemies with satisfying flurries of hack and slash combinations, however, this is not senseless button mashing, timing, dodging and engaging with your enemies weaknesses is essential for overcoming them. You should have no quarrels in defeating enemies one-on-one, however, as their number increase, you will find yourself in excessively difficult combat situations. The true difficulty lies in the bosses. Reminiscent of Souls titles, the game’s bosses will waste no time in trying to make your life difficult, this is where your choice of using daggers, swords, whips and magic can define the outcome of every tricky encounter you will face. Receiving ratings of 7/10 from IGN and 70% on Metacritic, it is certainly not a perfect game, but definitely worth a go if you fancy a challenge.

This month’s games on offer should certainly come as a pleasant surprise to PS Plus subscribers, Batman: Arkham Knight and Darksiders 3 are quality titles for fans of third-person action/adventure fans and show a refreshing sense of ambition for the potential quality of games that you can be offered each month. There is certainly enough here to keep you busy in the meantime. So hop into your Batmobile and get collecting those souls! 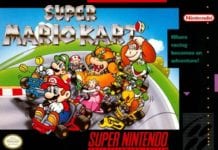