A local organisation is bringing to life a brand new Liverpool Lost Dock Rum beverage that will pay tribute to the Old Dock of Liverpool which has been a forgotten yet crucial tale for over 200 years.

3 Lids Rum are led by a three-man operation who bring together years of experience when it comes to professionally cooking food, formulising beverages, developing concepts and managing successful businesses. All are born and bred in Liverpool, and their lifelong appreciation of the city is matched by their joint passion for rum.

Now, 3 Lids Rum are taking things to the next level with their plans to launch a spiced rum drink named Liverpool Lost Dock Rum, which is intended as a call-back to the days of Liverpool’s dock serving as a central base for global trading and porting.

A particularly momentous time for the city came shortly after Liverpool celebrated its 500th anniversary. Thomas Steers was appointed as designer and chief engineer (and later the dock master) in order to resolve issues caused by tides, which limited when ships could loan and unload cargo. Overcoming financial challenges, Steers initiated a project which saw the redesign of the city’s own dock alongside quaysides and a river gate, thus allowing ships to carry out their business at any time and in any conditions. The results speak for themselves as Liverpool became one of the world’s most important cities for international trade and commerce, linking the dock with every major country and town across the globe.

None of this would have been possible without Thomas Steers, and Liverpool’s reputation as a global nerve centre for business remains strong to this day. That being said, the spirit of his work has gradually become lost through the sands of time, and for almost 200 years, this historic flashpoint in the city’s history has been hidden away and recognised only by the most avid of local historians. Now, though, Thomas’ legacy and this momentous turn of events will be honoured with Liverpool Lost Dock Rum.

The elements for Liverpool Lost Dock Rum bring together several key ingredients which are renowned with being imported into the city in high numbers during the peak period of the 1700s and 1800s. Along with rum itself, the likes of spices, sugar and tea are all included as part of the formula which results in the creation of this beverage. Keeping in line with its international heritage, the rum is an English-style drink from Guyana, combined with teas and spices from various corners of the globe, and topped off with a small dose of smokey orange. The result is an incredible drink to sample, and the contents essentially merge the impact of Thomas Steers into one bottle.

In order for their vision of Liverpool Lost Dock Rum to successfully launch, the team at 3 Lids Rum have set up a crowdfunding page, where anyone who wishes to enjoy this drink can contribute and support the company’s vision to introduce a beverage that will act as the perfect homage to one of the most important men in the history of the great city of Liverpool, and to honour the incredible impact of how he transformed the fortunes of the dock.

The crowdfunding project launches today, and the plan is for the target of £10,000 to be reached by the November 1 deadline. Backers will be sent their bottles of Liverpool Lost Dock Rum just in time for Christmas, making for an ideal gift for the holiday season, especially for those with a keen interest in the history of the city. 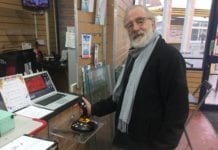 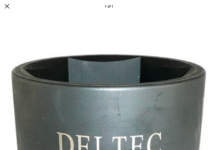 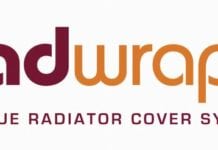 Business News: Radwraps And LJMU To Carry Out New Experiments To...