Hello and Happy New Year! The first instalment of free games in 2020 has arrived, courtesy of a PlayStation Plus subscription. Sony is not messing around this month as the first entry of the series in the new decade makes a huge statement. Often times the quality of titles on offer have been criticised, with PlayStation users left particularly disappointed after waiting another month. However, the back-end of 2019 saw the monthly instalments receive ever-improving plaudits as popular titles became frequently available on the service. This month is no different. Without further ado, here is what we can get our hands on in January 2020.

The first title available is one like no other, a benchmark of last-gen gaming, Naughty Dog’s Uncharted: The Nathan Drake Collection. This is a third person, cover-shooting masterpiece. Placed in the shoes of Nathan Drake, you are thrust into the cutthroat world of treasure hunting. This iconic series will have you travelling the globe, solving puzzles and scaling across a wide scope of incredible vistas with a unique parkour system. All the while, you will be fending off a cohort of enemies that seek to best you in the race for history’s greatest treasures. There are effectively four games available this month, largely thankful to Uncharted: Nathan Drake Collection. It offers you the first three games of the tetralogy, in one neat package.

The developers handled this re-release with care as all three titles have received graphical enhancements and framerate upgrades to lend polished visuals and brilliantly smooth gameplay on the PS4. The Uncharted series boasts some of the most impressive visuals in the time they were released, they were due something of a rebuff. This to avoid them playing sluggishly or looking outdated as often is the case when last-gen titles are released on the current hardware. This means you can experience each game with similar magic as when you first discovered them.

If you have never tried these out and do not intend to play through all three titles, I personally recommend that you try Among Thieves. Many consider it one of the finest games of all time, which is a statement difficult to deny. Because of its third-person combat and emphasis on exploration, I recommend this for fans of Tomb Raider and Assassin’s Creed,

Comically released on April fool’s Day, the second title available is Goat Simulator. As written on the tin, this game that allows you to live out all of your goat like desires and so long as it involves smashing up your surroundings and ruining people’s day. In this bizarre title, you play as a goat with the sole mission of causing as much chaos as you possibly can. Have you ever dreamed of being a goat? Well now is your chance to live out those fantasies!

Outside of breaking things and disturbing the peace, there is no definitive gameplay objective to behold; however, this is not necessarily a bad thing. The unscripted nature of the goat’s interactions in this small rural setting will grant you, if nothing else, a couple of hours of cheap laughs. Playing on that childlike sense of humour we all possess, it is always hilarious when your goat interrupts a quiet gathering of NCPs and flailing them in every direction. The madness and spontaneous chaos are complemented by a plethora of bugs and glitches that developer Coffee Stain Studios has intentionally left in the game for even more thrills and spills.

Although this is not a polished or engrossing video game, if even a game at all, It is, however, sure to have you laughing at least for a small while.

Sony was ambitious with this month’s PS Plus instalment and clearly wanted to get off on the right foot at the start of the New Year. What better way could they celebrate the new decade than by giving you a true masterpiece of the decade previous… Goat Simulator! I joke of course, what I really mean is with Uncharted: The Nathan Drake Collection. These are the games that lifted the standards of adventure gaming and gave gamers a reason to choose the PlayStation 3 over the Xbox 360, such as myself. Therefore, PS Plus in January is a real treat with the inclusion of the Uncharted Trilogy (and Goat Simulator for good measure). But these are just the thoughts of one person, what are your thoughts on this month’s line-up? Let us know in the comments below 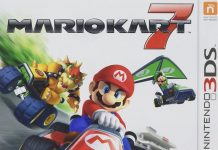 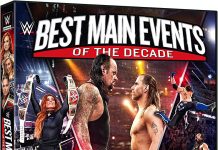 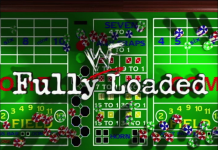 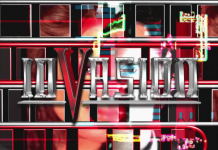