BoJo’s World, a political satire play by Succour Punch Theatre, is a children’s television show style political satire. Drawing upon well-known political scandals of the last 20 years as selected by focus groups, this production surrounds the adventures of lovable clown BoJo and his friends. Through the use of mask work, clowning and puppetry, this high energy, verbatim-scripted show is jam packed full of laughs and hilarity.

True to name, Succour Punch will be serving you a political message with a punch. Many people believe political and social issues are not their concern. Succour Punch aim to change this and to empower society to care more about humanity than vanity.

Sarah Sharp, managing artistic director, commented: “BoJo’s World is our fight back, Liverpool voted very strongly for a Labour government while the rest of the country it seems were happy to get behind the Conservatives in order to ‘get Brexit done’. Our show looks at the political scandals of the last 20 years and provides much needed laughter. The way we see it, we need to laugh or we’ll cry.”

Ciara O’Neill, creative director, noted: “This is theatre that is needed! It’s theatre that says, you may continue with your ludicrous behaviour … but we will always be here to create shows that call you out on it. That will never stop. It’s our own quiet revolution!”

Faye Draper, creative director, added: “The show is an anarchic, chaotic, satirical production showing that the real farce is the people running our government. Red or blue, we are not an English theatre company; we’re a Scouse theatre company.” 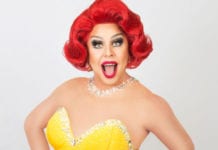 The Last Will And Testament Of Henry Van Dyke Review, Hope...