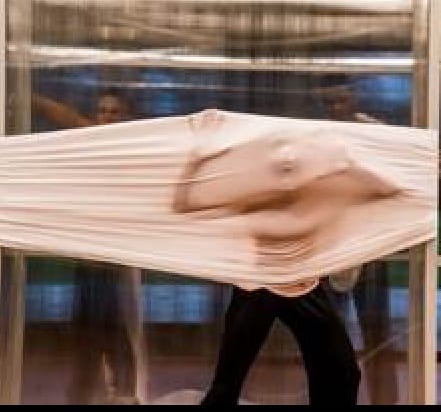 I Think We Are Alone

Frantic Assembly return to Liverpool’s Playhouse Theatre this February with an exploration of relationships in the modern world, as the pioneering theatre company celebrates its 25th anniversary with I Think We Are Alone.

Written by Liverpool-based writer Sally Abbott, I Think We Are Alone is co-directed by comedian Kathy Burke and Frantic Assembly artistic director Scott Graham. The production premieres in Plymouth, before transferring to the Playhouse from February 11-15.

Scott Graham, artistic director at Frantic Assembly, said: “I leapt at the opportunity to work with Kathy Burke, a woman whose opinion and work I hold in the highest regard. Our collaboration will be a dialogue into the unknown and is all the more exciting for it! There is much to learn and I cannot wait.

“This year we will allow ourselves a brief indulgence of looking back as we celebrate 25 years of leading the way in making new work, new writing, movement direction, direction through movement, workshops and training. But that focus will very quickly move to an exciting future of bold and ambitious projects to take the company to the next level.”

Kathy Burke said: “Having been a fan of Frantic Assembly for many years I’m really looking forward to working with them as a co-director as it’s something I’ve not done before. It’s good to try new things when you’re a groovy oldie.”

I Think We Are Alone Tickets

I Think We Are Alone runs at the Playhouse Theatre from Tuesday February 11 to Saturday February 15. To buy tickets, click here or call 0151 709 4776.