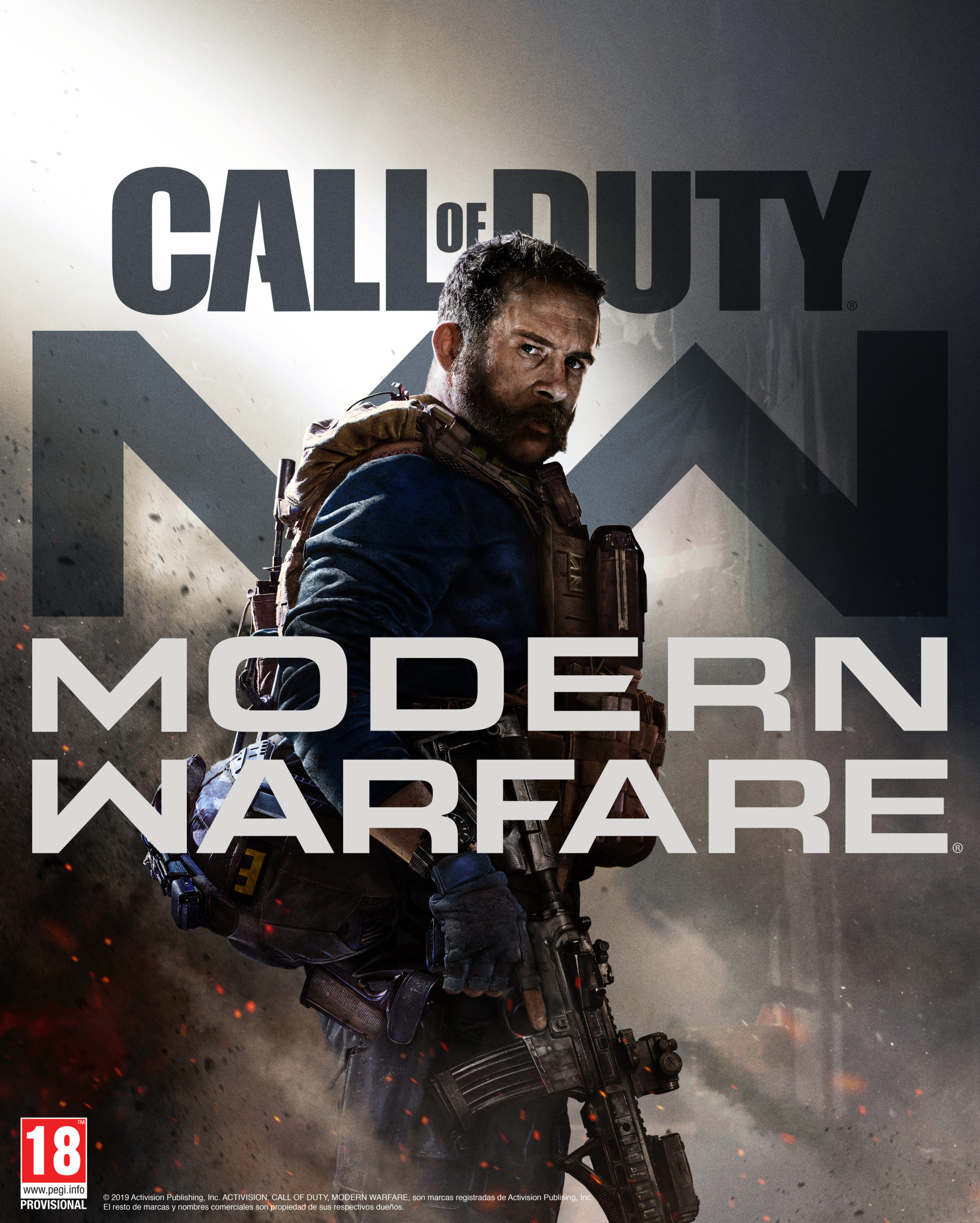 It has to be said, the three certainties in a gamer’s life are death, taxes and a new Call of Duty release in the autumn period. That is right; the world’s most famous shoot ‘em up franchise is back with the next instalment in its annual release cycle. As is always the case, this comes with the joy of many players but also the chagrined rolling of eyes from others. Without further ado, here is a review for the soft reboot Call of Duty Modern Warfare (2019)

After taking a year’s break from including a single-player mode, Modern Warfare takes a step, back in time to offer gamers a solo-fought narrative experience that I felt was sorely missed in 2018’s Black Ops 4. To the joy of many fans, Modern Warfare sees us reunited with moustache wielding Captain John Price as SAS forces and the CIA combat against Russian invaders in the fictional Middle Eastern country of Urzikstan. A mission to recover deadly gas goes wrong and a second antagonist faction ‘Al-Qatala’, a terrorist organisation, reveal themselves as an additional enemy in the game.

Although this is very much akin to Modern Warfare’s of old, I feel this is an uninspiring narrative for a Call of Duty that is trying to reinvent itself. With all that said, however, I guess it would not be a true Modern Warfare title if not for fictional Middle Eastern settings and Russian invaders.

Furthermore, Modern Warfare attempts to exhibit the horrors of modern combat by thrusting you into the front row of difficult moral situations and themes. These include and are not limited to suicide bombers, civilian casualties, waterboarding and many more.

What We Expect And More

At first glance, a Modern Warfare title with Boots on the ground gunplay might convince you of time travel. However, this is Call of Duty, as we have never seen it before. Historically, each new addition to the franchise attempts to ramp up the action and intensity. Nevertheless, Modern Warfare makes the most of those quieter, more unsettling scenes..

This roughly six-hour affair has all of the street battles and room clearances that we have come to expect. However, Infinity Ward makes a great effort to keep things interesting by providing us with a fluctuating and unpredictable pace of gameplay. Those close-quarter combat moments when the lights go out and you can hear a pin-drop is testament to some of the most memorable scenes this title has to offer.

Additionally, Modern Warfare flexes its creative muscles when you are tasked in escorting a civilian through a terrorist occupied building through the operation of surveillance cameras, which slows the action down by quite a lot and subsequently ramps up the tension. These new gameplay mechanics are a welcome change from the usual back and forth of bullet exchanges, which can otherwise become stale after long. This is a consistent element to Modern Warfare where you are tasked with solving controversial and morally grey issues with new and creative means.

Although many players will be pleased to see the inclusion of a single-player mode this year, ultimately, the reception of its online multiplayer will be the ultimate make or break for this title. Furthermore, considering this Call of Duty garners the fabled ‘Modern Warfare’ in its title, arguably the defining multiplayer shooter of the previous decade means 2019’s instalment has some massive expectorations to meet.

From the offset, that fast-paced and balanced gunplay that we have come to expect in this franchise is back once again. In fact, the gunplay in Modern Warfare is arguably Call of Duty’s best ever. Every gunshot packs a punch as each bullet sounds loud and full of impact. In addition, I feel that Modern Warfare has found that genuine ‘sweet spot’ with recoil rate across the cache of weapons and they all feel comfortably weighted to run with and aim down the sights.

After taking some time to experiment with different load-outs, no weapon feels largely overpowered compared to the rest. Although I do find myself leaning towards assault rifles more often than other classes and the 725 Shotgun could maybe do with a nerf. Otherwise, the gunplay in Modern Warfare’s multiplayer is a joy to the senses. Couple this with a new and expansive weapon customisation system and you have some of the finest gunplay in a Call of Duty to date.

What has historically separated the wheat from the chaff with Call of Duty games has often been the quality of the multiplayer maps. Modern Warfare 1 and 2 and Black Ops 1 and 2 are considered by most to be the crème de la crème of Call of Duty games and boast the most finely- crafted and iconic maps in the franchise. There is a reason that Shipment and Nuketown have been recreated as many times as they have. The same cannot be said about Modern Warfare, however.

Maps typically dictate a certain style of play, in Modern Warfare; the conventional three-lane maps have been abandoned for more open and intricate layouts. However, the maps have been widely criticised for encouraging camping from players and after amassing a good amount of playing time myself, I agree that this seems to be the go-to playing style of many online gamers. The maps appear to have particular lines of sight and vantage points that handicap players using more aggressive styles of play.

In truth, I found myself exposed and being picked off by campers more frequently than in previous Call of Duty titles, as my memory serves. Running around like a headless chicken with a submachine gun is not a tactic I recommend on these maps, though I will leave you to be the judge.

If none of the above appeals to you, then it is definitely worth noting that Modern Warfare comes bundled with a Spec Ops mode for you and some pals to participate in a series of PvE modes. You have the choice of three wave-based modes; Operations, Classic Special Ops and Survival. In Operations, you are tasked with four distinct challenges that coincide, albeit loosely, with the main story mode. This can be particularly difficult played on solo, so I recommend throwing on a headset and acquiring the help of a couple of pals like it is 2010 again.

Survival is a horde-mode that grants players an in-game currency for every kill to be spent in-between rounds. An interesting take on the horde mode mechanic we are all accustomed to with this dynamic ‘reward per kill’ system, Likewise with Operations, this mode is best enjoyed with friends as the difficulty spike post-round ten can become overwhelming, if not unenjoyable.  Classic Special Ops is also a horde mode that involves fending off against waves of enemies from vantage points on custom maps, This can be fun for a little while but I found I typically lost interest in favour of other game modes. This is typical of Spec Ops in general; it served as a nice break from multiplayer, although interest does not last too long on this game mode.

This year’s Call of Duty release was a commendable attempt to introduce new gaming mechanics while also attempting to perfect elements already lauded by fans worldwide.   Graphically, Modern Warfare not only looks the best in the franchise. It is arguably one of the most gorgeously designed shooters of the current gaming gen. It also comes packaged with incredible audio to match. The sound of footsteps, voices and empty bullets hitting the ground after each shot are symbolic of the technical feat achieved in this year’s release.

After jumping on the Battle Royale bandwagon last year at the cost of a single-player mode, Modern Warfare’s (2919) inclusion of a narrative-driven campaign was a welcomed feature. Reverting back to its routes and introducing new gameplay features was a necessary method for Modern Warfare to reclaim its traditional identity that many believed it had lost over the last few years. My biggest complaint would be its criminally short run time of roughly six hours but it is a sign of good things to come in the future.

Although Modern Warfare’s variety of multiplayer features is to be commended, it is by no means perfect. Its exquisite gunplay, weapon customisation and new game modes are a joy to behold. However, you must ask yourself if they are enough to make up for poor map designs, the inability to skip said maps and the serious problem of spawn camping. Meanwhile, Spec Ops certainly has the potential for a few exciting moments but it lacks a certain imagination and replay value. Fortunately, those tried and tested formulas that make Call of Duty  so addicting and the quality of new game modes ‘Gunfight’ and ‘Ground War’ mean there is always something to keep you coming back to multiplayer.

It is encouraging to see Modern Warfare trying new things to keep the series engaging while perfecting some of the core elements that we love and adore. However, for every new addition Infinity Ward got right, there is something gleamingly wrong. No doubt, Modern Warfare is an encouraging sign of things to come but I feel it will be remembered as the masterpiece that could have been. 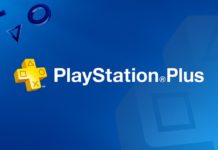 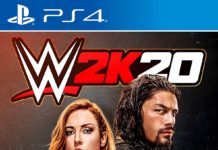 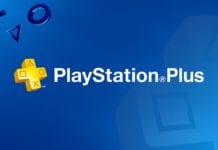