That’ll Be The Day

That’ll Be The Day mixes top-drawer musical entertainment with a healthy dose of feel-good nostalgia, and the show has just come to St. Helens Theatre Royal.

A plethora of songs were performed throughout the show to cater to all sorts of age groups, demographics and eras from down the years. SAs the name of the show suggests, That’ll Be The Day by Buddy Holly was a key number, but many other well-known tunes from the 1950s, 1960s, 1970s, 1980s and even the 1990s were covered, ensuring that everybody had several hits which they not only recognised, but could sing and dance along to throughout the night.

Amongst those were Jailhouse Rock by Elvis Presley, La Bamba by Ritchie Valens, I’ll Never Fall In Love Again by Tom Jones, Say A Little Prayer by Dionne Warwick, Apache by The Shadows, The Sun Ain’t Gonna Shine Anymore by The Walker Brothers and Jolene by Dolly Parton were amongst the plethora of tunes covered. We also had several Beatles hits with Get Back and Hey Jude, and amongst the highlights of the evening was the performance of the Whitney Houston classic I Will Always Love You. There were many others covered too.

The performances were great throughout, with the rather large and highly talented cast sporting authentic costumes to elevate their particular renditions even more, and their attires were amazingly colourful and very accurate. It helped that the songs being sung are still very popular today, and with plenty of artists whose names slip off the tongue. Besides those already named, we had tributes to the likes of Cliff Richard, The Rolling Stones and Sandie Shaw too.

All of the songs were performed with great energy and enthusiasm by the very talented artists, many of whom could play numerous instruments. What was amazing was just how much they sounded like the original artist. There was also good comedy interspersed in the show with hilarious sketches, and it has a vibe of bringing smiles to faces as you look back on numerous wonderful eras of music. This year is the 35th anniversary of That’ll Be The Day, and based on the evidence here, it could easily continue for another 35 years.

That’ll Be The Day is an absolutely fabulous show and a trip down memory lane, particularly for those in their 50’s, 60’s, and 70’s.

For more information about That’ll Be The Day, click here. 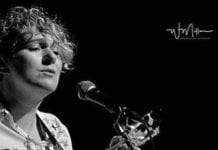 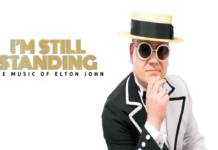