Only Fools And Horses

Only Fools And Horses is the greatest British sitcom of all-time. With a back catalogue of 64 episodes that includes dozens of absolute classics, along with the strongest resume of consistently fantastic Christmas specials of any television programme, OFAH is the gold standard of situation comedy. Starring David Jason and Nicholas Lyndhurst as Derek “Del Boy” Trotter and Rodney Trotter, the Peckham-based show began with little fanfare in 1981, and by the time we got what was meant to be the final farewell in the form of a trip of Xmas shows in 1996 (the latter of which was seen by an astonishing 24.3 million viewers, an all-time record for British comedy), it had become a national institution. It did return for three more specials in 2001, 2002 and 2003, but even now, almost 40 years after the programme first aired and despite the deaths of several significant cast members (including its writer John Sullivan), and the clear (and obvious) aging of its surviving performers, fans would tune into the show in their droves if it were ever revived again.

With so many incredible episodes to choose from, theoretically it’s tough to pick the absolute best examples of what made Only Fools And Horses so brilliant. However, certain editions simply stand out brighter than others, and when the show was truly at its peak, nothing has ever managed it on the small screen, past or present. In this regular feature, we take a look at the best 12 editions of a particular programme, and in the case of Only Fools And Horses, we’re picking out the absolute best of the best. So, which episodes top our list? Let’s find out!

(Note: we previously ranked every single episode of Only Fools in an article written back in 2016, which you can read by clicking here. However, we’ve made some changes to the top of the pile for our updated list where we felt it was necessary, because we don’t want to be plonkers all our lives.)

We’ll start with a bittersweet show, as this marked the on-screen death of Grandad, due to the real-life death of the actor Lennard Pearce. But while it’s undoubtedly sad, it’s handled tastefully and it still allows for some great comedy, especially once Del and Rodney realise that the perennially-unlucky Uncle Albert (played by Buster Merryfield) may be at Nelson Mandela House to stay. Del Boy: “I feel like a turkey who has just seen Bernard Matthews winking at him!”

Although Del and Rodney are clearly the main characters and, thus, the most memorable and beloved, there was always a lot of affection towards Uncle Albert as well. Here, he becomes the focus of the episode when it appears that he is mugged after a night at The Nag’s Head. But as the show unravels, Albert’s version of the truth changes, and his nerves are so on-edge that he ends up having an accident in a hilarious fashion. Ultimately, Del goes from being sympathetic to furious when he learns the truth about why Albert ended up with a bruised face, though I can’t leave out how his friend Knock Knock pops around to see him, leading to this exchange: “Who’s there?” “Knock Knock!” Simple yet superb.

Del would often find himself interfering in Rodney’s love life, even if it was coming from a good place. That is the case again here, but under the most bizarre circumstances yet: Rodney is dating Debbie, the daughter of one of Del’s old flames named June, but then he puts two and two together and he believes he has got four, because he starts to believe he was actually Debbie’s estranged father. The response from both Trigger and Rodney: “But she’s a pretty girl!” It all works out in the end when Del realises that Albie Littlewood is actually the dad, though it’s revealed that he lost his life in an accident on the railway lines, hence his absence from Debbie’s life.

In 1988, Del and Rodney spent Christmas trying to make success happen on a romantic level. Del signs up to a dating agency and meets an “actress” named Raquel Turner, while Rodney settles for going on a drive with Nervous Nerys, the barlady who has nerves of jelly (hence her name). Initially, Rodney seems to have the more disastrous experience, but once Del realises what Raquel’s true career is, things spiral out of control for him, leading to a moment that he would live to regret at the very end, and one which seemed to suggest that he and Raquel would never meet again. As we know, that didn’t turn out to be the case.

It would be wrong not to include the moment when Del and Rodney finally become millionaires, courtesy of an old antique watch that Derek had assumed was worthless. At first glance, he appears to be right; it’s only when Raquel’s father takes a closer inspection that their opinions are swayed. But even when they arrive at the auction, the Trotters would be delighted to make £10,000, never mind the £6.2 million that they actually receive. This is the moment that Del and co. had been working towards all along, and despite him bending the laws of the land if not outright breaking them on many occasions, everyone is thoroughly delighted for him and his family when they finally strike it rich. Many believe that the show should have ended with this edition, rather than returning for the three “extra” specials in the early 2000s, but that’s a debate for another article.

It could be argued that this is the last truly great episode before the show started to wind down (since I wasn’t a big fan of the 1993 special, and then we headed towards the final editions). Here, Del is forced to clear Grandad’s old allotment, but after Rodney befriends a man named Miles who has made a lot of money from naturally-produced food and drink products, all of a sudden a “Peckham Spring” pops up on the allotment, which allows the Trotters to start making a shedload of money. Only thing is, they’re basically stealing tap water, so much so that the Peckham area starts issuing drought warnings despite it being the winter season!

Del and Rodney are never shy about wanting to find the right woman in their lives, but what if they happen to fall for the same lady? That’s the premise of this episode, when the two Trotters become smitten with Trigger’s niece Lisa. As both try their best to impress her, they also turn crook on one another, as Del adjusts their suddenly-acquired sunbed to the extent that Rodney resembles a traffic light. In retaliation, Rodney enrols Del onto a hang-gliding session, and then fails to rescue him as Derek had hoped. The whole episode is lots of fun, but the last ten minutes are especially fantastic.

This episode works due to the storyline, whereby Del discovers that there is a hidden fortune out there courtesy of the mysterious yet departed Freddy The Frog, and it’s in the Trotter name … that is, if he, Rodney and Uncle Albert can find it. This is a welcome contrast to the largely-panned 1986 Christmas special A Royal Flush, where Del was uncharacteristically obnoxious. Here, one year on, this is Del Boy at his best, doing everything he can to not only find the gold bullions, but to do what he can in the meantime to get by. This includes volunteering Rodney for a job as an undertaker, and having Albert pull off a magical recovery act to a dodgy back massager.

In my previous list, I put this edition at #2. I’ve dropped it down a few places this time because it takes a bit of time to get going, but there’s no denying that it’s still a great episode. Of course, this also features what is generally considered to be the greatest Only Fools moment of all-time, if not the greatest comedy moment of all-time: with Del (accompanied by Trigger) trying to impress “a couple of sorts” at the local yuppy bar, Del fails to notice that the barman has lifted the latch on which he was leaning, so when he obliviously goes to rest his elbow on it again, he goes flying. It happens so suddenly, with so little build-up, and yet it makes such sense and it’s so funny that it is a legendary scene that might never be topped. And yet John Sullivan revealed that the basis of the joke was actually Trigger, and the confusion on his face when he suddenly wonders where Del has gone!

It’s often suggested that Rodney earned a GCE in Art, and this pays off when he (thanks to Del) wins a painting competition that earns him a free holiday to Spain. Rodney is ecstatic, but also suspicious at the fact that he will be going in a group of three, meaning Del gets to join him and Cassandra. But it’s only when they arrive overseas that Del reveals the truth: he’s won the competition, but as a 14-year-old! This moment is great, but funnier still is how both Del and Cassandra react, with the latter initially being angry but then buying into the premise for the sake of all three getting to enjoy the prize. From there, things decelerate more and more for Rodney, while Del has the time of his life. It all leads to Del’s scheme back-firing, though, as his lifelong dream to become a millionaire seems to come true, only for the deception to deny him the money that would change his life forever.

I’ve elevated this to the #2 spot from my original list because, on the whole, it’s a funnier episode than Yuppy Love. The premise is silly enough, with The Trotters having to flog a bunch of faulty dolls, but it’s only when Del and Rodney realise that they aren’t just normal dolls (as in, they’re the type to catch the eye of Dirty Barry) that things progress into chaos. And when said dolls begin to inflate to normal size, the audience reaction is one of hysterics. And yet things continue to escalate, because now Del has to find a way to get rid of the dolls safely. Oh, and the dolls have the potential to cause a major gas explosion. Definitely a classic episode, but not our primary pick.

Those who were watching this episode for the first time on Christmas Day 1989 were in for a real treat. Between Rodney whacking a policeman with a football, an exploding coach, the return of Raquel to Del’s life which led to him knocking out The Great Ramondo and much more, this is a real treat from start to finish. Many Only Fools episodes have that one stand-out moment which lasts the test of time, but this edition has around a half-dozen. Add to that plenty of great one-liners, some clever scriptwriting that results in the plot twists all making perfect sense, and the typically daft shenanigans involving old favourites (such as Trigger being upset that the bus blowing up meant that he lost an inflatable dolphin), and you have the best Christmas special of all-time, if not the best comedy episode of any programme ever. Needless to say, this has to top our list of Only Fools offerings.

So, those are our thoughts on the top 12 Only Fools And Horses episodes of all-time, but what do you think? Let us know by leaving a comment below! 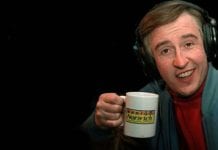 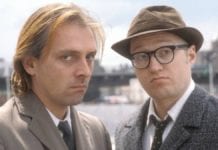 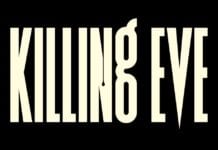