Joelle Edwards, as part of the Almost Autumn brand name, has released a brand new EP entitled Grow, which features five brand new, original tracks as written by Edwards herself. We have previously covered the Liverpudlian in a review of her work so far over the summer, and it’s safe to say that her star power is continuing to increase as evidenced by her treating her fans to further examples of her vocal and song-writing talents.

The title track of the EP, Grow, is a quiet, slow-paced tune to the simple sound of a guitar string being repeatedly plucked, and it covers the difficulty of growing up in life with regards to establishing building blocks, as well as confusion about reaching a particular destination that one may already be present at. It’s a thoughtful piece that is an easy listen, and a good song for those seeking clarity on their direction in both life and love.

For the second song Bristol, the lyrics begin before the music does, so it has a sudden start to capture attention from the off. And therefore the emphasis is on the lyrics, which are about feeling totally alive and being open and honest, as well as Joelle herself emphasising aspirations for what is hoped to come within a relationship. Chris has a faster beat while retaining a vibe akin to the BBC Live Lounge acoustic sessions. Chris is the name of her best friend who she has absolute trust in (“if my life were leaves, you’d be the tree” is amongst the lines. It’s an expression of just how much appreciation she has for her friend, and it’s a song which many should be able to relate to, as anyone listening who has a friend of similar quality will feel just as proud.

Matter Of Time also has a nice pace and is about how she still loves the special someone in her life regardless of their mistakes, looks or thoughts. Indeed, it shows what love is like at its strongest, because she looks totally at the positives and is confident they’ll reach their dreams; as the song says, “it’s only a matter of time”. Finally, Don’t Tell Anyone has a different beat, and while all of Joelle’s songs feel heartfelt, this one is particularly noteworthy in that respect because the whispering, the soft tones of her voice and the importance she places on the information she reveals suggests she would be tallking to someone truly close, an emotion I’m sure many listeners will share with those who fulfill that role in their own lives.

Summing things up, Grow is a great introduction to Joelle Edwards for anyone becoming accustomed to the Almost Autumn brand. Joelle has done a particularly strong job of increasing her name value throughout the pandemic, ensuring that when fans return to gig venues across Liverpool and beyond, she will be perfectly poised to become one of the more recognisable faces of the local music scene in the post-Covid era. 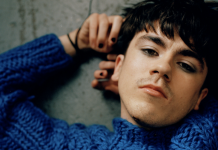 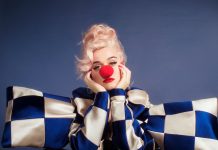