A new virtual comedy festival has been announced for the end of September that will feature some of the biggest names in comedy discussing and performing comedy; British Comedy Guide and NextUp are presenting the Laughter Lounge Festival will feature two events per night, with a 7pm ‘behind the scenes’ style comedy panel, interview or Q&A with comedians, followed by a 9pm stand-up gig, all performed through the magic of Zoom and beamed directly into people’s homes.

The 7pm panel discussion events will be hosted by Alison Thea-Skot, and the topics will include “Life As A Comedian – Heckles, Highs And Late Night Pies”; “Comedy And Social Media – Grinstagram And The Good Kind Of Viral”; and “Writers’ Retreat: Secret Powers Of A Comedy Script Writer”.

The festival runs for seven days from Monday September 28, and it is an absolute must for any comedy fan.

The festival is presented by the UK’s biggest comedy website, British Comedy Guide, and produced by NextUp, who have been dubbed “The Netflix Of Stand-Up”.

Dan Berg, co-founder of NextUp, commented: “Following the huge success of our virtual comedy festival in July, we’ve decided to keep the comedy coming during Covid and produce another one, but with a bit of a twist. Partnering with the lovely team at British Comedy Guide, this festival will feature not only immersive and hilarious comedy performances, but also interactive panel discussions with some of the leading faces in comedy – giving fans a rare insight into some really interesting topics. I might be biased as I’m a bit of a comedy nerd myself, but I think this is going to be really special.”

British Comedy Guide editors Aaron Brown and Mark Boosey added: “We’re incredibly excited to be partnering with NextUp and some of the UK’s hottest comedy talent to deliver laughs and interesting comedy-related discussions direct to fans across the country. With most venues still closed we’re proud to be doing a little something to help sustain the live industry and deliver fans a dose of something approaching a real club night. NextUp are experts in online comedy so we’re all in very safe hands!”

Tickets cost £10 to attend a single session with a maximum audience of 200 people. Think of these as large group calls, led by comedy industry experts and comedians, with an incredible potential to create a one-off shared experience.

For the hardcore comedy fans and those after a bargain, NextUp are offering Festival VIP Passes that include access to all 14 sessions and a NextUp annual membership. The VIP pass costs just £79. Also on offer is a VIP pass with annual BCG Pro membership included for £110.

The full schedule is as follows:

For further details and to buy tickets, visit www.nextupcomedy.com/laughterlounge. 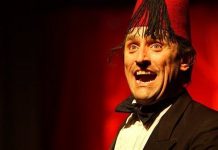 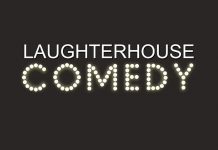