WWE has released a compilation comprising the three Attitude Era DVDs from 2012-2013, 2014-2015 and 2016 respectively. Because I have reviewed them previously, I will merely provide brief notes about this collection here, other than to note that there is plenty here to satisfy anyone with an interest in the wildest period in WWF/WWE history. I should point out that each “part” has three discs apiece, meaning nine discs in total, and that means a hell of a lot of Attitude action.

The first DVD (simply titled The Attitude Era) is the best one in my opinion, simply because it’s the original release that has an actual one-hour documentary discussing the highs (Austin, DX etc) and lows (the Brawl For All) of the entire time period. It also has what may be the greatest cover sleeve for any wrestling DVD ever released, that being the WWF/WWE version of The Beatles’ Sgt. Pepper’s Lonely Hearts Club Band album design, with dozens of personalities and some unique items (such as puppies and grapefruits) comprising the artwork.

There are some memorable Raw segments included, such as Goldust breaking up with Marlena, DX’s parody of The Nation Of Domination, the birth of the Hardcore Championship, Chris Jericho’s legendary debut and Edge’s hilarious 27th birthday celebrations. As for the matches, we get to see The Rock defeat Mankind to win the Deadly Game tournament in memorable fashion at Survivor Series 1998, the first ever TLC clash between Edge & Christian, The Hardy Boyz and The Dudley Boyz from SummerSlam 2000, and the incredible six-way Hell In A Cell war from Armageddon 2000. There is plenty of fun to be had amongst reliving these bouts and angles, and I personally felt like I had been taken back to my childhood as I was watching these iconic moments all over again.

The second DVD (described as The Attitude Era Vol. 2) has a simplified cover of Stone Cold Steve Austin posing in a Raw ring, and it has Corey Graves as our host as he looks back at other key occurrences from 1997 through to 2000. In terms of the must-see segments, we have the teased Steve Austin vs. Vince McMahon showdown from April 1998 (which enabled Raw to finally end Nitro’s winning streak in the Monday night ratings), The Undertaker masquerading as Kane to destroy Mankind during a #1 contender’s bout, the notorious “choppy choppy your pee-pee” storyline involving Kaientai and Val Venis, a forgotten Casket match between Undertaker and The Rock, Mark Henry’s “sex therapy” sessions (which have to be seen to be believed, even by Attitude Era standards) and Kurt Angle infamously kissing Stephanie McMahon-Helmsley at the height of the love triangle situation involving those two and HHH.

Finally, we have something very different with the third DVD. This one is titled The Attitude Era Vol. 3 Unreleased (with artwork akin to the Attitude Era book that was released in 2015), and the latter word is crucial. Instead of us getting to relive vintage Raw, SmackDown and PPV moments, we are instead treated to bouts that were never televised during the period from 1996 to 2000. I did say 1996, which I personally would not class as being part of the Attitude Era, though it is still cool to see The Ultimate Warrior and others in never-before-seen clashes. Because dark matches and house show contests are rarely classic affairs, it’s hard to recommend any particular bouts, other than to state that you’ll get to see all of the top names, from Austin and Rock to Big Show and The Dudleyz, during this final third of the larger compilation.

It’s strange to say after watching nine hours and more than twenty hours of Attitude Era footage, but there are a lot of matches and moments that didn’t make the grade. That would make sense for the latter part, which was focused on rare bouts, but even during the first two thirds, we don’t get to see (at least in their entirety) most of Austin’s most famous main event matches, the unforgettable Undertaker-Mankind Hell In A Cell clash, and loads of other stuff as well. This can be explained by WWE trying to avoid replicating often-released content while still paying a sufficient tribute to the Attitude Era, but it is strange nonetheless.

Overall, though, this DVD is still an easy thumbs-up from someone who lived and loved the Attitude Era. If you’ve already bought these sets in the past then there is no need to make another purchase, but if you didn’t get them the first time, this nine-disc set represents tremendous value. 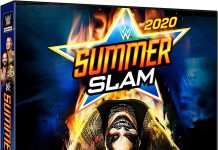 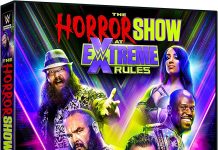