The month of October has well and truly arrived, the days are already getting shorter and we find ourselves leaning closer towards that central heating dial. It also means a new selection of free games available to download from 6th October to keep you occupied as evenings at home become more frequent as the temperature drops. Certainly, a month that will divide opinion; let’s jump straight in with the first title.

This entry will raise the eyebrows of fans of racing games, however, long-term followers of the Need For Speed series might feel somewhat underwhelmed. The 2017 release from Ghost Games boasts an impressive open-world rendition of Las Vegas, aptly named ‘Fortune Valley’ and with the Frostbite 3 engine; it has aged quite well visually in the last three years. You are given the choice of three playable characters, each with their unique skillsets as you are tasked with stealing a car from a high-profile target as well as engaging in other over-the-top action sequences

Payback is a game frequently praised for righting the wrongs of its 2015 predecessor, however, having many of its own in the process. Although Payback has a longer storyline and the ability to pause the game offline (yes, really) it is widely criticised for its heavily scripted story-mode, overly linear police chases and the controversial use of loot box-style customisation mechanics.

Need For Speed: Payback has received mostly mixed and low ratings from critics as it strays from the path of what drew people into the franchise. Scoring mostly 5-6/10 cross the board of reviews, this is a fairly disappointing entry if they are to be believed.

October’s instalment would not be complete without the inclusion of at least one horror title to get you in the mood for Halloween. Vampyr is a third-person role-playing game set in a stunningly gloomy depiction of London during the First World War with a haunting soundtrack to match. The semi-open world mechanics allow you to traverse the city, from the twisting, shadowy streets to the dank sewer systems below the surface with an element of freedom to explore.

You take control of Dr Jonathan Reid as he wrestles with the reality of his slow transition to vampirism. This conjures up the overarching moral question of Vampyr as the more you cave to your monstrous bloodlust, the more powerful you’ll become in combat stations from vampiric unlockable abilities. You can, however, complete the game without committing any innocent homicides and coupled with a selection of alternate endings means Vampyr has a decent amount of replay value

Receiving generally positive reviews from critics, mostly 7/10s, its use of setting, atmosphere and characterisation are heralded as the game’s strongest characteristics. Certainly, an entry to sink your teeth into, or not! It is your choice after all.

So there is your line up for free games in October 2020, are you happy with the selection? Disappointed with it? Or somewhere in between? It is another month where we are offered two massively contrasting titles. A horror title was always going to be on the books and I can imagine many of you are kicking yourselves that it’s not Need For Speed Heat. So whether you’re a fan of drifting and racing or mercilessly sucking the blood of innocent NPCs, hopefully there is a little something here for all of you. 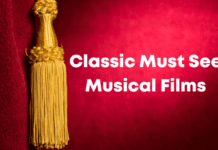