The Rivoli Ballroom in London is a truly fabulous location. It’s the only surviving 1950s ballroom within England’s capital city. And so this would prove to be the perfect back-drop for a very special live-stream performance by Katie Melua. Consider this a Christmas present from Melua to her fans at a time when crowds still can’t attend live concerts.

It felt almost like a documentary, or even a mini-movie, when Katie first walked through the Ballroom and came to the microphone. Her voiceover emphasised how much she loves performing, and how “it’s all for these moments”. She began with A Love Like That, as it occurred to me how the power of this song actually worked better in a livestream format to fully comprehend each lyric. English Manner was up next, with Joy providing a different beat and an upbeat vibe. Katie then took this opportunity to address those watching, saying that “you’re almost here”. No doubt, Melua could feel those watching at home (of which there were many), while fondly looking towards the day that an audience will be back in person.

She then performed The Closest Thing To Crazy, one of her signature career hits. This was followed by Belfast (Penguins and Cats), and also her most recent release Leaving The Mountain (you can read our review of that specific track by clicking here). Maybe I Dreamt It was another particularly recognisable Katie track, with her delivering an incredible extension of the final high note in that tune. Voices In The Night offered another shift in pace, before she noted how it was an honour for her to perform for the home audience during this production.

After that, we were treated to arguably her most famous hit, Nine Million Bicycles. You could see that she particularly enjoyed playing this song, a song she has sung hundreds of times, but rarely in such circumstances. Your Longing Is Gone offered a stronger rock-style soundtrack, before the rather emotional Heading Home. What A Wonderful World and Airtime were the final songs to be performed, with Katie thanking those who provided the backing music for her show, and also once more thanking the viewers. Her message: “Stay safe, and we’ll see you on the road in the New Year.”

This was an outstanding show by one of the great British vocalists of the 21st century. Longtime fans got to experience Katie do her thing in such a manner that the emphasis on her vocal talents was stronger than ever. And those discovering her for the first time quickly recognised just how good she really is. Katie is known for her soft-spoken delivery and rarely raising her voice, meaning that every word counts, and each second of a song grabs the full attention of the listener. That was clear to see here, as almost every single song was memorable and performed to the highest standard possible, given the lack of a live audience.

It’s also important to recognise the important messages that her songs provide. No word is wasted; each lyric matters, and when you sit back and think about what she says through song, one can truly believe in what Melua has to say. They’re also no doubt relatable to many of her fans, which only helps her popularity. Elsewhere, the setting was simply stunning, only adding to the special nature of this performance. And not forgetting those providing the musical backdrop, who were also first-class throughout.

This livestream from Katie Melua easily receives two thumbs-up from me. Every song was performed immaculately, and it provided both happiness and emotional pull during the course of the one-hour running time. 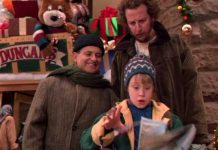