It is the start of a new month, which means a new selection of free games available to all PlayStation Plus subscription holders in January 2021. Those of you lucky enough to own a PS5 will have access to all of the titles listed thanks to backwards compatibility whereas PS4 users sadly will only get access to two. So without further ado, here is what Sony is offering to celebrate the New Year.

Diving into this list at the deep end is the PlayStation 5 version of Maneater. Courtesy of Tripwire Interactive, this ‘Jaws’ simulator puts you in the shoes, or fins, of a bloodthirsty Bull shark as you chomp your way through an aquatic open world, filled with Easter eggs and plenty of unsuspecting prey. Beginning as a small shark pup, you are disfigured by a hunter named scaly Pete, which sets in motion the revenge narrative of the title as you seek your grisly vengeance.

Over time, your shark will grow and evolve in unique ways, increasing your size and abilities  allows you to fight against more impressive foes and wreak greater havoc over the unsuspecting populations of nearby coastal settlements. Powered by the stunning Unreal Engine 4, Maneater allows you to live out your wildest oceanic nightmares in full 4K HDR support and 60FPS in this PlayStation 5-only entry.

Not one you want to miss, especially if you ‘thought it was safe to go back in the water’.

Shadow of the Tomb Raider

By no means the first title of this famous franchise to be made available on PS Plus, Shadow of the Tomb Raider follows on from its 2015 predecessor Rise of the Tomb Raider and is the twelfth entry in the popular series. This Square Enix entry to the Lara Croft origin story sees the iconic heroine travel through the rough terrain of the Americas to reach the hidden city of Paititi. You are tasked with reversing the literal apocalypse while fighting off the Trinity paramilitary organisation in the process. It is fair to say, you truly have your hands full with this one.

Overcoming challenges is the aim of the game, from overcoming a variety of enemies to surviving the massively cinematic action sequences and solving difficult and imaginative puzzles. Lara is truly put through the paces here and by default you are too. All of which takes place in a gorgeously vibrant world, ranging from luscious jungles, dank caves and crumbling ruins.The settings are truly remarkable.

Furthermore, superb lighting and water effects accompany these settings. Considering the title is a few years old by this point, it has aged impeccably well. Definitely recommended for fans of the series that are yet to try it.

Last but by no means least on this list is Greedfall, a sprawling open-world experience that harks back to the classic RPGs of years gone by. With ambitious comparisons made to the Witcher and Dragon Age series’, this title from Spiders seemingly has an unfair amount of expectation already bearing down on it. But it is definitely worth a download if you have not yet tried it.

Taking you back to the seventeenth century you effectively relive the complicated history of colonialism with a unique fantasy twist over the course of its impressive sixty-hour campaign. This single-player epic has players explore the island of Teer Fradee during the conflicts between inhabitants and settlers. Not before long bizarre supernatural creatures appear to join in the fight.

With gameplay mechanics reminiscent of older, beloved RPGs such as detailed character design, intricate quest-lines and decision-making that directly impacts the narrative, this is a must-try while costing absolutely nothing.

There you have January’s selection of free games available on PlayStation Plus for January 2021. Overall, a very good selection of titles, particularly for fans of action-role playing games. It is unfortunate that Maneater is only available for PlayStation 5 users but there is still plenty to be happy about with this line-up in my opinion. With a financial saving of roughly seventy GBP for all titles at the time of writing, a great way to kick-start the New Year. 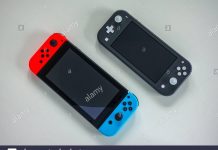 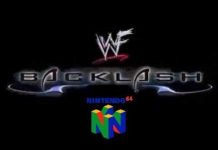