WWE TLC 2020 is the final PPV of the most unusual year in company history. As such, the DVD has some appeal from the get-go. But despite a fairly strong card, it’s one scene that is the most memorable aspect of the card. And I’m not sure if it’s for the better, either.

It opens with a WWE Title TLC match, albeit one with a twist. Drew McIntyre and AJ Styles put on quite the show before The Miz comes out to cash in Money In The Bank. It’s a smart strategy, since Miz doesn’t have to pin anyone to win the belt. But Drew overcomes the addition of another opponent and successfully retains his crown. However, post-TLC, Miz would be given back the case since John Morrison technically cashes it in for him. So, does that mean this match never actually happened? It’s on this DVD in any event.

Next up, we have an enjoyable clash between Sasha Banks and Carmella, though their subsequent Royal Rumble bout is arguably better. The New Day vs. The Hurt Business is also worth checking out, with the latter group being a highlight of WWE over the past few months. New Day may come up short, but let’s face it: they’ll win the Tag Team Titles again. They always do.

Then, Charlotte Flair returns to join Asuka against Nia Jax and Shayna Baszler. The action is fine, but the spotlight being on Charlotte and not her partner, the Raw Women’s Champion, is concerning. At least, that’s how I feel as we approach WrestleMania 37. Roman Reigns continues to rack up his highly impressive performances as a heel against Kevin Owens under TLC rules. Some of the bumps are particularly brutal, and the finish protects KO enough to juustify the feud continuing. Good stuff.

But now we have the main event. Randy Orton vs. The Fiend sounds promising, but then the Firefly Inferno stipulation was added. Why? Because of Orton’s occasional fascination with fire, I guess. This is decent enough, but given that it’s the PG era, I was stunned to see Fiend be set on fire. And that was the first time! In that case, only his back (with him wearing a heavy coat) catches flames. But the strongest scene is to come. Post-match, Orton literally douses Bray Wyatt’s alter ego in flames. That’s right: he sets The Fiend’s entire body on fire to end the night.

I personally found this to be a bit too much. WWE tends to have something like this happen where the victim isn’t seen to be burning. That way, you achieve the same effect, but with a less startling visual. Alternatively, Inferno matches in the Attitude Era would see someone have a small part of their body burning (as Fiend initially was here). But to have the guy’s entire body go up in flames? To me, it was unnecessary, and it was a visual that could horrify any kids who end up watching this card. Especially since Fiend is bound to return anyway, with the seeds for hims reappearance being sown as soon as the following night.

That aside, though, WWE TLC 2020 is one of the stronger cards from the Covid era to rewatch on DVD. Both TLC matches have their moments, while the under card features good action, a few title changes and a return. And while I didn’t enjoy the ending to the show, it’s possible that you might. So, this is a DVD that is definitely worth a look. 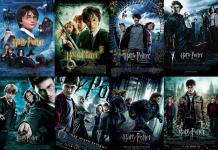