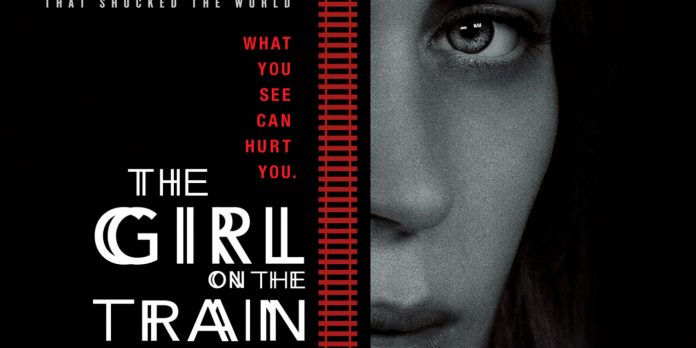 The Girl on the Train

Today, we take a look at The Girl On The Train. Now, in a cinematic world crowded with remakes, spin-offs and blockbuster sequels after blockbuster sequels, it’s good to finally get back to the heart of filmmaking: a good old-fashioned novel adaptation. The amount of cinema classics that are birthed from literature may be surprising to some, from Die Hard to Blade Runner, True Grit to The Maltese Falcon, Apocalypse Now to The Thing, adaptations truly are a cornerstone of film.

The truth is Hollywood has never been original, and that isn’t necessarily a bad thing. Somewhere on your list of favourite movies likely lies an adaptation of a novel, short story, biography, poem or a few dozen, and cinema is all the richer for it.

This time it’s The Girl on the Train, an adaptation of the 2015 novel of the same name by Paula Hawkins, which also went on to become the fastest selling adult novel in history. The film though, Starring Emily Blunt and Luke Evans, is currently sitting at 2016’s okay-est thriller.

Emily Blunt plays Rachel, our titular Girl, an alcoholic commuter who has a strange obsession with a couple that she can see from the window during her daily train journey. The film begins as a kind of rolling Rear Window, with Rachel only ever getting a couple of brief moments of the strangely ever-visible couple each day, as she pulls into the station behind their home. She tells us she has been following their routine for at least a year now and imagines their life as a perfect marriage, a young couple desperately in love, were nothing could ever go wrong.

So, when one day Rachel spots the wife, Megan (Haley Bennet), kissing another man she can’t help but stick her nose in. Rachel, we come to find, was also the victim of a cheating spouse and so seeing this act of betrayal, in a relationship she had fetishized as perfect seems to break this already deeply broken girl.

Blunt admits to finding playing an alcoholic an interesting challenge within the film “I didn’t want it to be comical in any way; it has to be upsetting and embarrassing to be around her… But you also have to remember that this is a thriller and not just a portrait of alcoholism.” Blunt gives a strong performance overall, Rachel is a rich character and she gets a lot to sink her teeth into, but the writing never quite allows Rachel to become as unlikeable as she should be. Even in Rachels darkest moments she’s portrayed far too sympathetically, and in the end, Blunt isn’t really convincing as an alcoholic as far gone as we are made to believe Rachel is.

Rebecca Ferguson is completely wasted here as Anna, the current wife of Rachels ex-husband, Tom (Justin Theroux, another underutilised talent), and previous other woman during Rachels marriage. Originally, in the source novel, the story is told distinctly from three perspectives: Rachel, Megan and Anna (two Rachel chapters for every one of the others). Though here Ferguson has little chance to do any more than model a bad wig, it’s unfair to say she does nothing but she wasn’t given enough material to make much of a performance. Rachel is made first and foremost lead in the film, poorly presented as an unreliable narrator, the writing gives few opportunities that allow the audience to doubt her.

The Megan centric scenes though become the most intriguing, she is a far more interesting character with a far more engaging arc and her story feels unjustifiably condensed. For Megan, there is a lot of background we never really get a full picture of, and never fully understand why we are told it in the first place. In the end, all the time spent with the character feels so unnecessary when who she is plays so little into her role in the film. I can only assume this is a casualty of a story being poorly adapted from one format to another.

Tate Taylor nabs his fourth feature directing credit here, after becoming known for more heart-warming fare such as 2011’s The Help and 2014’s James Brown bio-pic Get On Up. Girl doesn’t try setting up the audience’s fascination for the interesting setting, merely opting for a clunky voiceover for its exposition. A voiceover, that at a point could have been better utilised to create a film noir vibe, but instead disappears until used in an equally clunky manner to wrap things up near the end.

This film falls short in building any real tension or intrigue, we are merely led along through the series of events without any truly impactful twists or intelligently designed red herrings. This leaves little time for any mystery to build, and while everybody else doubts Rachel, we have no reason to question anything the film tells us. “I had to trust that if people… really got in with the characters… that it would really make the movie satisfying.” Says Taylor, but the film does far too much telling and not enough showing for an audience to really get “with the characters.”

The film permeates a soggy bleakness (perhaps to represent the cloudiness of Rachels mind?), the desaturated colour scheme is reminiscent of 2014’s Gone Girl, but instead of eliciting any meaningful emotion or mood it just leaves the film looking dull and lifeless. The foggy landscapes and soft rains repeat throughout, matched with the equally muted costumes and set design they give the viewer nothing but drab grey shapes to follow as they slowly, uneventfully collide.

Blunt starred in one of the best thrillers in recent memory with 2015’s Sicario, but this isn’t lighting striking twice. The Girl on the Train falls into the same trap many lazy thrillers do, much like 2006’s quirky crime caper Lucky Number Slevin, believing the best way to keep the audience guessing is to just outright lie to them. The Prestige taught us this is exactly the wrong tactic to use, a good mystery is all about sleight of hand. When you present your audience a scene, and give them no reason not to believe it, such as telling them it never happened it is going to leave them feeling cheated. I wasn’t drawn in, and I never once felt like I didn’t know what was going to happen in the end, not because I did know but because I never really cared where it went.

A good thriller should make you care about each revelation, and a great thriller will make you doubt yourself, it will make you change your mind a dozen times and never be sure. However, Girl did neither. While 2016’s other thrillers such as the brilliant Hell or High Water and Midnight Special have had brought me to the edge of my seat and kept me glued to the screen, The Girl on the Train left me comfortably reclined. 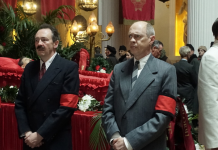