Originally released in April 2019, Days Gone was met with very mixed views from critics and consumers alike. On the one hand, it is praised for its stunning visuals, hair-raising hordes and impressive voice acting. However, it was filled with technical bugs and boring, derivative quest-lines. After two years and countless updates, we must ask, Days Gone revisited in 2021 – is it worth another chance?

A quick disclaimer, this is not a formal review of the game. In this article, I will give an overview of the game, what to expect from it but ultimately how it has been improved upon. For the sake of relevance, this is a revisiting of a game that has had a lot tweaked since its launch. Without further ado, let us get this underway!

Developed by Bend Studios, Days Gone was a PlayStation 4 exclusive and originally released in April 2019. Long story short, society, as we know it has completely fallen apart following a catastrophic pandemic. The majority of people have transformed into ‘Freakers’, hostile and feral creatures that are hell-bent on ruining your and everyone’s day.

You take on the role of Deacon St John, a gruff but surprisingly layered character seeking answers about his dead wife. In doing so, you take to your trusty motorcycle and venture through this brutal and broken open-world recreation of Oregon. As you traverse the vast landscape, you will encounter survivors and settlements that will give you quests to complete as your own story unfolds.

As mentioned earlier, Days Gone was met with a highly mixed reception on its launch. Gamers and critics agreed that the game was deeply flawed. Its bugs, glitches and technical pitfalls were to a near game-breaking standard. IGN ranked Days Gone a lowly 6.5/10 while Metacritic and Push Square gave it 7/10 respectively. The consensus being underneath the rough exterior and lazy quest-lines, there was a good game to be had.

The visuals, once they popped into the frame, were gorgeous. The characterisation was authentic and the storyline had the potential to be enthralling. The themes of the game hit home, hard. Relationships, loss and bearing the burdens of a scary and challenging world tugged on the heartstrings of everyone who could overlook the glaring technical difficulties.

Two years is a long time in the gaming world and like a fine wine, Days Gone has improved over time. So if you have yet to try the Bend Studios game or if you are a previous player, put off by its flaws, I encourage you to read on.

Back to the Drawing Board…

Since its day one patch, Bend Studios knew they had a job on their hands. Over the next two years, Days Gone would be dissected and reconstructed through a series of updates. Writing in 2021, almost all of its technical issues have been rectified. Compared to its launch version, the game plays with a much-needed fresh coat of paint. Allowing its already redeeming qualities to shine through, like its rich storytelling and voice casting.

Not only this but since its launch, more content has been added. A ‘challenge mode’ was included, providing a new competitive edge to the game. There was also a ‘New Game Plus’ mode included, meaning you can play through the game from the beginning with all accrued upgrades and abilities. Similarly to the mechanic used in the Resident Evil franchise.

Furthermore, the PlayStation 5 reissue has boosted 4K resolutions at 60 frames per second and the game file size has been halved. Meaning ex-players have an increased incentive to return to the game, even on current-gen hardware.Never before have those insane hordes looked so intense, check one out here in full 4K resolution.

After all of this is taken into consideration, Days Gone is assuredly worth another chance in 2021. Days Gone was imagined and launched by a studio with massive ambitions but unfortunately not with the size or resources to see out their goals at launch. Since then, they have tweaked and adjusted their diamond in the rough and transformed it into something admirable.

Arguably the biggest downfall of Days Gone was it was released prematurely. Looking at it now, as close to the finished article as we are likely to get. It is a vast, heartfelt and suspense experience that ought to be enjoyed by everyone who owns a Sony console.So, Days Gone revisited in 2021 – is it worth another chance? I think it is!

If you are quick, you can still snag this game for free as part of PS Plus free games in April. Click here for our overview of the monthly instalment.

PlayStation Plus Free Games in May 2021

PlayStation Plus free games for April 2021 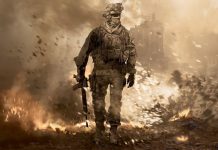