ADHD The Musical: Can I Have Your Attention Please?

This show would act as an entertaining and educational explanation of ADHD (Attention Deficit Hyperactivity Disorder). The lead character Dora Colquhoun first appears in a video where she draws a ball from a tombola. But the number that she draws seemingly defines that she has ADHD, with her initially expressing confusion. And once she receives a breakdown of what it means, she remains somewhat unhappy. Then, Dora arrives on stage, and we get into the main course of the show. That would be Dora teaching the audience about what ADHD means and how it affects those with such a diagnosis.

However, while there is plenty of scientific detail here, it’s far from a lecture. No, Dora uses the power of music, dance and comedy to emphasise some situations that arise primarily to ADHD. This includes a recap of several ill-fated attempts at securing employment, along with an anticlimactic Tinder date. Meanwhile, Dora adopts the personas of several famous singers. I won’t reveal them here as their surprise cameos are part of the fun. And all the while, we hear more about what life is like with ADHD. But crucially for those who may have ADHD themselves, there is optimism about achieving one’s goals in life regardless.

Dora Colquhoun is very good in her role. And it’s most likely because it feels authentic. (Bear in mind she writes and stars in this show, and she’s essentially playing herself.) Indeed, this seems like she’s opening up on a subject matter that is close to her heart. This is evident from the emotion in her eyes at various stages, where the core messages seem to hit close to home. But there’s also her talents as a performer, with her showcasing some nifty dance moves along with some strong vocal talents. And she has the ability to have audiences laughing one minute and almost wiping away tears the next. A show like this needs a versatile performer to tackle a serious subject with a mix of humour and candour. And that’s what NAME achieves here.

Other notes: we would have Karl Llorca providing sign language throughout the performance, which was a nice addition. Just as welcome were the gift bags on every seat for attendees. These bags would include some nice items, but also a list of questions about our own personalities. And the potential responses could be a sign of ADHD, which may prove extremely beneficial to anyone suspecting that they have the disorder. But again I want to emphasise that this show is about how those with ADHD can still live prosperous, fulfilling lives. Yet education is the key, and not just for the sufferers, but also those that exist in their social circles.

ADHD The Musical is a great hour of live theatre, largely because it feels so real. Indeed, amidst the laughs, Dora’s experiences are thoroughly relatable to anyone who has ADHD. And for anyone who doesn’t have it, the show delves into the topic in a manner that maintains audience interest while simultaneously entertaining them. I feel this would be an ideal show for secondary school students and also parents. Because living with ADHD relies on understanding what it means, and this show underlines all of the key points marvellously. The show runs again on Sunday July 18 to round off the festival, and I urge you to see it.

ADHD The Musical: Can I Have Your Attention Please? Further Links

Did you see ADHD The Musical: Can I Have Your Attention Please? Let us know by leaving a comment below! 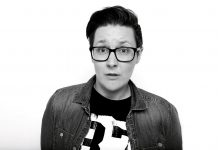