This show allows you to see the world’s top tribute band for Fleetwood Mac. And they return to the stage with a brand new show celebrating the very best of Fleetwood Mac. Plus, this includes a very special blues set, paying homage to the famous Peter Green era for the original band. So, this show channels the spirit of the classic band at their absolute best. So, this show provides a chance for fans new and old to rediscover the songs and performances that would make Fleetwood Mac legendary. Indeed, it’s all about their music!

This is a group of musicians that hold Fleetwood Mac very close to their hearts. And so they endeavour to perform their music to the most authentic standard possible. So, forming back in 1999, this tribute band has over 800 major concerts to their name. And their performances to date are before a total audience of more than 75,000 fans worldwide. Furthermore, they provide the “Ultimate Fleetwood Mac Concert Experience”, with Mick Fleetwood himself endorsing this tribute band.

This show would promise the opportunity to see a world-class tribute band. Indeed, it would celebrate the very best of Fleetwood Mac. And there was a special blues set paying homage to Fleetwood Mac founder Peter Green, one of the best guitarists ever. Unfortunately, last year, Peter would pass away.

Now, the band’s promotional material states that they spend many hours revising the parts. Along the way, they fine-tune the ‘sound’ of these incredible songs. And judging by this performance, they truly do.

The first half of the show would include crowd favourites such as Dreams, Little Lies and Sarah. Additionally, Songbird was beautiful with atmospheric piano playing and sweet vocals from Emily Gervers singing the Christine McVie classic to perfection. Furthermore, Jess Harwood would capture the moves and mannerisms of Stevie Nicks with crystal-clear vocals truly reflecting the performer. This experience was very, very close to the real thing.

Later on, the iconic recognisable bass line of The Chain would have the audience up on its feet. And James Harrison would deliver authoritative vocals for the guitar work of Lindsey Buckingham. And the incredible songs would keep on coming, such as Don`t Stop, Everywhere and Go Your Own Way. Meanwhile, Landslide was very popular with the female crowd. And the poignant duet Bleed to Love Her would slow things down a bit.

All of this would keep the mixed-age audience in a mood of excitement from start to finish. And they would be up for a really good time from beginning to end. Now, it would have been great to have just a little more verbal interaction. There was an introduction to the blues section of the evening, which was in the second half, and it was pretty sublime. But apart from that, communication was solely via the music, so maybe it’s a consideration for the 2022 tour.

I want to mention the venue on the night. On a thankfully dry evening, we would join the queue, looking forward to the return of live music and entertainment. Now, the queue was fairly formidable, but thankfully the staff would help us through the security area quickly and efficiently. However, we would then have a bag search, along with walking underneath a metal detector arch. Now, these thorough searches and checks would be very reassuring. But unfortunately, they would take a lengthy period of time, partly due to a staff shortage (currently common amongst hospitality). And a knock-on effect of the latter was that only half of the bars would be open. All of which would make for a somewhat stressful (and thirsty!) attempt to make the show, which would start bang on time.

With accurate vocals and amazing, talented instrumental breaks and solos, this tribute band would really produce an outstanding performance. And it’s easy to understand why this group is now globally recognisable as the “Ultimate Fleetwood Mac Concert Experience”. So, if you’re a fan of Fleetwood Mac, or just have some favourite songs, this tribute band are worth seeing.

Rumours Of Fleetwood Mac have their own website for you to check out.

Did you see Rumours Of Fleetwood Mac? Let us know by leaving a comment below! 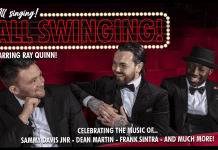 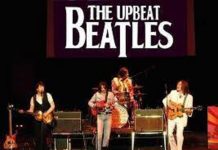 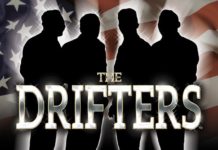