This is our theatre review for Broken Biscuits at Liverpool‘s Bombed Out Church. Now, this is the twelfth show of Liverpool Theatre Festival 2021. So, let’s take a look at Broken Biscuits!

In the past, Rita and Maggie would be lifelong friends. That was until a terrible tragedy would shatter their lives and also their friendship. And now with emotions running high, it seems that things are about to get even worse. However, Maggie hopes to save their friendship. Mind you, a cup of tea and a packet of ginger nuts might not be enough to do the trick. So, will Maggie be able to save the friendship … and Rita too? We will realise the importance of friendship, laughter, love, hope and sadness, all central themes to this touching tale.

If I could sum up this show in one word, it would be heart-breaking. Here, the backdrop is of two young men battling on the UK’s behalf in Afghanistan, with one soldier, James, never returning home. And the emotional anguish that his mother Rita (Leanne Martin) feels is unimaginable. Though her one-time best friend Maggie (Catherine Rice) tries to console her, no words can truly help. And on New Year’s Eve night, we see the true scale of Rita’s suffering amidst heavy drinking and severe depression. For anyone that loses a relative on the battlefield, this show emphasises how the families feel the pain long after the tragedy.

And when I say pain, I really do mean pain. Leanne Martin’s performance is off-the-scale in terms of authenticity, almost to a frightening degree. Indeed, her phenomenal acting captures the trauma that a mother feels when losing her son to the extreme. Furthermore, Catherine Rice is fantastic as both a sympathetic figure and a woman suffering herself by association. Both of these actresses are so believable that you almost forget that you’re watching a show. That’s as high a compliment as I can pay to the outstanding commitment to their characters that both women have.

However, there are actually lighter moments too. Louise Garcia as Molly stands out as a young girl ready to enjoy life without letting anything stop her. Furthermore, the one-liners from Maggie about her neighbours have the audience in stitches. And there are even some humorous sing-a-long and dance scenes. That Trisha Duffy can blend comedy with heavy emotion is an amazing achievement and a testament to her fantastic writing. But ultimately it’s all about the weight that grief holds over those that the victims of war sadly leave behind.

For those suffering similar experiences, while it’s incredibly relatable, this show may hit too close to home. And even other attendees may find certain scenes very unsettling due to the sheer power and raw emotion on display. But for everybody else, this show is absolutely phenomenal. And with Afghanistan once again at the centre of the world’s news (not to mention the 20th anniversary of 9/11 being today), it’s an appropriate time to view a show like this. One thing is for sure, the hour-long production packs a punch that will remain in one’s mind for some time. Truly sensational.

Liverpool Theatre Festival continues at the Bombed Out Church until Sunday September 12 2021. So, to purchase tickets for any of those shows, please click here.

Did you see Broken Biscuits? Let us know by leaving a comment below! 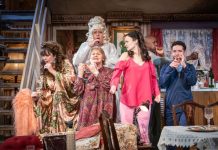 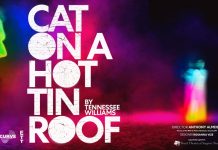 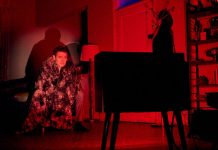