With Fifa 22 soon to be released on October 1st, the ratings of your favourite players are rapidly being released, enticing excitement for many but also disappointment for others. My team, Liverpool FC, are a pretty mixed bag. Many players maintained high ratings from their title triumph of the 2019/20 season,. However, long-term injuries and some particularly sketchy patches of form last season have resulted in some arguably deserved downgrades. So here are the Liverpool FC Fifa 22 Ratings.

We will start position-wise from the back and work our way forward through the first eleven and then notable substitutes. All information for these ratings was sourced from the Liverpool Echo and Fifa Index. Let us get this list underway!

Ten clean sheets in thirty-three appearances for Alisson in the Premier League. Not great but is that down to the injuries in defence? But who can forget that goal against West Bromwich Albion in the dying minutes of the game? Watch it here.

Trent Alexander-Arnold and Andy Robertson are often our main creative source. Last season they tallied a combined sixteen assists in the Premier League and Champions League. A decent output in a topsy-turvy season.

That Aston Villa 7-2 Liverpool FC game still haunts my dreams, not the score line we have come to expect from this defence. Everyone has an off day, right?

The midfield was often dissected to fill the gaps in defence left by injuries. It was often a frustrating ordeal watching the centre of the park but desperate times call for desperate measures. Let us hope history does not repeat itself.

Sixty-nine goals scored between the first four attackers in this list in all competitions. A decent output for some but others will be disappointed.

There you have them, the Liverpool FC Fifa 22 Ratings. Many of you (myself included) will be disappointed by the large number of downgrades the squad received. Only four players rank in the game’s top twenty-two overall players.

The campaign that follows a league triumph is always a tall order, let alone during a global pandemic with no fans allowed in the stadiums. One of Liverpool FC’s biggest sources of strength. The 2020/21 season was rife with injuries and poor home form, so downgrades were to be expected. However, achieving a respectable third-place finish meant that those downgrades in question were fairly minimal. 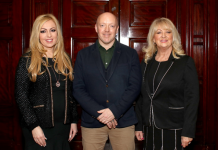 Opinion: Why Liverpool’s 2019/2020 Title No Longer Has Significance