In this article, we rank the best 10 episodes of The Royle Family in chronological order. Now, The Royle Family is often considered a major influence for sitcoms. There’s its real-time approach to the original three series, as well as it incorporating real emotion on occasion. Plus, there’s no laughter track, making this feel almost like a documentary. And of course, the family spends most episodes sitting on the couch watching the telly. In other words, they’re doing exactly what we, the viewers, are doing. But everyone from the on-screen performers to the writing team to the production staff would make this work spectacularly. And the end result is that it’s one of the most beloved UK comedy programmes ever made. Aside from these factors, I personally have many reasons why I love the programme.

For instance, Jim Royle’s one-liners are a big reason why the episodes never get old when rewatching them. Then there’s the dopiness of Denise and especially Dave that is also frighteningly relatable to many British couples. Furthermore, there’s Barbara, both as a representation of a hard-working mother and an oblivious figure to ridiculous settings. Not to mention Antony himself and Darren being jack-the-lads wanting to enjoy the simpler things in life. And then there’s Nana, Jim’s mortal enemy but arguably the most loveable character of them all. Bring them all together as one unit, and the upshot is a family that many consider similar to their very own.

The show would run for three series, with two Christmas specials as a bonus. Due to there being no true finale, the door was always open for further editions. And we would get an unforgettable return in 2006 (see below), along with four festive specials between 2008 and 2012. Tragically, the death of on-screen star and off-screen writer Caroline Aherne would happen in 2016. And amongst its consequences would be the unofficial death of the programme as a whole. But over 23 years from its inception, the sitcom remains a firm favourite on the likes of Gold and BritBox. And no matter what comedy programmes come and go in the future, nobody will ever forget The Royle Family.

In this regular feature, we take a look at the top editions of a particular programme. Previous shows under the same spotlight are Only Fools And Horses, Father Ted, Bottom, I’m Alan Partridge and Phoenix Nights. And so today, we’re picking the best 10 episodes of The Royle Family. So, what tops our list? Read on to find out!

Best 10 Episodes Of The Royle Family

Throughout the entire series (more so the original 1998-2000 run), we hear about the mysterious Beverly Macca. The story goes that Dave used to go out with her prior to meeting Denise, but she occasionally pops up at The Feathers. And there is occasionally teasing that Dave still fancies Beverly. Here, though, both Dave and Denise have had a bit to drink, and Denise accuses Dave of flirting with Beverly. The upshot is a tense atmosphere late at night, though one which eventually settles down. Not least because Jim breaks out the banjo for a bit of late-night musical fun.

If there’s one thing that Jim hates, it’s the unnecessary presence of Norma. Here, she’s in the household recovering from a cataract operation. (Incidentally, Jim scolding Cheryl for asking which eye received surgery despite the blatantly obvious bandage is hilarious.) She actually spends much of the episode asleep, though not without Jim insulting her. Once she wakes up, though, she’s in fine form, repeatedly wondering when a specific TV advert involving a chicken will be aired. Also of note here is Jim laughing hysterically that Antony’s new band, Exit, has already split up.

I like this episode because it has the Royles at their most natural. Everyone, including Nana and gate-crasher Twiggy, is present to just enjoy a simple Sunday roast dinner. But it proves difficult for them to get along. For instance, Denise is adamant that Dave should get rid of his old bike. Meanwhile, the family comment aloud on whether Barbara is reaching the stage of menopause. And not forgetting Jim’s one-liners, such as his response to Nana discussing her favourite mode of transport. Though Norma opts for a coach, Jim suggests that it should be a broomstick.

For sitcoms, weddings can be the source of comedic capers aplenty, often to an outlandish degree. But here, we don’t see anything from the wedding it all. Instead, it’s all about Denise and her family preparing on the morning of her big day. As is the show’s trademark, this perfectly resembles a lot of what families go through on the morning of a wedding. Few remember the stress, the rushing and the last-minute dilemmas (in this case, Jim getting the runs). Instead, most choose to focus solely on the ceremony and the aftermath. But this episode reminds us how wedding days aren’t exactly flawless. In between the chaos, though, there is a touching moment as Jim reassures Denise ahead of them leaving the house. It’s the first moment of true heart for the series, and it certainly wouldn’t be the last.

Here, Norma is in mourning for the loss of her best friend Elsie. However, as is often the case with Nana, she continues to mention the situation over and over again. And along the way, Jim grows more and more in sheer frustration. Eventually, he can’t hold it in any longer and starts badmouthing Norma to a brutal degree. Though the tension is so thick that you could cut it with a knife, Jim does make it up by pretending to be Elsie’s ghost on a baby monitor. Look out for Dave grinning during some of Jim’s insults, only to go numb when Denise spots him.

For Baby David’s first Christmas, one would think his first birthday acts as the centrepiece of activity. Yet David only makes a brief appearance prior to the show taking on its primary purpose. That would be Emma bringing her mum and dad round to meet the Royles for the first time. There are some hilarious moments as Barbara and Denise try on Emma’s mum’s coat without her knowledge. However, more notable is Roger bragging about his swanky lifestyle in comparison to that of Jim. Typically, Jim agrees wholeheartedly until Roger leaves, at which point the senior Royle goes on a huge tirade. It’s a great episode, though the last that we would see of the Royles until 2006.

The final episode of the second series sees Antony become a man by turning 18. And to mark the occasion, the Royles are hosting a house party of sorts. But to Jim, Barbara and co., the real news is that Antony is bringing his girlfriend Emma for the first time. Cue Sheridan Smith’s character receiving all sorts of questions from the Royles, with a sticking point being her vegetarianism. However, at the time, it was the first appearance of Andrew Whyment as Darren which would leave the biggest impression. By being Antony’s best friend and yet laughing at everything the Royles normally ignore, he adds a fresh layer to the show. And his pure disgust at Joe’s impromptu sing-song is a brilliant visual.

In terms of pure enjoyment, this is my personal favourite episode. So, in 2008, we would get the first Christmas special for the series in eight years. And the premise sees Dave and Denise host Christmas dinner for both of their sets of parents. Now, Jim is typically grumpy, even before you throw in the one-off appearance of David Senior. And it’s his daft cameo, frustrating yet likeable character, cracking one-liners and soft vocal tone which make this hilarious. For instance, Dave reveals the acquisition of a van for his work. And a proud Dave Senior comes out with this corker: “Just think, he’s never passed an exam in his life!” Furthermore, there are some great sight gags here. Oh, and Twiggy invites himself to Xmas dinner, just to add to the awkwardness of it all.

2. Christmas With The Royle Family

The first Christmas special remains the most memorable. And the especially long edition is a show of two parts. So, the first part sees the Royles enjoying Christmas Day akin to any other family. That would be, simply sitting and watching telly while occasionally engaging in discussion and/or disagreements. But then, after Dave drops Nana home and Antony goes out to see Emma, we get our sudden twist. To culminate the key plot point of series two, Denise’s waters break, meaning she’s going to have a Christmas birth.

But the scene with a sobbing Denise and an emotional Jim sees a comedy breaking new ground for raw realism. Though we don’t see the moment of birth, the latest Royle does appear when series three begins in 2000. Even without an actual birth scene, though, the finale of this episode is as memorable as anything in the show’s whole run.

1. The Queen Of Sheba

In terms of writing and creating a television programme to behold, The Queen Of Sheba has to be #1 amongst the best 10 episodes of The Royle Family. So, this would be the first episode of the show in almost six years. (On that note, the decision to broadcast it in October, rather than as a potential smash-hit Christmas special, remains confusing.) But the easy option would be for the team to go down the nostalgia route. Instead, though, this would be something of a reboot for the series. So, the days of limiting the “action” to one real-time scene, and to the living room/kitchen alone, would be over. Additionally, there are numerous story arcs that progress as the show goes on, whereas plots would almost be static in years gone by. Nevertheless, there would still be the usual humour courtesy of Jim, Dave and others.

However, all of this doesn’t fully explain why The Queen Of Sheba is top of the list. In fact, the real reason is the heartbreaking on-screen death of Nana, with a spellbinding performance by Liz Smith. It’s as close to a typical family situation as anything in the programme’s entire run. And yet it’s also the most tragic moment of the entire series. Now, it’s understandable why this one may be difficult to watch for some viewers. But if you can handle the emotion, it’s an unforgettable edition of the show and one which has to take top position.

So, those are our thoughts on the best 10 episodes of The Royle Family of all-time! But what do you think? Let us know by leaving a comment below! 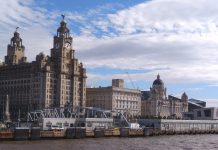 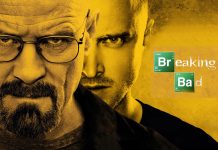 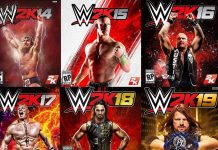