In what feels like the blink of an eye, summer has swiftly ended and autumn is upon us. And with that comes the expected release of EA’s goliath football simulator, Fifa 22. In our comprehensive review of the EA title, I will outline the nuts and bolts of the game, what is new, how the core features stack up and give a final verdict. So here is our EA Fifa 22 Review.

The popular franchise has received some flack lately as recent instalments have done little to offer players something new to write home about. EA has been accused of doing little more than re-packaging the same game, with a shiny new cover. However, this year’s feature certainly attempts to shake off this undesirable label.

EA has always been meagre with their graphical upgrades, with genuinely noticeable improvements coming every few years at least. This time, however, Fifa 22 has seen a reasonable facelift from its predecessor, taking full advantage of the capabilities of the PlayStation 5 and Xbox Series X. The way a shirt moves on the body of a sprinting player or the glisten of sweat beading on a forehead has never looked more impressive. That is where ‘HyperMotion’ comes into play.

Furthermore, additional attention to detail has been paid to gameplay physics. This is where ‘HyperMotion’ comes into play. New to Fifa 22, HyperMotion is a new motion capture technology that impacts the physics of the gameplay. It adds more realistic player traits and likeness while also improving the realism of ball movements, player-to-player interactions and the fluidity of gameplay. The ‘beautiful game’ has never looked so well, beautiful. Check out this link explaining hypermotion in more detail.

Previous Fifa titles have generally had an overriding tactic amongst a slew of play-styles: go for pace. Customised teams would be stacked with attackers and fullbacks with 90+ pace stats. In the case of Fifa 22, the gameplay feels considerably slower. Pace will still grant attackers with a potent advantage, however, intercepting passes, reading runs and capitalising on mistakes is more important than ever. Vision and chance creation reign supreme in this year’s release.

The manager and player career modes have been long-term staples of Fifa and are still a major selling point in a world dominated by Ultimate Team. While they remain largely the same as Fifa 21, there are some new additions to freshen up the mode. In this EA Fifa 22 review, we will break down each game mode and its new features.

The manager career still allows you to modify the squads, oversee transfers, training and handle various managerial tasks with a club of your choice. The main difference with Fifa 22 is the ability to create your own club. Replacing an existing team, the club name, crest, kit and stadium are yours to tinker with as you please. This feature certainly requires some development, such as the randomly generated squad you inherit but it is a nice addition to the mode.

The player-career mode is still largely the same as its predecessor but it has also received some much-needed additions in Fifa 22. Match days now have an added bit of spice as your manager gives you specific objectives if you make the starting XI of course. Completing these objectives allows you to build on an extensive skill tree that improves the characteristics of your player and also grants the entire team useful perks as well.

These features add a refreshing RPG element to the mode where you feel like your actions directly impacts you, the team and your relationship with the manager. All of which either makes or breaks your development as an individual player.

If you had hopes of Volta Football being the new Fifa Street, I am afraid you will be disappointed. This time around, the story mode has been removed and the gameplay has become more ludicrous than ever. Players now have animated playing abilities, such as Pure Pace and Power Strike, giving the mode an overall more arcade-like aesthetic.

There is a new (bizarrely) ‘weekend only’ addition, Volta Arcade, which has you competing in various mini games where you can perfect skills like crossing and dribbling to your heart’s content.

We have arrived at Ultimate Team, which is for many, the crème de la crème of Fifa and is the tried and tested cash cow of the franchise. If you have ever seen a video or live stream of an overly enthusiastic gamer screaming over packing an ‘in-form Ronaldo’, that is Ultimate Team.

For those new to the mode, the aim of the game is to build the best team possible from players you randomly unlock by opening loot box style-packs, trying to match players from the same club, nation and/or league to build better chemistry. You then take this team into an online multiplayer domain to compete against other players.

Unfortunately, Ultimate Team rarely sees any major update to its mechanics and the same can be said about this year’s entry. It is still as fun and addicting as always but beware of the potentially predatory pay-to-win micro-transaction system. It has landed EA in a lot of hot water over the years and for good reason too. It is sadly a mainstay in the franchise and does not look like it is going anywhere.

There you have it, our official EA Fifa 22 review. Electronic Arts have been regularly accused of repackaging the same game, year in, year out with little more than true-to-life squad updates. Although some clear updates are present, it is by and large the game we have all come to expect. It cannot be denied that there are some genuine tweaks to the graphical and mechanical output and classic game modes have received a breath of fresh air.

‘If it is not broken, do not fix it’ applies greatly to Fifa 22 and it will likely remain as one of the top-grossing titles of the year for these reasons. It still boasts the highly immersive and addictive game modes we all have come to love, however with a few necessary tweaks, it is an improvement on its predecessor.

Football stadiums look particularly stunning in this game, but they look better in real life. Click here to check out our list of wonderful stadiums to visit in Europe. 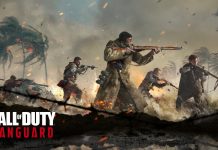