The Reds returned to Premier League action this Sunday, travelling to Old Trafford to take on fierce rivals Manchester United. Following a series of questionable performances from the home side, Ole Gunnar Solskjær would be feeling the pressure to get a result from this historic fixture to bounce back and  stake his claim as the best man to manage Manchester Unied. Things did not go according to plan.

Jurgen Klopp’s men outperformed their opponents in every facet of the game. Manchester United looked simply lost and devoid of ideas throughout the game, with barely a word ushered between them. Mohamed Salah continued his wonderful form this season, adding three to his already impressive goal tally and becoming the first away player to score a hat-trick at Old Trafford.

Liverpool FC wasted no time in getting ahead after just five minutes as Naby Keita cut through the middle of the park and taking advantage of a generous pass from Salah to slot the ball through David De Gea. Eight minutes later Diogo Jota capitalised on the floundering of Harry Maguire and Luke Shaw to get the second goal. Not before long, Salah, the man of the moment, got his name on the scoresheet with Keita providing the assist in return.

Moments before the break, Salah doubled his tally, with Jota providing the assist.The scoreline stood at 0-4 going into the second-half. The fans on both sides will have been equally in disbelief at the scoreline but for very different reasons. It was not long before Manchester United fans began to exit the stands.

Who knows what Ole said to his team at half-time, but whatever it was, it certainly did not work. After several minutes into the second-half, Salah completed his hat-trick, capitalising on a sublime through-ball from Jordan Henderson. With Liverpool FC 0-5 up, the stands were beginning to lok bare. The away fans were singing and chanting heartily as Old Trafford was being claimed by the travelling Liverpool faithful.

Manchester United players started getting desperate and erratic. Keita was sadly a victim of this recklessness, being taken off on a stretcher after being hit by a crunching tackle from Paul Pogba. The French midfielder saw an instant red card and was sent off. The scoreline remained the same for the remainder of the game but the damage was already done. The stands were half-empty and silent, while the travelling Liverpool FC fans ctook over Old Trafford.

The result puts Liverpool FC seven points ahead of Manchester United, sitting second and seventh in the league respectively. Big questions will be asked of Ole Gunnar Solskjær after a disastrous performance.Manchester United have a tough away league fixture against Tottenham Hotspur on Saturday evening while Liverpool FC travel to Preston North End on Wednesday evening in the EFL Cup. 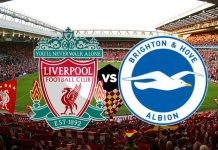 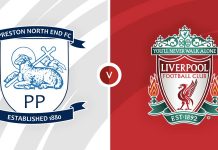