In this article, we rank the best 10 I’m A Celebrity moments in chronological order. Now, I’m A Celebrity Get Me Out Of Here has been on the air since 2002. And since 2004, it has become a staple of ITV’s line-up in the mid-to-late November slot. Its appeal comes from seeing celebrities of diverse backgrounds and career paths coming together for a tough few weeks. And by tough, we mean them facing fears, sleeping rough, taking risks and consuming some gnarly animal body parts. After all, who doesn’t enjoy a good kangaroo testicle for a Sunday dinner?

It’s a show that benefits everybody, really. For the viewer, it’s an annual tradition that rarely fails to entertain on some level. Meanwhile, for the celebrities themselves, a successful I’m A Celebrity stint could lead to many years of opportunities. As for hosts Anthony McPartlin and Declan Donnelly, this is the show that would truly turn them into household names. Ans of course for ITV, it’s a sure-fire way to attract big viewing numbers for weeks on end.

From its 2002 inception to 2019, the Australian jungle would host a whopping 18 series of the show. Due to the Coronavirus pandemic, in 2020 the show would move to Gwrych Castle in Abergale, North Wales. And the show is set there again this year. As for notable winners of the series, they range from first King Tony Blackburn to 2020 Queen Giovanna Fletcher. Furthermore, everybody from Mo Farah to Noel Edmonds has appeared on the show at some stage. One can only wonder who will leave a lasting impression during the upcoming 20th series. But what moments stand out the most from the series thus far?

In this regular TV feature, we usually take a look at the top editions of a particular programme. However, this time, we’re slightly deviating from this format. And so today, we’re picking the best I’m A Celebrity moments. So, what tops our list? Read on to find out!

For the first moment, I’m going to cheat a little bit. That’s because I want to note how Ant and Dec are perfect hosts for the series. Yes, people are watching to see the celebrities endure hell en route to winning stars. But it’s the banter between the longtime Geordie duo that really makes for essential viewing.

There are so many examples from over the years of their banter being the highlight of any episode. This ranges from double entendres to physical comedy to running gags that never lose steam. Even when the jungle itself is lacking in excitement, these two manage to create something to remember when each night’s edition ends. Let’s wait and see which of their interactions leave a lasting impression this year.

Steve Davis is an example of somebody that proves the expression, “don’t judge a book by its cover.” On the surface, he’s a quiet, almost deathly-dull individual. And in some respects, he is. But when he opens his mouth, his deadpan observations often have audiences on quiz shows and the likes belly-laughing.

In this situation, though, he would garner chuckles not by his words but by his actions. Well, his accidental actions, at least. For in 2013, he would somehow end up slipping into the water before his trial even began. Were Ant and Dec laughing their heads off at this classic flub? Of course.

Peter Andre would certainly leave a lasting impression for his stint in the jungle in 2004. We will come on to his most notable contribution to the series a little later on. But there’s one moment that would stand out to longtime fans of the Australian singer-cum-presenter.

Sitting quietly, he would tell his fellow campmates that he was forming a song in their presence. And that tune would have the name of Insania. With another celebrity and another song, this could stand as a feel-good moment. In his case, though, the daftness of the lyrics would have viewers laughing out loud. Even more so when it would later come to light that he had written the song before entering the jungle! He would still get a hit out of it, though, so his cunning plan would work.

When the celebrities are in the jungle, the ITV cameras pick up everything. That means they pick up the in-depth conversations that the famous faces share in between trials and menus. With so much time to spare on sitting around and doing nothing, there are bound to be revelations. To the viewers, the hope is for some juicy gossip or some shocking secrets.

Well, one secretive aspect would have its discovery in 2013. Namely, that Joey Essex of The Only Way Is Essex fame was unable to tell the time. This would lead to the surreal moment of Essex learning what the big hand and short hand does. Now, this leans into the stupidity that the Essex package provides. So, was this a genuine lack of intelligence by Joey, or simply a way to garner some attention? Hmm.

Sometimes, it’s not one moment that stands out, but a collection of them. For the 2017 series, Dennis Wise of all people was chosen as one of the contestants. If you know Dennis, he’s someone with positive intentions yet a slightly challenged stature and a somewhat-squeaky voice. All of which made him the perfect punchline for co-host Declan Donnolly.

Indeed, as is often the case on I’m A Celebrity, Dec’s jokes about Wise would become a running gag. His continuous references to Wise as being “a very small man” would escalate show-by-show. So much so that it’s the most notable aspect of Wise’s entire time in the jungle. The lesson here is, if you enter the jungle and you become a talking point, you’re generally doing something right.

One of the hallmarks of I’m A Celebrity is when one particular contestant is repeatedly chosen for trials. This could be for any number of reasons, such as them being genuinely effective at winning trials. Usually, though, it happens through bad intentions; namely, to see one particular celebrity suffer. Those who grin and bear it, or at least give it their best shot, eventually gain respect from the audience.

The worst thing a celebrity can do in that situation, though, is to apply minimal effort. That was the case for Helen Flanagan in 2012. She would abruptly quit trials before they could even begin. And on one occasion, she quit before the trial could start at all. Needless to say, this would win her few fans, as her overall performance was far from impressive.

4. A Gaffe By Gaffney

Dean Gaffney of EastEnders fame would have a rough time of it in the jungle. In 2006, he would have to enter the Jungle Spa. And to say it wasn’t exactly like your normal health spa would be an understatement. Even so, his screeching and stressful jumps must be seen to be believed.

Bear in mind that Gaffney would enter the jungle with an image of someone that was a bit tough. That notion couldn’t contrast more with how he would conduct himself during this particular trial. It wasn’t quite Paul Burrell in 2004 (more on him later), but it waS very close. Judge for yourself by watching the video above.

Oh, boy. Gillian McKeith’s stint in 2010 was amongst the most infuriating of any celebrity in the show’s history. Her background of examining faeces made her an object of derision before she even entered. Once she was there, her refusal to fully commit to the tasks at hand would drive everybody up the wall. So, of course, viewers would make sure that she would continuously win the votes to perform Bushtucker trials.

On one memorable edition, McKeith would, erm, win the vote to perform a live trial. In response, though, she would faint live on the air. To be honest, I believe this was totally put on. Not with the foreknowledge of ITV or Ant and Dec, but with Gillian simply being her typically annoying self. That she’s recently been back in the headlines for angering people suggests that nothing has changed in her personality since then.

Reality shows are notorious for bringing people together that unexpectedly fall in love. And in 2004, I’m A Celebrity would instigate a relationship that would be the talk of the tabloids for many years. Katie Price a.k.a. Jordan and Peter Andre would surprisingly develop feelings for one another in the jungle.

Both would benefit from their headline-grabbing romance. Price was seeking to establish herself as a credible figure to overshadow the reasons for her original fame. As for Andre, he would become an even bigger name than he was during his mid-1990s peak. Though their relationship wouldn’t last, their various highs and lows in the 17 years since all stem back to their time in the jungle.

The former butler of Princess Diana has questionable criteria for being a “celebrity”. Yet he would find himself in the jungle in the show’s fourth series in 2004. Considering his relatively calm demeanour, one would assume that he would cope well under pressure. Nope! He was picked to perform a Bushtucker trial entitled Hell Holes. And his performance was something to behold; the man couldn’t have been more dramatic if he tried.

Indeed, his increasingly panic-stricken facial responses to him feeling around various creatures was hilarious. Ant and Dec struggle to keep a straight face at the best of times. So, in this scenario, they would represent all viewers by cackling uncontrollably. Burrell’s yelps and tearful remarks of “it’s a snake, it’s a snake” would prove hysterical. Somehow, Burrell actually succeeded in his trial; well, for the most part. Because this was a moment he may never live down, and it stands as the most memorable in the history of the entire series to this day.

So, those are our thoughts on the best I’m A Celebrity moments of all-time! But what do you think? Let us know by leaving a comment below! 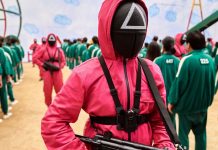 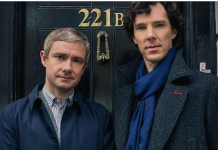