Movie: The Death of Stalin

Where to begin with this satirical masterpiece? Released in 2017 to generally wonderful reviews, except for Russia. Strange coincidence…. Anyway, this dark political satire did very well with some wonderful performances. If anything, this film showed me how much the world needs Jason Isaccs playing Georgy Zhukov with a Yorkshire accent. Also, get ready for a lot of Russian names. Without further ado, here is my review of Death of Stalin

The film opens with Joseph Stalin listening to a recital of Mozart’s Piano Concerto No 23 on Moscow Radio. He enjoys it so much he wants a recording delivered to him. One problem, there isn’t a recording. The engineers quickly move to repeat the concert which displeases the pianist, Maria Yudina. She hides a note in the record sleeve. Whilst all this is happening, Stalin is having dinner with Khrushchev, Beria, Molotov and Malenkov. These are all members of Stalin’s inner circle: The Central Committee. As the group departs Stalin’s house, Beria mentions that Molotov is on Stalin’s list.

Meanwhile, Stalin listens to the recording and sees the note. He then laughs at it so hard it causes a cerebral haemorrhage. This kills him. Fearing the consequences, the guards outside Stalin’s room don’t enter. This means his housekeeper is the first person to find him the next morning. After this, the members of the Committee convene on the house. Beria arrives first to steal papers which he hands to his men. Malenkov quickly follows and is very distressed until Beria calms him down. Khrushchev soon follows (he is Malenkov’s direct ‘deputy’). Three more ministers follow him: Kaganovich, Bulganin and Mikoyan.

Soon, the committee moves Stalin to his room. Beria orders the NKVD to take the army’s city security duties. He also replaces Stalin’s list with his own. This spares Molotov. The committee then have to find ‘bad’ doctors as all the ‘good’ doctors were killed in the purges. Meanwhile, Khrushchev and Beria try to gain symbolic victories through Stalin’s children: Svetlana and his mentally unstable son Vasily.

Not long after Stalin dies, the Committee hurries back to Moscow. But not before the NKVD clear out Stalin’s house and arrest/shoot all the staff. Khrushchev tries to gain Molotov’s support but Molotov refuses. He does this on the grounds it would be factionalism. However, it is Beria who wins Molotov over by releasing his wife Polina Zhemchuzchina from prison. The Committee then assembles and names Malenkov as premier, though he is Beria’s puppet. Beria uses this to introduce Khrushchev’s liberal reforms whilst side lining him to planning Stalin’s funeral.

Despite Beria winning lots of popular support, Field Marshal Georgy Zhukov soon challenges him. He isn’t happy over the army doing nothing in barracks whilst the NKVD are running security. Zhukov and Khrushchev are even more infuriated when they find out Beria stopped all trains into Moscow. This is to prevent the NKVD from being swarmed by mourners. However, Beria keeps Zhukov and Khrushchev in line as he finds out about Khrushchev’s connection to the funeral’s pianist: Yudina. This allows Beria to exert influence over the rebellious duo.

The Planning of the Coup

This leads to a furious Khrushchev asking for the army’s help to stage a coup against Beria and the NKVD. Zhukov accepts on one condition. The whole Committee must agree to it. Khrushchev then begins to undermine Beria by re-ordering the trains to Moscow. This causes the NKVD to panic and kill 1,500 mourners. The Committee all but agrees to blame the junior NKVD officers. However Beria is reluctant due to his association with the organisation. Beria threatens the whole committee saying he has files on all of them. Soon, a group of Orthodox bishops arrives at the funeral, enraging Molotov and Khrushchev. The next day, Molotov, Khrushchev and Kaganovich meet up in secrecy. Here Molotov agrees to the coup, with the same condition as Zhukov.

On the day of Stalin’s funeral, Khrushchev lies to Molotov and Zhukov by saying the whole committee backs the coup. Zhukov orders the army to replace the NKVD at posts around Moscow. They then arrest Beria. At a hasty trial, Khrushchev denounces Beria. He accuses him of treason, sexual assault, rape and paedophilia. Whilst Beria denies the charges, the trial finds him guilty. This is after a list of his under age victims presents itself to the trial. In the confusion, a soldier shoots Beria in the head. The army covers his body in petrol and it burns. Khrushchev gives Svetlana a ticket to Vienna. He also assures her Vasily will be safe. Molotov, Khrushchev and Kaganovich agree Malenkov is not good enough to run the USSR.

A few years later, Khrushchev becomes leader of the USSR after demoting or removing his co-conspirators. He attends a concert by Yudina. Meanwhile his successor Brezhev watches from a few rows above.

If you don’t want to be bored by history , maybe skip the next paragraph of my Death of Stalin review. In terms of historical accuracy, I would grade the film at 75-80%. Iannucci states the film isn’t a documentary. It is a fiction inspired by the truth of what it must have been like in 1950s Soviet Russia. One of the biggest complaints historians seem to have? The roles of the Central Committee in reality vs the film. Most of these are little details like Zhukov only being a marshal due to Stalin’s paranoid jealousy of him. Another one is Molotov not being foreign minister when Stalin died.

A lot of these criticisms can be explained by Iannucci wanting to turn down the absurdities of post Stalinist Russia. However, people still took exception to Beria. Some felt that by turning him into an avatar for the obscenities of the Stalinist State, it missed the chance to say something interesting about the USSR. Now while the film seems gets lots wrong in terms of historical accuracy, it does get some key details correct. This is seen in Beria/Khrushchev’s ‘liberal’ reforms. Bear in mind, the prisoner releases often took years to happen. It also gets the fact Molotov was on a list spot on as Stalin closer to his death. Whatever your opinion on historical accuracy in film, the Death of Stalin does well producing a funny yet serious film.

Performances in the Death of Stalin

The next key point to analyse in my Death of Stalin review is the performances of certain actors. I’ll also talk about how they line up with reality.

Because I can’t analyse everyone, I’m going to stick to three: Zhukov, Beria and Khrushchev. Now to address the accent question, I think it works as it’s far funnier watching non- Russian actors not use Russian accents than having them put Russian accents on. First, let’s analyse Field Marshal Georgy Zhukov. Played spectacularly by Jason Isaccs, making it all the more strange because Timothy Dalton was initially scheduled to play Zhukov. Now I love Dalton but Isaccs steals a film he’s only in for half of. Whether it’s his slow motion entrance or anyone of his iconic lines, ‘Jesus Christ did Coco Chanel take a **** on your head, Isaccs is phenomenal. He plays Zhukov with the kind of pompous arrogance you might expect from a man who won the battle of Stalingrad. To sum his character up, the most Yorkshire sounding Russian ever.

Now from a pompous war hero to a widely reviled head of the Soviet Police: Lavrenti Beria. Now, I’m not going to list all of his atrocities because I’ll be sick. Just know that even by the low standards of Soviet secret police chiefs, Beria was sickening. The film hints at this with a horribly uncomfortable two shot of Beria and a young female staff worker. That scene represents exactly what Iannucci wanted for the actors to do: play the script straight. Whilst Beria does have funny moments, Iannucci doesn’t shy away from how brutal Beria was in the USSR with casual references to the lists. See the scene near the beginning with Beria in low key lighting handing lists to his NKVD troops. Credit must be given to Simon Russell Beale in the film. He delivers a simultaneously chilling and funny performance.

To the final character I’m analysing in my Death of Stalin Review: Nikita Khrushchev. Played brilliantly by Steve Buscemi and quick side note, imagine telling Buscemi when he was in Big Lebowski that one day he’d play Khrushchev. Utterly mad… Another side note, Buscemi joked in interviews his dream role was Khrushchev.

Anyway, what makes Khrushchev so good is how he changes from start to end. At the beginning, we see Khrushchev as the funny, jovial Buscemi-like character as seen by his story about the grenade. Yet by the end, Khrushchev organises a coup, a murder of a Committee member and exiles Stalin’s daughter to Austria. Damn. That’s character development.

This is set up as at the beginning as Khrushchev is shot the same as the rest of the committee suggesting they are all equal in Stalin’s eyes. Though not strictly true as Stalin wanted Malenkov to succeed him. Why? Because he was too ‘dumb’ to outshine Stalin. Credit to Jeffrey Tambor for his performance.

Yet by the end, Khrushchev is at a high angle, showing the power he has engineered in the Committee. This is even true when he is with his ‘allies’ Kaganovich and Molotov. Note how he watches the concert from a great height. Also, love the touch of Brezhnev sitting behind Khrushchev the whole time.

Soundtrack in the Death of Stalin

The final point I want to analyse in my Death of Stalin Review is the soundtrack. Composed by Christopher Willis who also later composed the Personal History of David Copperfield soundtrack. Everything about the soundtrack feels like a Shostakovich composition. The trailer reinforces this as it takes a leaf out of V for Vendetta. How? It uses the end of the 1812 overture. SO good. Anyway, this soundtrack feels pompous and bombastic. Yet also sinister and deadly. Kind of a metaphor for the film. So much of the soundtrack works with the film like the ominous track playing when the NKVD are rounding up ‘dissidents’ for the regime. This juxtaposes with the Soviet Leadership laughing and being very bored watching cowboy films. The soundtrack reflects the film as a whole: it shows how much power the Committee has over people’s lives.

To conclude my Death of Stalin review, the film is a wild, satirical hit. The Death of Stalin doesn’t shy away from the horrors of its subject country: the USSR in the 1950s. Wacky and whimsical in equal measure, this film is wonderful. There’s only so much I can do to big this film up. Also, I’ve attached a link here to the IMDB page where you can learn even more about the film. 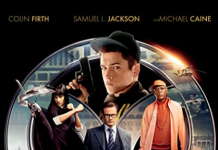 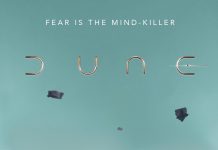