Squid Game is one of the latest Korean original series to come to Netflix. Released on September 17, 2021, the show soon received a huge buzz as it went viral before securing a title as the no.1 Netflix show in the world.

The gruesome plot of the series is warned to not be for the faint-hearted; however, even if you are not a fan of survival thrillers, it will certainly pique your interest; tempting you to watch it right through. Its uniqueness managed to captivate viewers worldwide, and the originality of the storyline is incredible. The sheer detail and depth of each plot is produced from the talents of Hwang Dong-hyuk, who also directed the 2011 crime drama film Silenced.

The creator, director, and writing prodigy began composing Squid Game in 2008; 13 years before it aired on Netflix. The plot of the series is already ahead of its time, illustrating a dystopian and futuristic portrayal of wealth, cruelty, and greed; however, to think that the ideas were created as early as 2008 is astonishing. The idea was pushed back and rejected several times throughout the decade, due to the barbaric nature of the plot, until it finally got the green light to start its production in 2020.

In an interview, Chae Kyoung-sun, Art Director of the series, explained why getting the right look and feel of the games was crucial. He cleverly described the setting as “nostalgia mixed with doom” as Korean viewers would recognise the childhood games yet would experience a sense of dread having experience them in a horrific setting.

After Seong Gi-hun returns home with his winning 45.6 billion won (£28 million) to discover his mother passed away, we see his significant deterioration due to the intensity and trauma of participating in Squid Game, as he looks close to giving up. The protagonist is clearly in a state of depression- a man who has everything, has nothing. Sat on a gloomy beach at Christmas Eve, Gi-hun buys a bouquet of flowers of which to his surprise, come with another game invitation. It is signed from his ‘gganbu’ (a slang term for ‘ally’ in Korean) the elderly man who he befriended throughout the game, which raises confusion as the man was presumably shot in one of the last few games.

Gi-hun then heads to the requested location, to find player 001 still alive. It quickly clocks to him that his gganbu was not his gganbu after all and was in fact the mastermind behind the whole game. This was the biggest plot twist of the whole series, which received mixed reviews from fans arguing whether it was a disappointing twist. Gi-hun is infuriated with the traitor, and soon walks off as player 001 passes away. The final scene of the series ends with Gi-hun, with his new fiery red hairstyle, heading onto his flight to America to visit his daughter; however, in the last second, he turns around, with the face of revenge.

The hit series has recently been renewed for a highly demanded second season and I am here for it!

Shortly after winning the games and bagging the impressive 45.6 billion won to himself, we see Seong Gi-hun get his fluffy brown hair dyed blood red. Viewers believe there is a deeper meaning behind this drastic makeover and predict that there’s a hidden message behind it. Gi-hun was once a happy-go-lucky character, even until the final few episodes; however, after seeing all his allies die and all the cruel fatalities of the games, he soon transforms into an emotionless man that no longer feels. Fans believe that the change in hair colour illustrates this change in character. Other fans also suggest a foreshadow, that perhaps he dyed his hair red to return as a masked guard to take down the game once and for all.

Another conspiracy theory, and my favourite, is Oh Il-nam, also known as player 001, being Seong Gi-hun’s father. Eagle-eyed viewers were quick to point out potential clues that the pair could be related, with many claiming that their relationship is like a father and son’s. Other subtle clues appear further into the series, as they both mention that the design of one of the games resemble their neighbourhoods. Some fans went even further and suggested that the whole game was created by Oh Il-nam to try and give his long-lost son the childhood he never had.

The workers are previous winners

Another great belief is the possibility that the masked workers are previous winners. This is a strong theory as the Front Man was revealed to be In-ho, detective Jun-ho’s missing brother who previously participated in the game. Oh Il-nam has proven to be able to track players, as he found Seong Gi-hun after the initial game had been terminated. This might suggest that previous winners, who possibly fall back into debt after spending all their winnings, could have a second chance to win money by working as guards for the games. Another perspective is that the workers who possibly are previous winners, have a similar outlook to Seong Gi-hun, who seek revenge, and returned to the game to shut it down, slowly forming a resistance.

Although there is a possibility that these conspiracy theories turn out to be untrue, they really do make you itch to know how it all ends- will Seong Gi-hun seek vengeance? 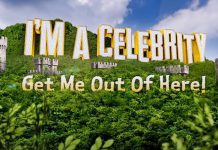 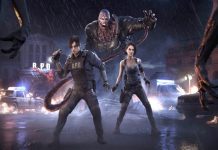 Opinion: Why Outlast Whistleblower Is The Perfect DLC