We kick things off with a Mania 38 rematch between Seth Rollins and Cody Rhodes. They arguably stole the show in Dallas, and they stole the show again here in Rhode(s?) Island. Unlike the mile-a-minute spotfests, their matches tell a logical story and feature strong psychology while remaining very dramatic and exciting. Cody’s slightly underhanded manner of victory opened the door for a memorable Hell In A Cell rematch the following month. Meanwhile, Omos and Bobby Lashley also continue their feud, with MVP having a hand in the outcome here.

Edge vs. AJ Styles is another strong bout with a somewhat unpredictable ending. However, I feel that Edge vs. AJ, while of a high quality, was a bit of a disappointing saga. I’m putting this down to their ages, with both having a combined 92 years at this point. One can’t fault their efforts, but they could have delivered a true classic in, say, 2009. Then again, Edge even wrestling in 2022 seemed unimaginable as recently as three years ago. So, even an underwhelming feud is still better than never seeing this rivalry at all.

Speaking of underwhelming, Charlotte Flair vs. Ronda Rousey at Mania 38 didn’t satisfy tons of fans. Perhaps that’s because it was overshadowed on a busy night, or because fans just didn’t buy their efforts. Here, though, we get a superior (and occasionally quite violent) I Quit rematch. Furthermore, Ronda defeats Charlotte to win the SmackDown Women’s Title in a result that should have transpired five weeks earlier. Then, Madcap Moss gets a somewhat impressive win over his former partner-in-crime Happy Corbin.

Originally, we should have seen RK-Bro vs. The Usos to unify the Tag Team Titles. For unknown reasons, this became a non-title 6-man tag involving Roman Reigns and Drew McIntyre. This brought the significance of the card down substantially, and I cannot fathom why this decision was made. Nevertheless, at least this match is really enjoyable, with the Providence crowd in the palms of the participant’s hands. The Bloodline probably could have afforded a loss here, but instead their victory continued to establish their dominance. And as it turned out, The Usos would unify the Tag straps just weeks later.

This show reminded me a lot of the old In Your House PPVs. By that, I mean that it’s a clear B-show with little importance, yet the action itself is rather entertaining. And one could argue that the Mania rematches on show were better than the originals. So, it’s far from a must-see card, but this is still a very entertaining PPV event. And therefore, a rewatch on DVD gets at least one thumb up from me. 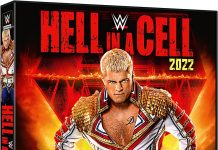 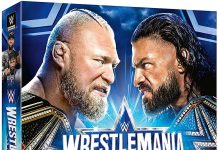