The Reds, now caught up to Manchester City on games played, made a statement on Wednesday night, putting six goals past Leeds United under the lights at Anfield. Liverpool made their claim early, scoring three goals during a twenty-minute window in the opening half. These were courtesy of two Mohamed Salah penalties (15′, 35′) and Joel Matip (30′) being set up by the Egyptian for his first goal since December 2020. The rest came from Sadio Mane (80′, 90′) and Virgil van Dijk (90+3′) in the second half respectively. Read on for our full Liverpool 6-0 Leeds United match report.

Otherwise, you can watch all of the match highlights by clicking here.

There were five changes made to the starting lineup that played against Norwich City, including Curtis Jones who was eager to impress.

The match started with Liverpool wasting no time in pushing Leeds back and looking to take capitalise on any space they could find. Although this did not amount to much initially, it was a positive start for the Reds. Luis Diaz would come the closest. Sadly, Sadio Mane, seemingly unable to recognise his new teammate, put a stop to it by getting in the way. After fifteen minutes, a cross by Andy Robertson was pushed aside by the arm of Stuart Dallas and a penalty was rewarded. Salah opened the scoring from the spot, 1-0.

The advantage has lifted the Reds, with every move and pass looking to put Leeds on the back foot. Not before long, Joel Matip decides it has been too long since he has scored a goal. Realising his dream of entering the scoresheet, he  plays a quick one-two with Salah and slots the ball home for 2-0. Shortly after, Sadio is fouled in the box and the ref points to the spot. Salah sticks it in the top bin, claiming two goals and an assist inside thirty-five minutes. Almost completing a hattrick before halftime, he has a chip cleared off the line.

The opening minutes to this half involved a lot of attacking play from the Reds with not much end product. But a bright start nonetheless, if that counts for something? Klopp eventually replaces Thiago with Jordan Henderson and the tempo of the game instantly picks up.

Later, Diaz presses the keeper into playing the ball out to Salah, who finds Henderson, setting up Mane for the fourth. An attack comprised of talented individuals combining for a wonderful team goal.  Not long after, Divock Origi replaces Diaz after an impressive game. Only a few games in and the fans are singing the Luis Suarez song about him. Great job fella!

Origi, attempting to stake his claim the team has a shot blocked by the Leeds goalkeeper, only to have the rebound find Mane’s feet who slots the ball home for five.

Joel Matip would be just one of two defenders to score tonight. The towering Dutchman, in typical style smashes the ball in with his gigantic cranium from a corner to make it 6-0 in injury time.

Thank you for reading our Liverpool 6-0 Leeds United match report A game where Liverpool needed more than a win to realistically keep up with Manchester City saw the Reds add six goals to their GA and three points to their tally.

The night was defined by penalties, wise substitutions and centre-backs living their dream of becoming strikers. Literally, every time I looked away from the television in the pub, something would happen! With the title race becoming incredibly tight, points and wins alone might not be enough to seal the victory. A six-goal advantage is just what the Reds needed to keep up with the league leaders.

MOTM: Scoring two penalties, registering an assist and coming close to a penalty, Mohamed Salah is undeniably our MOTM.

Keep up-to-date with all of our football content by following this link. 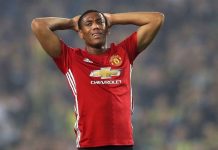 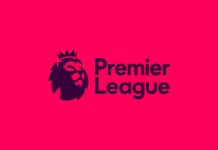