The Reds were back in action at Anfield on Sunday 9th January, hosting League One side Shrewsbury Town in the third round of the FA Cup. Goals courtesy of Kaide Gordon (23′), Fabinho (44′ Pen, 99+3) and Roberto Firmino (78′) saw the home side book their place in the next round. Although  Shrewsbury Town forward Daniel Udoh caused some early nerves, netting the opener on minute 27′. The home side, notably fielding a weakened first-eleven, would respond shortly after and go on to earn a convincing victory. Read on for our official Liverpool FC 4-1 Shrewsbury Town FC match report, with all the goals and highlights.

Otherwise, you can check out all of our football-related content by clicking here.

With Jurgen Klopp returning to the manager’s dugout, an expected mix of youth and experience walked out to face League One side Shrewsbury Town FC. Debuts for Elijah-Dixon and Max Woltman alongside veterans Virgil van Dijk, Andy Robertson and Fabinho in what would be an interesting first half.

Shrewsbury Town FC forward Udoh would open the scoring midway through the first half after a decent cross from Ogbeta penetrated Liverpool FC’s right-hand side, slotting away from close-range. Konate’ could have done more to keep the cross out.

Seven minutes later, assisted by a well-taken pass by Conor Bradley from outside the penalty area saw teenager Gordon equalise and become the youngest Red to score in the FA Cup. Fabinho would later capitalise in a Shrewsbury Town FC handball to score from the spot before half-time.  Liverpool FC 2-1 Shrewsbury Town FC.

Klopp decided to change things up a bit to maintain his side’s narrow lead, introducing cup competition hero Takumi Minamino to replace Woltman and swap Dixon-Bonner and Curtis Jones positionally from midfield and out wide.

The second half would prove to be a fruitful affair for the Reds, enjoying large spells of possession and spending much of the half in and around the opposition box. Firmino would make it 3-1, backheeling the ball from inside the box after being set up by Konate, following a cut-back cross from Conor Bradley.

His compatriot, Fabinho would make it 4-1 in extra time, scoring from close-range following a free-kick from outside the box by substitute Kostas Tsimikas. FT: 4-1 to the home side.

There you have it, our Liverpool FC 4-1 Shrewsbury Town FC match report. Although Liverpool FC found themselves behind early on, they never looked like they would roll over easily. The match finished with the Reds tallying 83% of the possession and 19 shots (6 on target, the 4-1 scoreline was more than deserved. Liverpool FC now faces Cardiff City in the fourth round in February 2022.

Follow this link to view the goal highlights of the game in case you missed it. 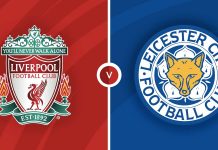 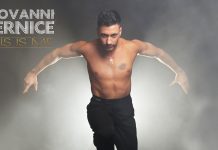 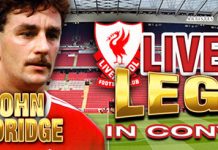