It was Villarreal’s turn to host as Liverpool travelled to the Estadio de la Ceramica with one foot in the final and sitting on a 2-0 (agg) cushion. All they had to do was keep it watertight at the back and one goal would almost guarantee them progression. However, in typical Liverpool fashion, they decide to apply all of the pressure in the universe on their own shoulders. Conceding two goals in the first half courtesy of Dia (3′) and Coquelin (41′)the playing field was truly levelled. Thankfully, a second-half comeback saw the Reds take the game by the scruff and force through a brilliant comeback, with goals from Fabinho (62′), Diaz (67′) and Mane,(74′) Diaz and Mane. Read for our full Villarreal 2-3 Liverpool match report

Otherwise, you can watch the full match highlights by clicking here.

As previously mentioned, Liverpool strolled into this game riding on a 2-0 advantage. But as the first half got underway, the Reds were not playing like a team riding a wave of confidence. Horrifically slack defending and decision-making saw the yellow submarine cut the deficit in half within a few minutes. Naby Keita and Andy Robertson were particularly at fault, gifting Villarreal some very early chances. Villarreal had all of the freedom to flick the ball from side to side before Boualaye Dia slotted home. 1-0 (1-2 agg).

The opening half did not improve as Liverpool, hellbent on forcing a  second-half comeback mission squandered the limited chances they could muster while conceding chances to the home side with ease, On the cusp of halftime, a disastrous Naby Keita pass gifted Villarreal a break of play, with Alisson thankfully thwarting the attack away, with penalty calls sounding a nightmare chorus in the ears of the Liverpool faithful. Thankfully, it was ruled out.

Villarreal eventually matched the deficit achieved at Anfield just before the break as Francis Coquelin headed home, partially thanks to some dreadful marking by Trent Alexander-Arnold.

What I would give to hear a recording of Jurgen Klopp’s half-time team talk. The team that left the pitch and subsequently walked back out looked truly like different sides, night and day. Klopp’s side began the second half emphatically. Liverpool had a spring in their step, their passing was accurate and their pressing was effective.

Liverpool began their comeback at the hour mark after a period of positive play and possession. Fabinho found himself in on goal thanks to a nicely threaded pass from Salah. Slotting nicely past Rulli to make it 2-1. This goal put a massive spring in Liverpool’s step as substitute Luis Diaz matched the scoreline by heading past the keeper from an impressive Trent Alexander-Arnold to make it 2-2.

Sadio Mane provided the final nail in Villarreal’s coffin on minute 74′ as he found himself in acres of space and the Villarreal keeper caught miles off his line after attempting to intercept a Naby Keita pass. The no. 10, in his more comfortable centre-forward position, slotted the ball in with ease to make it 2-3 (2-5 agg) to send Liverpool through to the Champions League final in Paris.

Thank you for reading our Villarreal 2-3 Liverpool match report. It was truly a game of two halves by its very definition. The teams were juxtaposed and swapped around in each half. Villarreal started sharply and Liverpool sloppily but after the break, the home side’s confidence shrivelled up while the Reds ramped up the pressure by tenfold. They do love a semi-final comeback, don’t they? My fingernails cease to exist with this club!

Jurgen Klopp and this side now find themselves in the third champions league final of this era, travelling to Paris to face either Manchester City or Real Madrid (TBA) on May 28th.

Keep up-to-date with all of our football content by following this link. 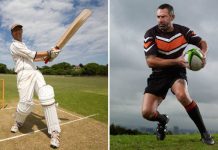 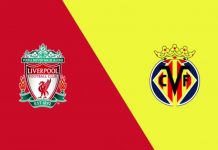