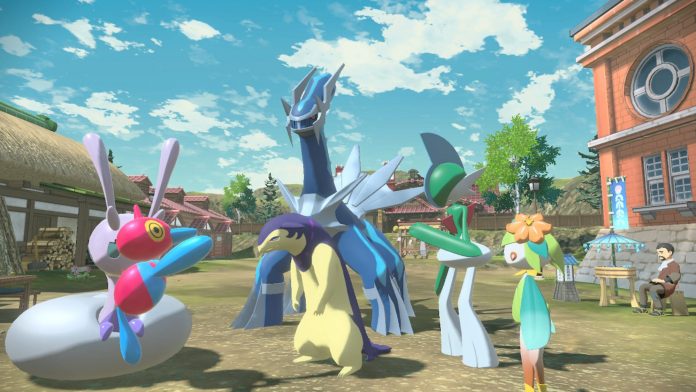 Pokémon: Legends Arceus came out in January of 2022 and set out to revolutionize the core gameplay mechanics that had been staple in the series since its release. With hopes of escaping the trap of becoming mundane by keeping too much the same. The development team set out with the aim to try and make an open world Pokémon game. With the team using the term “Monster Hunter meets Pokémon” in multiple interviews. One could see it apply timed with the release of Monster Hunter Stories 2: Wings of Ruin which is the series take on a Pokémon style game.

The story of Pokémon: Legends Arceus sees the play get sent back through time to the initial colonization of the Hisui region. With the players subgoal being to compile the first ever fully complete pokedex for the region. The player works with the Galaxy Expedition Team, as well as the Diamond, and Pearl clans in order rectify the changes brought upon the region by the rift in time and space. The one you travelled through. Due to the rift appearing multiple Noble Pokémon have been affected, it is your task to quell these Pokémon. Restoring them to their peaceful nature as protectors.

Unfortunately, the space rift worsens you are blamed for this and banished from the camp. Now tasked to venturing to three mystical lakes to find the legendary Pokémon Azelf, Mesprit and Uxie. These Pokémon provide you with materials which are required to build the Red Chain, an item that will be used to stop the rift. Unfortunately, it breaks when Palkia or Dialga appear (depending on which clan you chose to help) you then catch the legendary. Using fragments of the broken Red Chain the player crafts special ball capable of capturing the remaining legendary.

In Pokémon: Legends Arceus the game replaces traditional gym leaders with Noble Pokémon. These replace the leaders as the games form of boss battles. Taking on souls like gameplay as you dodge and roll out of attacks whilst throwing balms to weaken the Pokémon. Only then will you get a chance to initiate a battle with it, sometimes multiple are required. Each location has one Noble Pokémon totaling five compared to the usual eight gym leaders you have to usually face.

The real stand out of the game has to be the vast improvement on filling out the pokedex, exploration, and location variety. I really liked the scientist appeal and sub plot. Being one of the first to help create the first ever pokedex makes it seem that much more satisfying watching each Pokémon as you fill in the required observation tasks on the pokedex. The Pokémon you use to travel are well animated and give you a good variety of traversal options. They can be a bit finicky to control at times, however. The starters are all well rounded, my personal favorite being Cindaquil. The new types added to the stage 2 evolutions do bring a breath of fresh air to the already featured starters.

The different locations provide enough variety in environments for us to experience how these Pokémon would go act in real life. Although not in depth as the recent Pokémon Snap, the game world does create a new in depth look into Pokémon in the overworld. Drastically improving on the foundations that was laid with the wild areas in Pokémon Sword & Shield. Dissecting trailers for the upcoming Pokémon: Scarlett & Violet it seems that the next mainline games for generation 9 will be taking this feature from Pokémon: Legends Arceus and developing it further.

Pokémon: Legends Arceus introduces us to the original forms of Voltorb and Electrode. Giving the two a grass/ghost dual type combination diverting from the Pokémon’s usual electric typing. I actually loved the redesign of these Pokémon; I just wish they were better. As through my playthrough Luxray was far superior, so I didn’t use either one much. Although I did like the new dual types for the starters. I can’t wait to put my fire/ghost Typhlosion in other Pokémon games. Other existing evo lines such as the Tediursa, Syther, and Basculeon lines got new gen evolutions in the forms of Ursaluna, Kleavor, and Basculegion. The was also new region variants introduced as Hisuian forms. These included Growlithe and Zoroa.

The game does lack traditional battles and the battles that do feature, feature sporadically throughout the game. Something that did get fixed in the Daybreak update but that require you to complete every main and side mission in the game. With that hefty hourly requirement just to reach the extra battles you can find yourself bored grinding away at the missions. The improved mass outbreaks do help with the tedious nature giving you a pleasant distraction from what has become mundane Also with the emphasis on collecting data and observing Pokémon in the wild I would have much preferred a bigger pokedex.

With only around 200 Pokémon this is one of the smallest national dex that we’ve had for a while. Another activity that becomes tedious is the inability to fast travel directly between locations. With Pokémon: Legends Arceus forcing you to travel back to Jubilife village each time you desire to venture to another location.

To conclude I think Pokémon: Legends Arceus is definitely a step in the right direction. As I feel Pokémon failed to fully advance onto the home consoles with the recent releases. Although I loved Pokémon Sword and Shield, finally having Pokémon set in the UK was amazing. Yet I felt like the development team didn’t do all they could have done to fully lift the IP onto the more advance hardware and capabilities of home consoles. However, it is still apparent that this is a steppingstone of things to come, with it resembling the start of a new era perhaps for Pokémon rather than the final design. Yet without PVP battles it doesn’t seem worthy to train up Pokémon, at least for me. I found myself getting bored without the goal of having to better someone else. With all this being said I would definitely still recommend the game though!

Check out more of my reviews here! 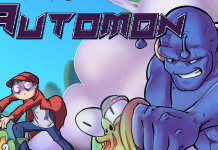