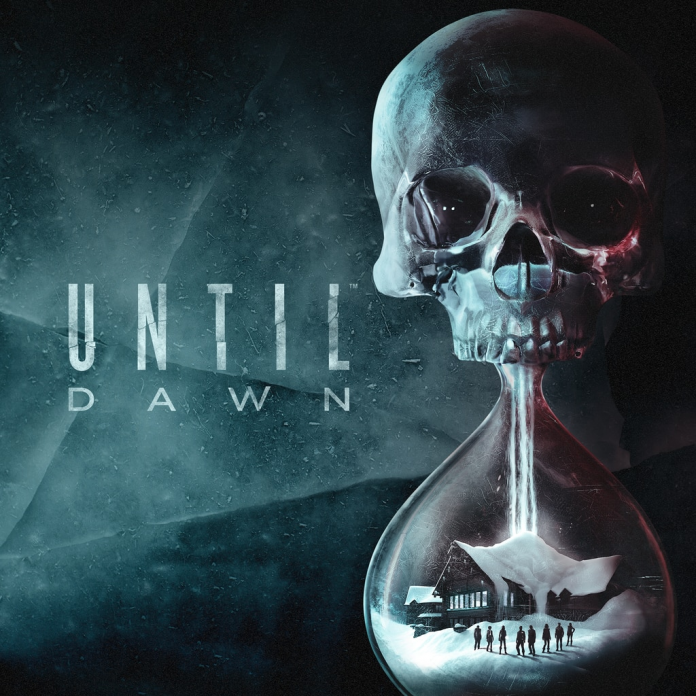 When talking about horror games from the past decade people often bring up the heavy hitters of the genre. Alien Isolation, Outlast and The Evil Within were all popular horror games that took the internet by storm. One surprise smash hit among them was Supermassive’s Until Dawn. A 2015 interactive horror game where you make the choices that either save the characters or kill them all.

The next game from Supermassive will be “The Quarry”, an 80s themed slasher set at a summer camp for teenagers. With the new game coming out next week it’s a no better time to revisit the game that put Supermassive on the map. Spoilers for Until Dawn below.

The Plot of Until Dawn

The story revolves around a group of friends who return to a mountain cabin one year after two of their friends’ tragic deaths. When they start being hunted by unknown forces the group must find a way to survive until dawn.

The plot is complex, having two main storylines happening but it’s not apparent that they’re different plots until about halfway into the game. The game does enough towards the end to spell it out to people who haven’t been paying attention to all of the story elements, so it avoids any confusion on that front.

For a game that has 8 playable characters, it does a good job of balancing the amount of time you play as each, giving each character decent development. Since it’s based on old horror movies each character is an old horror movie archetype. Mike is the confident leader, Sam is the final girl etc. At the beginning of the game, they’re stereotypical but this quickly goes away and doesn’t last that long. Emily is the designated ‘Catty girl’ of the group but when you play her chapters you see her resourcefulness under pressure.

One of the best parts about these characters is their dialogue options. The dialogue was made to emulate the 80s and it’s amazing in its awkwardness. It’s so bad it circles back around to being genius. It’s cheesy but that adds to the charm of the game. To this day the quote “Understand the palm of my hand b*tch.” is one of the best in the game.

The Look of Until Dawn

The game is a cinematic masterpiece. Everything about it is carefully designed to feel like a movie. The camera angles will change depending on where you are in the game. It excels in this aesthetic it’s trying to achieve. The story is set on a dark snowy mountain, and you feel the cold unforgiving nature of it through the game.

The game was made to be as cinematic as possible. It feels like you’re making your own movie when you make the choices. It relies on a lot of horror tropes but the people behind it knew what made them effective and applied it here. The choice to make it feel like a film ripples through a majority of Supermassive’s recent projects. They found their USP with this format and it hasn’t failed them yet.

The game uses a mix of horror tactics to scare the player. It has enough jump scares to scare hardcore horror gamers but effectively builds genuine tension with the ‘don’t move’ mechanic. With it, you need to react quickly and stay as still as possible. Even the slightest movement can kill characters in certain situations.

One element that the game uses to its advantage is giving the player the option to do nothing. If a certain quick time event pops up the player doesn’t necessarily have to interact with it. This is great for mind games with the player as they must be very careful in what they choose to investigate. The choice regarding the ‘waving hand’ in the Sanatorium level seemed to fool a good majority of players, myself included.

Sometimes when a game says your choices matter, they actually don’t. That is not the case with Until Dawn. Every single action has a consequence in this game, even choices you wouldn’t think have much of an impact absolutley do. This makes the game very replayable, allowing the player to go back and make different choices with a wildly different impact.

It’s the amazing attention to detail in moments like that that make Until Dawn a great game.

Flaws in the game

In terms of game problems, it suffers from two main flaws. The first big flaw the game has how hard it is to replay. It’s not horrible to reply, it’s the chapter layout that’s the problem. It splits the game into 10 chapters, each chapter an hour of in game time. To achieve a certain path, you have to replay the entire chapter, and maybe previous chapters in order to set up the correct ending. If you’re a trophy hunter wanting to get a platinum trophy it makes replaying the game a pain and a half. I remember trying to get the last few trophies which required me to replay chapter 10. I had to replay the whole chapter 3 times to get the endings I needed when it was only the final choices I needed to alter.

This is something that improves in their anthology series “The Dark Pictures”. They lay out the chapter choice a lot better there than they did here. This is something I hope that they carry into “The Quarry” when it comes out next week.

The second flaw is the camera movement. Since it’s a cinematic game the camera angles change constantly like it would in a film. This leads to some infuriating controls when walking around. This also means looking around for the collectables becomes less fun and more of a chore.

To conclude Until Dawn is a great horror game and a testament to what Supermassive can do. This game set the bar and I hope they keep the ball rolling with The Quarry. 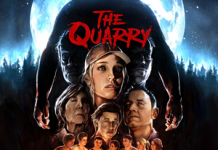