WWE videogames are fun, aren’t they? So, the WWE licence is one with dozens of videogame appearances to its name down the years. Indeed, from WWF MicroLeague Wrestling in 1987 to WWE 2K Battlegrounds last year, there are many titles representing the WWE product. Now, some would be all about replicating the finer details of the in-ring product, in particular the main WWE 2K series. But others would prefer to be slightly more casual by offering action at a fast pace, such as WWF SmackDown! And then you have those that are just plain bizarre, such as WWF WrestleMania: The Arcade Game. Along the way, there are just as many hits (WWF No Mercy) as misses (WWE 2K20).

Soon, we will learn about WWE 2K22, a game with an extra year of development. However, will this lead to a comeback for the franchise, or will its artistic decline continue for WWE videogames? Well, we will find out in a few months’ time.

Before then, though, I would like to look at some unique aspects of WWE games from the past 34 years. Now, I am going to highlight points which aren’t obvious to those playing a WWE game for the first, or even the thirtieth, time. Furthermore, some of these could change in the future depending on what direction WWE videogames take. But for now, let’s focus on ten fun facts about WWE games which you may not be aware of!

The Hulkster is the biggest name in wrestling history, and even today, he’s more famous than anyone presently competing as a full-timer. So, one would think that Hogan would be an ever-present, or at least a regular fixture, amongst WWE titles. But this isn’t necessarily the case. Why? Because his peak in popularity within the WWF would predate the modern era. And even when he would make several triumphant returns, he would rarely stick around for long. So, this might explain why Hogan holds an unusual record. Indeed, Hogan has the distinction of being confirmed for, but then removed from, WWE games on the most occasions.

To start with, pre-release screenshots of Hogan in WWE SmackDown! Here Comes The Pain would be outdated when he departed WWE in June 2003. Next, we have a bit of a cheat as Hogan was never officially listed for WWE SmackDown vs. Raw 2008. But his early 2007 falling-out would prevent him from a highly likely appearance, his third in a row. Of greater note is Hulk being announced for WWE 2K16 before being removed after the racism tape scandal of 2015. However, this would also see his downloadable personas removed from an already-released title in WWE 2K15. Just to add to the wackiness, Hulk would appear in WWE All-Stars and WWE 2K14 while under contract to TNA Wrestling. How bizarre!

So, if the most recognisable wrestler of all-time isn’t the most frequent guy to star in WWE videogames, then who is? Well, that would be The Undertaker. Arriving in the WWF at Survivor Series 1990. Taker would remain with the company for a historic run. And I still don’t entirely believe that he won’t step into the ring one last time. But more notable for this article is how often Taker would appear in WWE games from WWF Superstars 2 (1992) onwards. In fact, other than WWF European Rampage 1992, Taker would appear on every single WWF/WWE game ever since.

So, in total, Taker has more than 50 game appearances under his belt, not including mobile-specific releases. Furthermore, Taker’s early cameos would come when games would only have a handful of wrestlers on their rosters. Even WWF Betrayal on Game Boy Color in 2001, with just four wrestlers to select, would feature The Undertaker. Don’t expect anybody else to break this record anytime soon, especially since Taker is a shoo-in for WWE 2K22 alone.

3. The Barren Year For WWE Games Whilst On The Cusp Of Greatness

Many fans would receive a shock when WWE 2K21 would essentially receive a cancellation, with a delay renaming it WWE 2K22. But at least WWE 2K Battlegrounds was there to provide gamers with some form of virtual WWE action in 2020. That’s more than people could say in 1997, though. Because ’97 is the only year since WWF WrestleMania on NES in 1989 without any WWF/WWE videogame releases whatsoever. And yet the WWF product was slowly on the rise due to its new Attitude; the company’s popularity was about to explode.

Furthermore, WCW would release a legendary title on N64 that year in the form of WCW/nWo World Tour. And Acclaim, the publishers of WWF In Your House in 1996, would also publish WWF War Zone in 1998. So, I cannot explain why fans would have no videogames to enjoy in 1997. Perhaps the WWF felt in early ’97 that there was no demand for a game. But it’s baffling in hindsight, especially since War Zone would introduce a whole new audience to virtual wrestling in ’98.

4. No Love For SummerSlam In Titles Of WWE Videogames

Over the years, and before the annual release cycle would truly become commonplace, WWF/WWE videogames would have various titles. Though the SmackDown! and SmackDown vs. Raw games are famous, WrestleMania would understandably have its name within numerous games. Meanwhile, Royal Rumble has two games, with Survivor Series also having a title on Game Boy Advance in 2004. Even lesser shows like King Of The Ring and In Your House have a game of their own. And of course No Mercy, a B-PPV in WWE’s eyes, is arguably the greatest wrestling game of them all.

But strangely, we have still yet to see a WWE game with the name SummerSlam, the company’s second biggest annual show. And the flagship series currently favours the simpler route of naming after each year. Okay, so there’s always a chance that a spin-off changed things. But as things stand, SummerSlam is a strange omission when it comes to WWE videogames naming themselves after globally-recognisable PPV events.

5. Even Less Love For Tito Santana Within WWE Videogames

Mind you, at least SummerSlam arenas always make an appearance within the annual games themselves. But this isn’t the case when it comes to the wrestlers themselves, and especially retro characters. Since 2003, each major WWE videogame would feature anywhere from a handful to dozens of legends. And just about everybody of relevance from WWE’s history has made an appearance somehow, someway. But amongst the notable omissions is Tito Santana, a former Intercontinental Champion, Tag Team Champion and WWE Hall Of Famer. Not to mention a man who would compete at the first eight WrestleManias.

However, for some reason, he is still yet to appear on even one occasion in a videogame with the official WWE licence. Sure, he would appear in Acclaim’s separate Legends Of Wrestling series. But the company in which he would become a legend has still yet to do so. Could that change for WWE 2K22?

6. The Most Replayable WWE Videogames Match Of All-Time

The two top stars of the Attitude Era are undoubtedly Stone Cold Steve Austin and The Rock. And it stands to reason that fans would play Austin-Rock exhibition bouts endlessly over the past 23 years. (Yes, 23!) But that doesn’t explain how one specific Austin-Rock bout has been a feature of four separate modes. To clarify, their WrestleMania XV clash has been the subject of “relive” modes on four different occasions.

So, there’s WrestleMania Tour mode in Legends Of WrestleMania, with this contest rounding off the mode. The same would apply to Attitude Era mode in WWE ’13, at least for the larger aspect of the story. Then, it would act as the halfway point for 30 Years Of WrestleMania mode in WWE 2K14. And it would finally appear again as part of the Stone Cold Showcase mode in WWE 2K16. Could it get another bow in a future WWE videogame? Don’t bet against it!

WWE SmackDown vs. Raw 2008 is something of a turning point for the series. From this stage, the “annual update” would start to become more noticeable, with fewer changes to each edition than previously. Not to mention that, by covering six different home and handheld consoles, no one version would be truly great. That’s due to a smaller roster, a merging 24/7 mode, minimal match options on Nintendo Wii and other issues.

However, its widespread availability would make it the best-selling WWE game of all-time with over 6 million purchases. Not forgetting that the game was the first to be available digitally on both PS3 and Xbox 360. So, while the game would be an artistic disappointment, it was a commercial smash-hit.

8. The Longest Wait Between Appearances In WWE Videogames

What is the biggest gap between WWE videogame appearances for a particular wrestler? As things stand, that honour goes to Rick Martel (coincidentally, a former tag team partner of never-present Tito Santana). So, The Model would appear in WWE 2K18 and 2K19, after a planned 2K17 cameo didn’t materialise. But not only was it cool to see Martel again, it was his first WWE videogame appearance in 24 years! Rage In The Cage on Sega Genesis/Mega Drive was his previous virtual bow for the WWF/WWE.

So, this is one record which could break in the future if fellow RITC stars The Nasty Boys or Crush show up in a future title. But for now, Martel’s wait of almost a quarter of a century stands tall above the rest.

In 2002, the WWF would become WWE after losing a legal battle with the other WWF. So, this would affect everything relating to the company, and that would include its videogames. For instance, the main PS2 release that year would be (the incredible) WWE SmackDown! Shut Your Mouth. But WWF Raw on Xbox had already arrived for American fans in February 2002. So, this would remain a WWF game despite the European rename of WWE Raw for UK fans upon its October release. However, right in the middle, you have WWE WrestleMania X8. Or should that be WWF WrestleMania X8?

You see, WM X8 would hit stores in June 2002, just weeks after the name change. This would allow time for WWE and THQ to include the new name on the cover sleeves. But nothing within the game itself would change to reflect the new identity. All of which essentially makes it a WWF game with a WWE name.

I round off my own list with a personal entry. And that is how I would technically appear in one WWE videogame myself! So, there would be a one-off decision for the PS3 and Xbox 360 versions of WWE SmackDown vs. Raw 2009. And as a result, THQ/Yuke’s would include WrestleMania 24’s main event clash between The Undertaker and Edge in its entirety within the game. Why? I don’t know. But as someone who was in attendance for WM 24, and on camera throughout, this technically put me in the game! (I’m on the third row wearing a red cap and a red shirt if you look at the hard cam.)

Sure, it’s not the same as winning the WWE Title as my own personal character. Or even creating myself and dominating from that point on. However, it’s the nearest that I will probably ever get to becoming a videogame character, and therefore I’m taking it!

What other facts do you know about WWE videogames? Let us know by leaving a comment below! 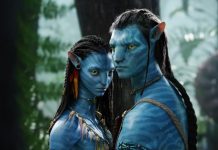