Well, long live the resurgence of Adam Sandler and that is a sentence I thought I’d never say. Not only is Hustle a great film but Sandler once again proves that if you put him in a drama he’s actually quite good. Also, the film probably works best if you have very little expectations going into it. Anyway, here is my review of the film and beware SPOILERS ahead.

We see Stanley Sugarman (Sandler), an ageing international scout for the NBA team: the Philadelphia 76ers, living on the road looking for future stars. Also, this puts a huge strain on his relationship with his wife Teresa (Latifah) and daughter Alex. Oh, also Stanley is at odds with the 76ers’s owners son, Vincent (Foster) because of their philosophies. Tragedy then strikes as after promoting Stanley to assistant coach Rex (Duvall) ,the 76ers owner, dies the same night.

Obviously this leaves Vince in charge of the 76ers who immediately demotes Stanley back to scout. He meets with Leon Rich, an old friend, who encourages him to become a player coach. Soon after missing an important game, Stanley finds himself watching a pick up basketball game with an amazing talent on the court.

After proving his legitimacy via a facetime call to Dirk Nowitizki, Stanley talks with the player Bo (Hernangomez) and his mother Paola. Here we find out about his backstory about how he nearly went to the USA to play basketball but stayed behind for his family. After impressing at a tryout for the Spanish national team, Stanley unsuccessfully lobbies for the 76ers to buy him due to Vince being unconvinced.

So out of the goodness of his heart, Stanley flies Bo to the US and tells him he will make the 76ers or the NBA Draft. Unfortunately, Bo is detained at the airport for an aggravated assault charge he received in Spain. While he is released he is warned that if he commits a crime in the US he could be deported. What a twist……

Stanley then takes Bo to a showcase organised by Leon with number two draft pick, Kermit Wilts (Edwards). Stanley then advises Bo to shut down Wilts as it will increase his stock with the 76ers massively. But because this isn’t Act 3 of the film, Bo does show flashes of talent but on offence and guarding Wilts. This is because he fails due to some trash talk about his family.

After Vince tells Stanley the 76ers aren’t interested, he quits the 76ers. He then decides to put all his effort behind getting Bo into the NBA Draft Combine in 6 weeks. Despite Teresa and Alex assisting in the training and Bo massively improving, he doesn’t make the draft. This is because of Vince spreading damaging information about Bo’s assault charges. What a bad man….

Bo and Stanley open up about their pasts

All of this leads to the obvious fight between Bo and Stanley where Bo reveals his assault charges were from protecting his daughter, Lucia, from her mother. Stanley then reveals his injured hand came from a drunk driving accident in college. This derailed his basketball team’s progress for 6 months. This helps bring Bo and Stanley closer but Stanley can’t get Bo into the combine.

After drumming up some viral interest with help from Julius Irving, Bo is eventually accepted into the combine. Stanley also brings Bo’s family to the US to support him. After Bo impresses again in the physical aspect, he comes up against Wilts in a 5 on 5 game. Bo performs well initially but crumbles to Wilt’s mind games about his family. He then storms off.

Despite Bo and Stanley believing his journey is over, Leon calls about a private game for the players. Here, Bo shuts down Wilts defensively and shows his capabilities in offence. Oh, also Rex’s daughter, Kat, who recognises Bo’s talent and signs Stanley back to the 76ers.

The simplicity of Hustle’s narrative

To start my analysis of Hustle, I’m going to discuss the simplicity of the film’s narrative. Now, if a film has a simple narrative that doesn’t make it a bad film. With a lot of modern films often involving a lot of characters, universes and about 64 different plot lines (insert Marvel joke here for no reason), it is refreshing to see a simple narrative every once in a while. Yet, this is what makes Hustle so good as it is a story about overcoming stigma and adversity to fulfil your dreams.

Take either Stanley or Bo as an example. In Stanley’s case, the narrative sees him trying to prove Vince wrong for demoting him and ignoring Bo as a potential player. In Bo’s case, the narrative is about him trying to make a living in the NBA and overcoming the established player with the world at his feet in the form of Kermit Wilts. Sidenote, Kermit Wilts is a phenomenal name and not just for a basketball player.

For the next part of my Hustle analysis, I’m going to discuss the elephant in the room: Adam Sandler’s performance. Now anyone who knows me knows I’ve never really been an Adam Sandler fan. While that’s a story for another review, I loved his performances in Uncut Gems and obviously Hustle. Why is his performance in Hustle so good? Because of the simplistic nature of the narrative. As mentioned above, Stanley is demoted and ignored by Vince so this leads the audience to want him to succeed.

Adding to this Stanley’s backstory about his injured hand and sheer desire to help Bo achieve a better standard of life for him and his family just allows the audience to sympathise with Stanley. All of the above makes Sandler’s performance as Stanley more relatable (in the sense of achieving your dreams) to the audience. Man, long live the re-emergence of Adam Sandler.

Finally, to conclude my analysis of Hustle I’m going to discuss the critical response to the film. So, what is the critical response to the film looking like so far? Well, Hustle has been met with near universal praise. This is mostly because of things I discussed in my last paragraph about Sandler’s performance as most people point to his loveable slacker charm helping to drive the film along.

While his lovable charm might be the downfall of a lot of his comedic films, it becomes his greatest strength by making the audience and critics fall for his performance as Stanley. Also, another key area of critics praise comes from another aforementioned point: the lack of fancy moves within the narrative. I’m not going to mention much more on the lack of fancy moves in the narrative as it feels relatable to the audience and makes Stanley feel more sympathetic.

To conclude, Hustle is a great, at times feel good film, which continues the upward trend of great Adam Sandler performances from Uncut Gems. Again, while it may not make any flash moves Hustle is a great way to spend 2 hours on Netflix in the evening. 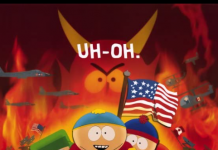