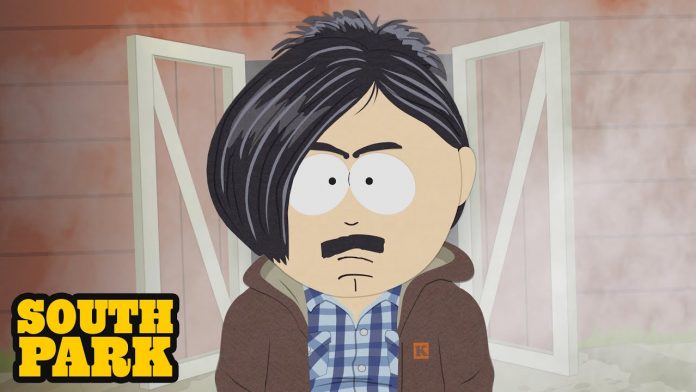 South Park is by far one of my greatest tv shows of all time, without failing the show always manages to make me laugh whilst covering recent news headlines and pop culture. The studio manages this because usually every episode of South Park is initially created and goes through every stage of production in a mere week. With the studio reaching the deadline every time except a single occurrence where the power failed and was the office building blacked out. So, after finally signing up to Paramount+ to watch the Halo series I found multiple South Park specials, sort of TV movies. Or at least close enough to movies that I could review them as such.

The story starts with Tolkein’s dad and other farmers licensing out rights allowing access to their excess water, not needed for their crops. The farmers create a subscription service in a parody to the ongoing modern streaming wars.  Whilst the boys, unaware of why the farmers are paying them to do so, are being employed to construct tiny boats to prove the water flows into the reservoir. This is in order to prove ownership. The subplot follows Cartman  desperately trying, again,  to get out of the Hotdog house his selfish actions have landed him and his mother.

The specials are rammed pack with comedy that will make you belly laugh till you fall out of your seat, both me and my girlfriend were guilty of that more than once during South Park The Streaming Wars. Standout moments include Mr. Pipi returning (the owner of the pee water park), Mrs Cartman finally standing up to Eric- which results in him getting a breast implant, the boys finally coming across a lucrative business only to have no clue what everyone is actually asking them to do. The whole streaming wars parody of water rights is done cleverly and pays off in more ways than one.

The Characters of South Park: The Streaming Wars

The specials also help to further include Tolkien’s dad Steve, with him starting his own Credigree streaming service and being in the forefront for a lot of the two specials. It’s also nice to see the relationship of Stan and Tolkien evolve after the revelation of Stan’s and the audience’s blind racism to Tolkien thinking his name was the racially charged Token (as in the token black character).  Randy has his own character arc, evolving into something he has slowly been changing into over several seasons…. THE ULTIMATE KAREN!!!!!

To conclude South Park: The Streaming Wars parts 1 & 2 have been comedic specials that do not half deliver the laughs. The returning location of the water park and Mr. Pipi was a delight for me, as that was one of my favorite episodes when I was younger. The standout moment of these movies however hands-down be Cartman finally getting stood up to by his mother. Although all the visual imagery of people swimming in human pee is slightly off putting it doesn’t stop this South Park special being worth watching.

You can watch South Park: The Streaming Wars here, on Paramount+!