Finally, Spiderman has returned to where he belongs, MARVEL!

The huge news reveals that Spiderman will now join up with the Marvel Cinematic Universe (MCU) in phase 3, starting in 2016.

This news will not come as a shock after the Sony email leaks at the back-end of 2014, and after the poor showing at the box office for The Amazing Spiderman 2. This announcement, first and foremost, brings a lot of excitement and enthusiasm that the character had lost even after its reboot in 2012. The fans should be excited: if anyone can make a new franchise work, it is Kevin Feige, the Marvel Godfather; he has turned unknown characters like The Guardians Of The Galaxy and Thor into A-List names for comic book fans.

Spiderman, however, is a different kettle of fish. He is a universally known icon and character that has carried the Marvel comics for 70 years, but can he now integrate himself into the MCU? Most people would say: “Of course, why not?” However, there are some concerns that I have regarding this.

Marvel ultimately don’t need Peter Parker swinging by in one of their films; they will make over a billion dollars this summer with the ‘Avengers Age of Ultron’ and ‘Antman’. So, why bring him back home?

Well, that is exactly it: Spiderman is coming home, having been owned by Sony for many years and having really struggled since 2004, with Spiderman 2 (Sam Rami, 2004) being the last commercial and box office success. Since then, the MCU has evolved into a tornado of successful films, even when the characters are relatively unknown. The idea of Spiderman becoming part of the Avengers for ‘Avengers Infinity War Part 1 and 2’ is mouth-watering to say the least. So, ultimately, the main reason they have brought him back is because they want to, not because they need to.

Sony need this deal more than Marvel. They have struggled directing this series the right way despite new directions, directors and actors. They do still have the final say on production, scripts and casting, but crucially they have the safety net of Kevin Feige, who will help steer them in the direction the character will take.

All sounds good then, so what are the negatives about this news? Well, personally, the fact that Sony still have creative control worries me immensely. Yes, Marvel will be involved and will have the authority to make certain decisions, but ultimately it is still the same company who made The Amazing Spiderman 2 and Spiderman 3 (Sam Rami, 2007). Can Spiderman fit into the universe? It will be difficult for him to share a film as we suspect he will in Captain America 3: Civil War (Russo Brothers, scheduled for 2016). Would he steal too much focus away from the protagonists and the overall story? Yes, he might, but he could also offer a new exciting angle for the franchise to be taken in. His solo film has already caused a bit of a stir after the preceding films all needed their release dates to be pushed back by six months. Spiderman will now be released on the day that Thor 3: Ragnorok was scheduled, so is Marvel saying that he is more important to them than their rock Thor?

Overall, though, this is a win for fans of comic books and, more importantly, fans of the Spiderman comic books. He will provide the Avengers with something that they are yet to explore, and provide Marvel with another platform to dominate at the box office. I am personally happy about the deal, although I still have concerns after the last ten years. But good luck to Spiderman in the Marvel Cinematic Universe. My Spidey senses are tingling with excitement! 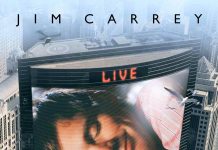