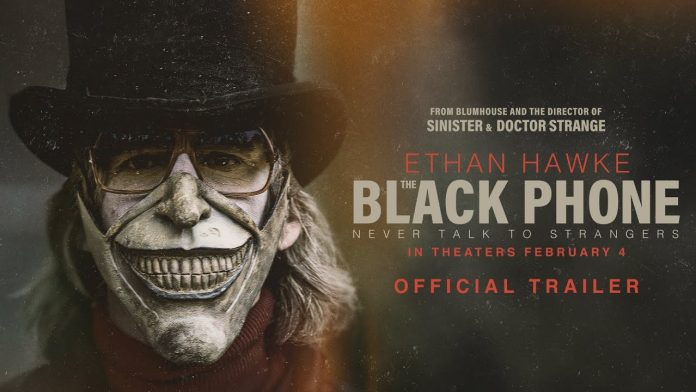 Blumhouse Productions have been a powerhouse of horror films for over the past decade. From their first production of Paranormal Activity to the more recent Halloween reboot they’ve produced many new cult classic horror films. Their newest instalment in their long line up is the The Black Phone. A film that mixes both the supernatural and the classic masked killer trope. How does this film compare to others in Blumhouses’ killer line up?

Minor Spoilers for the Black Phone below.

Plot of the Black Phone

The movie is about Finney, a thirteen-year-old boy who gets abducted by the serial killer, The Grabber. While locked in his basement Finney has access to a supernatural phone that allows him to talk with the Grabber’s past victims. It’s a race against time for Finney to escape before he meets the same deadly fate.

First and foremost this movie isn’t like your typical horror movie. It was a lot tamer then I was expecting it to be, given Blumhouses’ other productions. It lacks specifically on the typical gory horror elements, choosing to focus on the tension instead. From the protagonist being a child to the clautrophobic basement it gives a deep feeling of dread in every scene.

Since most of it does take place in the basement it becomes a semi ‘bottle’ movie. That means that the majority of the action takes place within one location. It uses the set effectivly, taking what would be boring in any other movie and making it as tense as possible. The victim’s ghost slowly reveal the information to Finney so it’s like watching . It uses the supernatural to it’s advantage to progress the story and give Finney help on his journey

The look and feel of this film are on point. The set designers and costume department really nailed the portrait of a 70s town gripped in child abduction panic. The whole tone is akin to something like Stranger Things in how dedicated it is to portray the time period. The editing also helps in this matter with certain flashbacks being edited to look like old 70s footage.

Finney Shaw (Mason Thames) is the main protagonist. Mason is incredible in the role and he really sells Finney’s character. He’s a resourcful protagonist in every sense of the word. It’s always freshing to see a character in horror who makes smart decisions and still have a hard time escaping their situation. It levels the playing field between the characters and allows the power dynamic to shift between the two of them. He has a clear character arc which he carries to a very satisfying conclusion. He portrays the transformation from scared little kid to a hardened survivor excellently.

All the child give a knockout performance in this film. They’re not too naive about the world but there’s also a sense of helplessness that comes from their younger age and their desperation to help. You can feel the frustration that Finney’s sister, Gwen, feels as the useless police get nowhere in their investigation. You feel the rage and aggression that all the previous victims feel towards the Grabber.

A horror movie is only as good as it’s killer and The Black Phone delivers. By far the creepiest part of the movie is its main villain. Played by actor Ethan Hawke, he brings a powerhouse performance to the role. Every time he’s on the screen there’s a gut-knotting tension. He’s like a jack-in-the-box that could lash out at any given moment. One moment he’s almost childlike in his demeanour and the next he’s about to kill Finney. He doesn’t even show his full face half the time but he’s able to convey everything he needs to with his eyes or his mouth.

Problems with the Black Phone

If there is one problem with the film it’s the comic relief. The film does deal with a heavy subject matter and needs moments of relief yet the way they chose to do it was very awkward. The Grabber’s brother is the main source of this and honestly the plot wouldn’t have changed much if he’d been cut out all together. He’s written as this weird conspiracy theorist and while he may fit the 70s vibe he doesn’t fit the thriller genre.

The Black Phone is a great one-shot horror film and one I can see becoming a cult classic in a couple of years time. While it’s more like a typical thriller then a horror it is definetly another hit for the Blumhouse. Even if you aren’t a typical horror fan it’s well worth watching for a character driven, emotionally charged thrill fest. 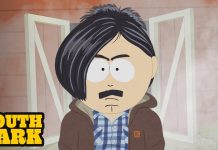