Well, I’ve managed to do it again. With the long anticipated fourth Matrix film, The Matrix Resurrections, hitting UK cinemas within weeks it seems like the perfect time to review the original 1999 smash hit. Arguably the film which made people stand up and notice Keanu Reeves, The Matrix still has imitators to this day. Without further ado, let’s get into my Matrix movie review.

At an abandoned hotel in a city, Trinity (Moss) , a computer hacker, attacks a police squad who were searching for her. She uses her superhuman abilities to kill the police but soon suited agents, with similar abilities, chase her down. Before the agents get her, she goes into a telephone booth and vanishes.

The First Sighting of the One

Soon after, we meet computer programmer Thomas Anderson, known as Neo (Reeves), being woken up by several references on his computer to the Matrix. Trinity then contacts him to say a man known as Morpheus (Fishburne) has the answers he wants. A team of agents and police, including Agent Smith, arrive to find Neo at his workplace to find him. Despite Morpheus trying to help him escape, Neo chooses to surrender. The agents then try to coerce Neo into revealing Morpheus’s location who they claim is a terrorist. Neo refuses so the agents seal his mouth shut and plant a bug in his stomach. Soon after, Neo wakes up and believes he’s just experienced a nightmare but when Trinity takes him to Morpheus, he realises everything was real.

Then, the iconic red pill or blue pill scene. Morpheus offers Neo the red pill to reveal the truth about the Matrix or the blue pill to return to his life in the Matrix. Neo chooses red and his surroundings begin to distort around him as he wakes up in a pod amongst countless other humans. Morpheus then brings him aboard his ship, the Nebuchadnezzar.

The War Between Humans and Robots

Because of a lifetime of physical inactivity, Neo slowly recovers whilst Morpheus tells him what happened. During the 21st Century, war between intelligent machines and humans broke out. After humans blocked the Sun denying robots solar power, the robots instead focussed on bio electric power from captured humans. They harvested the humans power while keeping their minds pacified in a simulated reality of 1999 called the Matrix. Any remaining free humans fled whilst Morpheus and his crew hack back into the Matrix to unplug and recruit them. Because of their knowledge of the Matrix’s simulated nature, they are able to bend it’s rules. Morpheus tells Neo about how Agents patrol inside the Matrix whilst Sentinels patrol outside. Due to his prowess in virtual training, Morpheus believes Neo is the ‘One’, a human destined to save mankind.

The Oracle and Neo’s Prophecy

The group enters the Matrix in order to find the Oracle, the person who predicted the One would emerge. However, she implies to Neo he is not the One. She also says that he will have to choose between saving his life or Morpheus’s life. Before they can flee the Matrix, a group of agents and police, led by Agent Smith (Weaving) ambush them because of a tip off from disgruntled team member Cypher (Pantoliano). Trying to buy time for the others, Morpheus fights Agent Smith but the Agent overpowers him and captures him. However, Cypher exits the Matrix and starts unplugging crew members, killing them. Before he can kill Neo and Trinity, Tank, another crew member, stops him. He then pulls Neo and Trinity out of the Matrix.

The Agents attempt to find out Morpheus’s access codes in order to destroy the remaining free humans. Neo decides to re-enter the Matrix along with Trinity to rescue Morpheus. Whilst rescuing Morpheus, Neo gains more confidence in his abilities. As Morpheus and Trinity exit the Matrix, Smith ambushes them and kills Neo. With the Nebuchadnezzar under attack by Sentinels, Trinity tells Neo the Oracle told her she was destined to fall in love with the One. Neo is comes back with newfound abilities which allows him to defeat Smith and the other agents. He then leaves the Matrix with Trinity just as the ship’s EM pulse disables the Sentinels. Neo then sends a message to the machines where he promises he will show their prisoners a world where everything is possible.

Now for the analysis part of my review of the Matrix and I’m starting with the special effects and visual design. Why? Because it’s an excuse to talk about Bullet Time. Bullet Time simply refers to a shot being done in slow motion whilst the camera appears to be moving at normal speed. Now, I’m not going into the science of bullet time but the fact the Matrix popularized this technique for other media is great. Also, the concept probably best fits the Matrix as the effect features when Neo and Agent Smith are fighting. They are two of the most powerful figures in the film. Furthermore, weird green light covers the scene which just reinforces the nature of the Matrix and only reaffirms my love of this film.

The Opening Scene of the Matrix

The next key part of the Matrix I’m going to analyse is the opening scene of the film which still stands as one of my favourite in cinema history. It helps illustrate Trinity’s abilities whilst downplaying the prejudice of the stubborn police captain. We see police officers, literally because of a very uncomfortable POV over the shoulder shot, find Trinity, who then beats them senseless. The use of a similar bullet time like effect makes it clear that not only is Trinity able to bend the Matrix’s rules but it also shows the Wachowskis paying homage to Hong Kong and martial arts cinema. Why? Both Wachowskis have admitted that Hong Kong cinema and Japanese animation informed their approach to making the Matrix. Just looking at the striking design, the influence of Ghost in the Shell is clear.

Now back to the topic of the opening, when Trinity is running across the rooftops from Agent Brown and the police, the Wachowskis temporarily use an extreme low angle shot. Now what is that shot’s purpose? Most likely to use the camera as a character to show how powerless the audience are in comparison to the Agents and Trinity. Again the use of slow motion is seen in the opening when Trinity dives across the roof towards a window. This again reinforces how Trinity is able to break the Matrix’s rules and it still looks cool, nearly 2 decades later.

How the Matrix was influenced

The final point of analysis in my Matrix review is how it was influenced and who it influenced. For example, let’s start with how it was influenced. Now I’ve briefly touched on Ghost in the Shell but a lot of the Matrix’s influences came from it’s genre: Cyberpunk. Especially within the cyberpunk genre, William Gibson’s Neuromancer. Both feature high concept sci-fi with a lot of black leather and strong female characters. Another key influence was the works of Philip K Dick which is more obvious due to his frequent comments about how we live in a programmed reality.

Who the Matrix has influenced

Now, let’s analyse what the Matrix has influenced since with two main types of film: parody and serious. Parodies of the Matrix have been seen everywhere from Shrek to Scary Movie. Damn that’s a sentence I didn’t think I’d ever say. For the serious films, look to Nolan’s Inception, Christian Bale in Equilibrium, Cameron Diaz in Charlie’s Angels (Damn, what is with Diaz and Matrix parodies) This just shows how far reaching the Matrix has been since it released in 1999 as it is probably still inspiring films now.

To conclude my Matrix review, if you love Keanu Reeves, black leather and Hugo Weaving being everyone in sci-fi films, then you will love this mind bending and brilliant film. 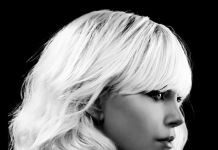 Movie Opinion: The Oscars 2015: And The Winners Were …